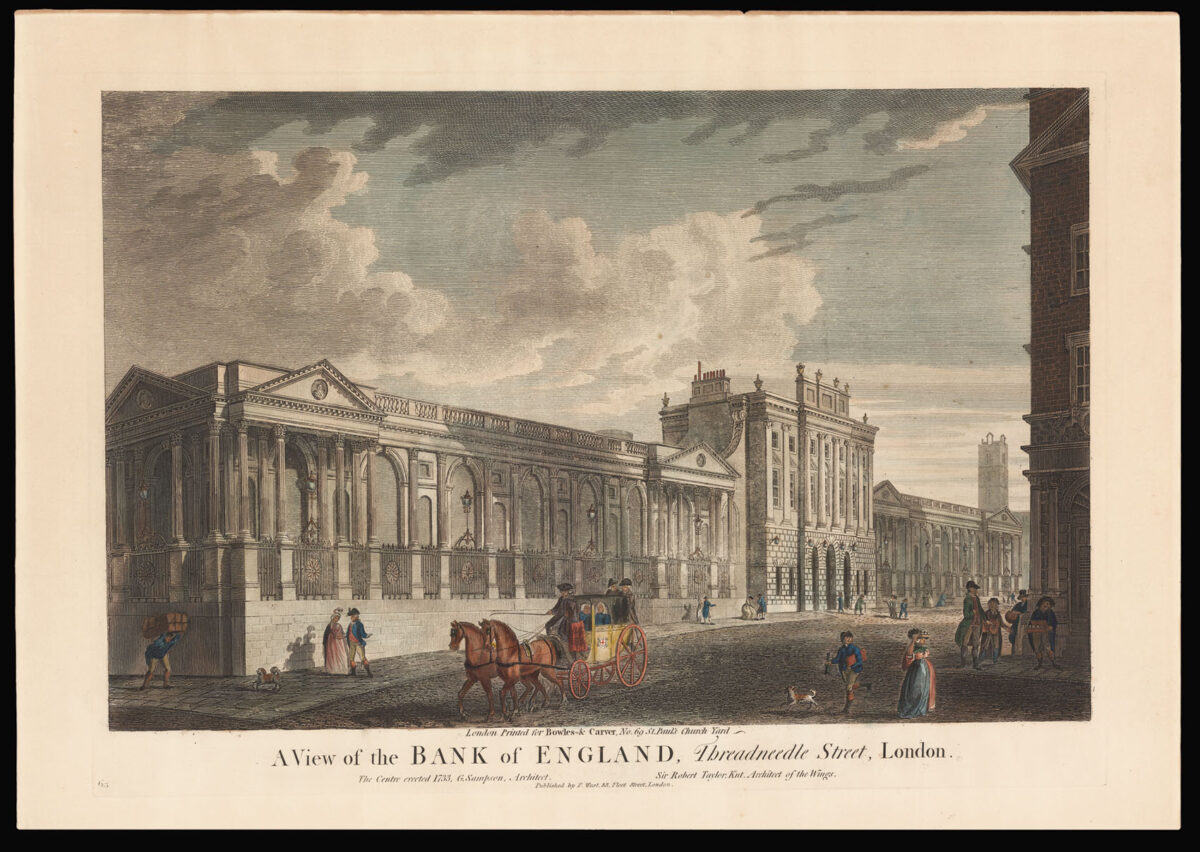 The Old Lady of Threadneedle Street

A later impression of Henry Carington Bowles and Samuel Carver’s print of the Bank of England. West has acquired the Bowles plates when Robert Wilkinson’s (Bowles and Carver’s successor) stock and plates were auctioned by Sotheby’s on 29 September 1825. West would republished the print in ​‘A Collection of Views of Old London and its Environs’.

The print shows the Bank from Threadneedle Street, with the central gateway designed by George Sampson in 1734, and additional screen walls by Sir Robert Taylor. By the time West produced his book, the Bank had been almost completely rebuilt by Sir John Soane. Soane replaced Taylor’s rotunda, remodelled the Threadneedle Street entrance, and extended the bank to the north west.