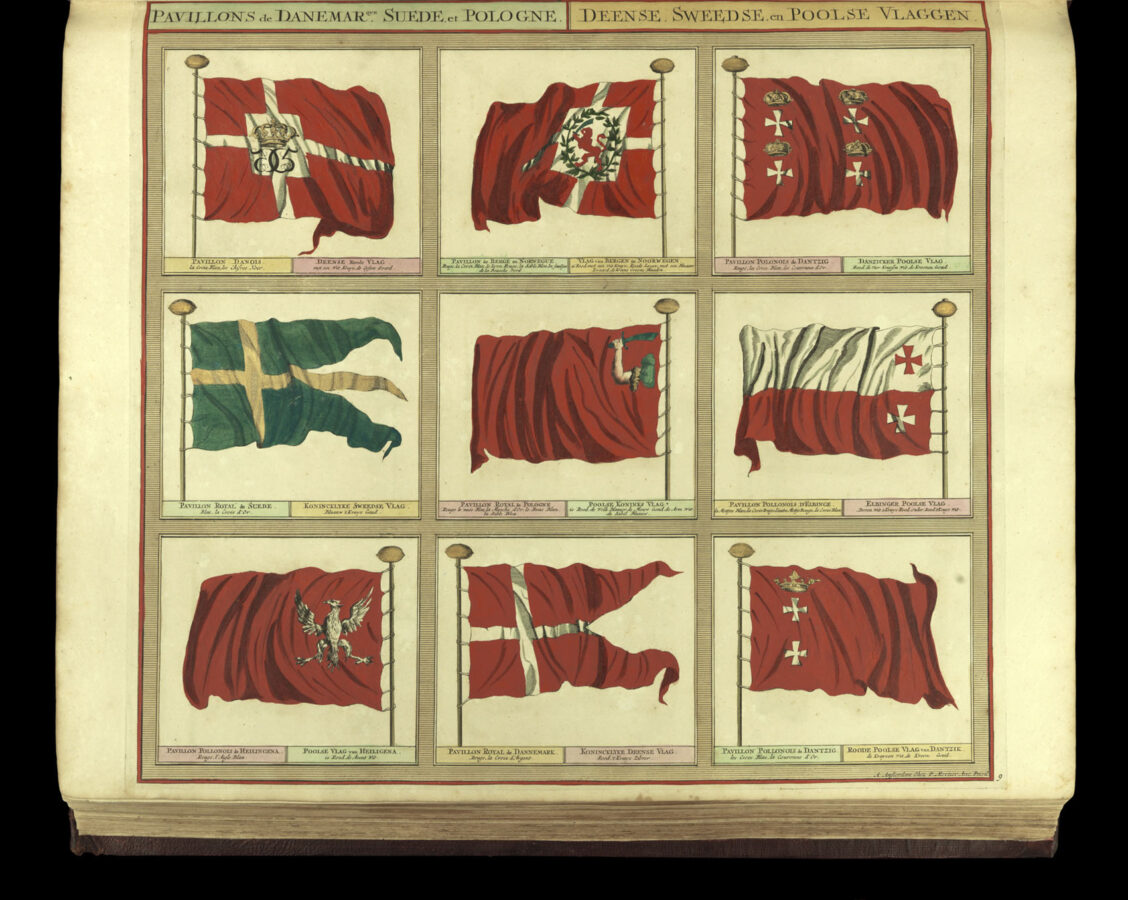 The naval ensigns of Sweden, Denmark and Poland

A chart of the naval ensigns of Sweden, Denmark and Poland.