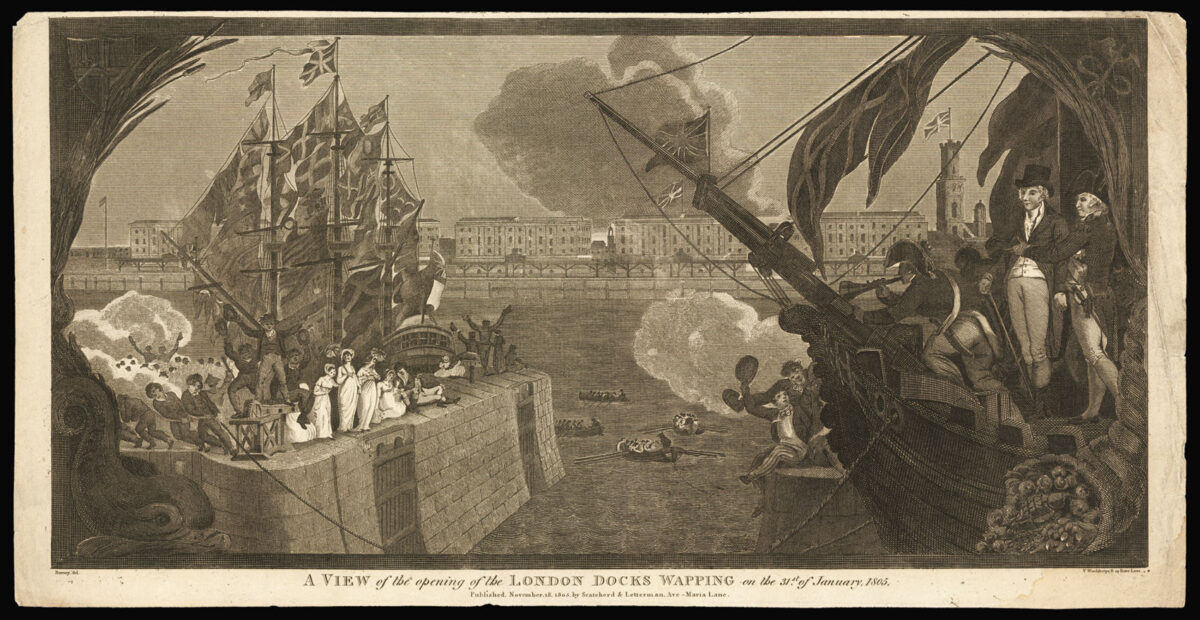 A View of the Opening of the London Docks Wapping on the 31st of January 1805.

The London Docks at Wapping in the Port of London were begun in 1799, in order to provide more capacity on the River Thames. London had become one of the busiest ports in the world and the wait to unload at the existing docks could be as long as a month, increasing the risk of theft. The London Docks were designed by John Rennie and Daniel Asher Alexander. Although opened in 1805, construction did not end until 1815. The foundation stone contained two glass bottles with examples of the current coinage and medals commemorating George III’s recovery from madness and the Peace of Amiens. The company were given a monopoly for 21 years, so all ships with cargoes of tobacco, rice, wine or brandy had to unload there, unless they came from the East or West Indies. It began the rush to build other docks along the river to take advantage of London’s booming trade.

Edward Francis Burney (1760–1848) was a British artist, and the cousin of the diarist Fanny Burney.