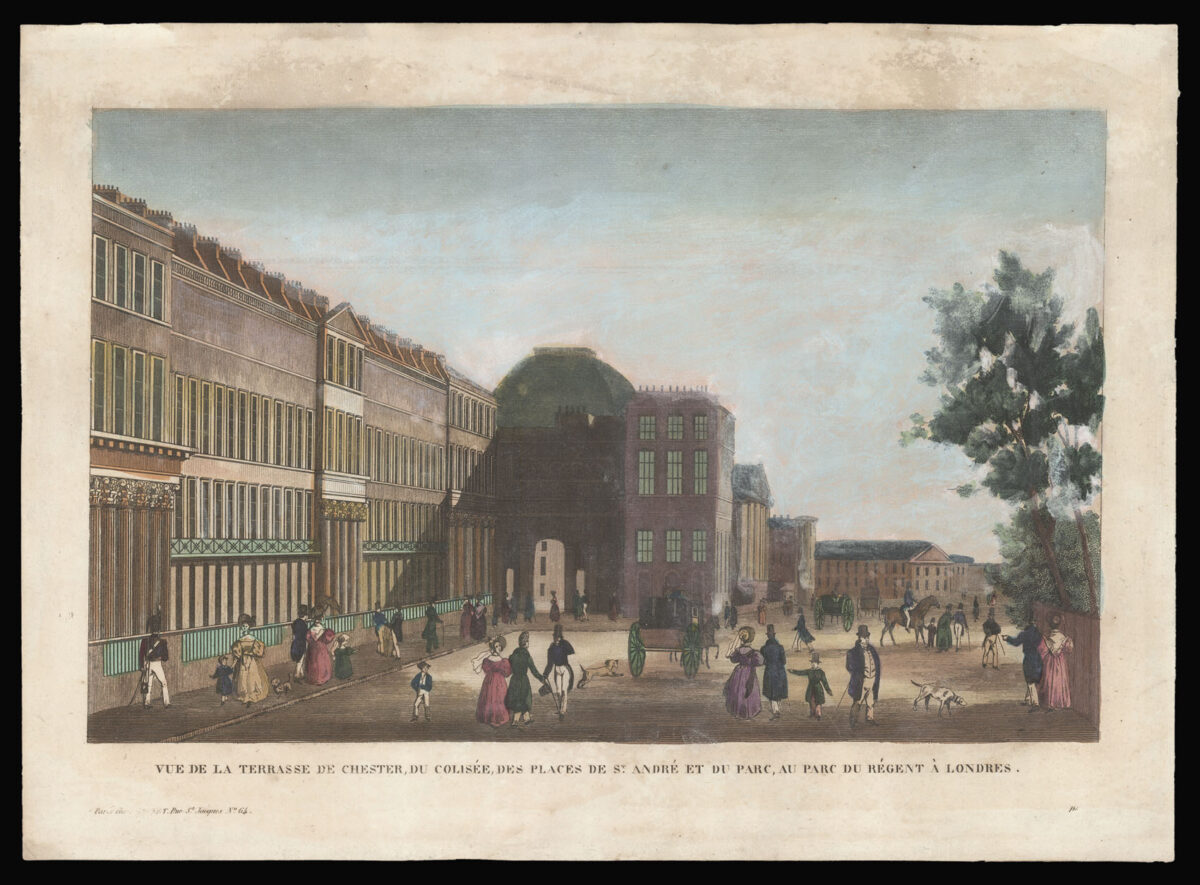 The building in the print is the ​‘Diorama’ or London Colosseum. The Colosseum was purpose-built to house an enormous panoramic painting of London created by the artist Thomas Hornor and E.T. Harris. Hornor had made the drawings for the panorama from a temporary hut built on top of St Paul’s Cathedral while the cross on the dome was being replaced. It took four years for Harris and a team of painters to complete it, and the painting covered over 40,000 square feet.

The building which housed the panorama, based on the Pantheon, was designed by Decimus Burton. The painting and building together were so costly that a major backer, the politician Rowland Stephenson, ended up fleeing to America to avoid his debts, as did Hornor.

Paul-André Basset was a French dealer and publisher active in the late eighteenth and early nineteenth century.