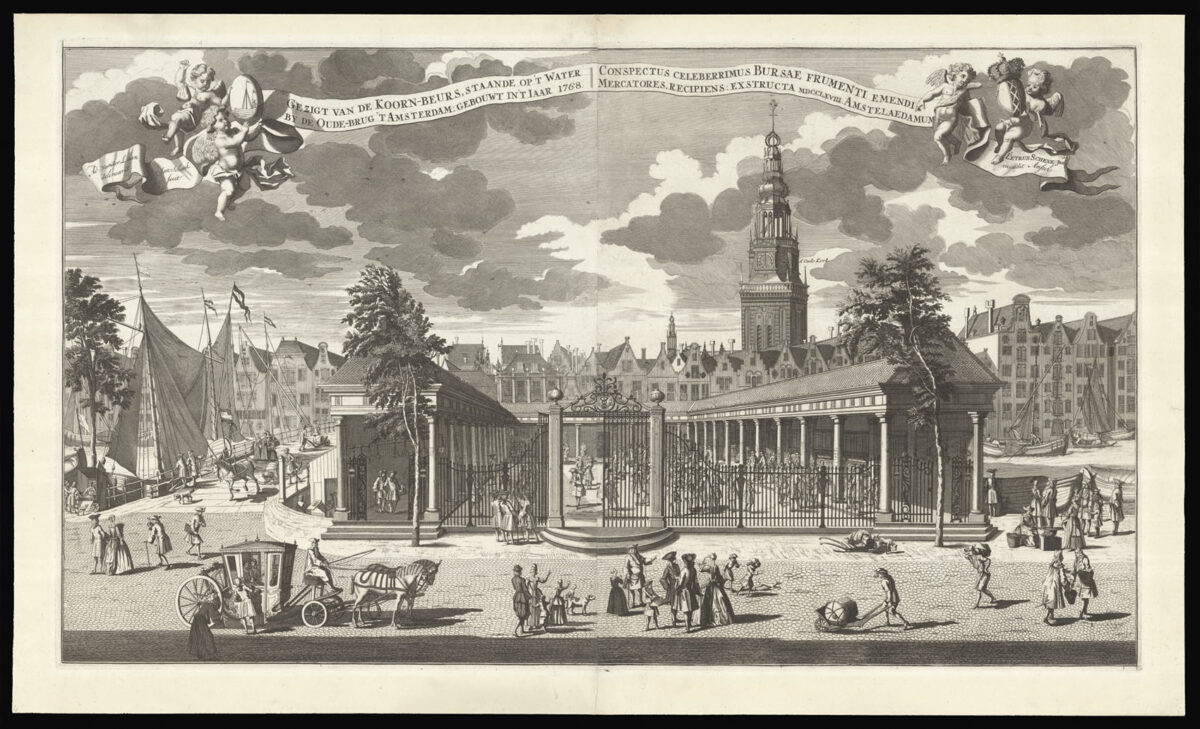 The Korenbeurs or Corn Exchange was located on the New Side of the Damrak, south of the Oude Brug , on the site of the current Beurs van Berlage .

The Korenbeurs was built in 1617 under the supervision of city architect Hendrick de Keyser , who was also responsible for the construction of the Koopmansbeurs in Rokin , completed in 1611. The simple building consisted of a courtyard surrounded on three sides by a wooden stoa. The middle stoa fronted the canal, and allowed ships to unload directly into the exchange. Samples of the grain, the majority of which had been imported from the Baltic, were housed in boxes, which hung on the walls of the other two stoas.

In 1768, the Exchange was rebuilt in stone — the present view. The building was demolished in 1884, a year after the damming of the part of the Damrak between the Papenbrugsteeg and the Oude Brug.