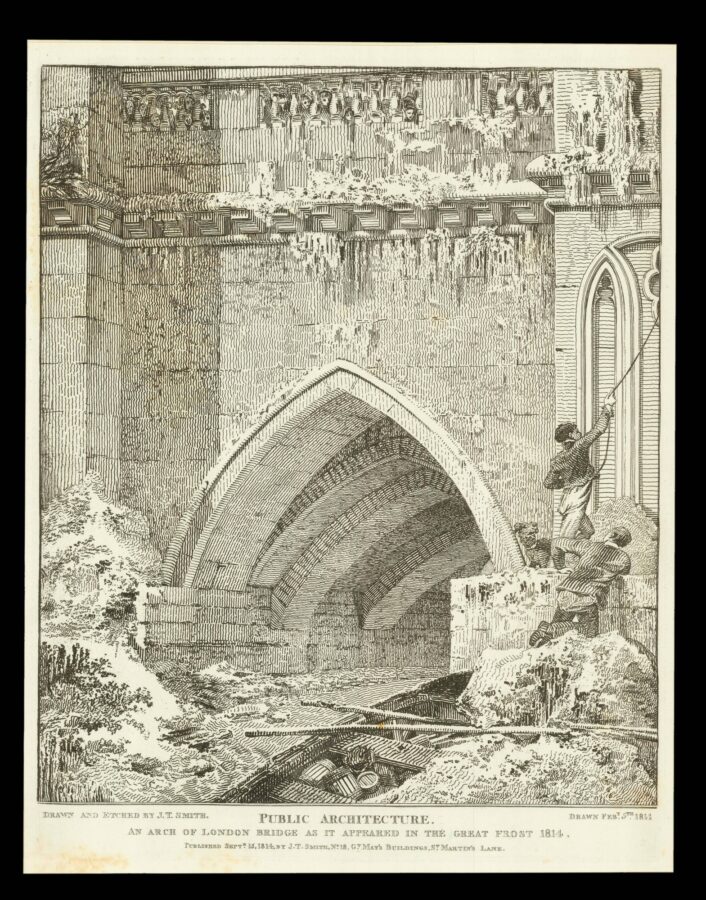 Public architecture. An arch of London Bridge as it appeared in the Great Frost 1814.

Smith’s iconic image of the frozen waters beneath London Bridge, was first printed, as here, in his ​‘Ancient Topography of London: Containing Not Only Views of Buildings … But Some Account of Places and Customs Either Unknown, Or Overlooked by the London Historians’ (1815). It shows the ​“King’s Lock” of London Bridge from the east, beneath which two men and a dog are scrambling up from a boat submerged in ice, since the river has solidified. Rather than signifying an actual lock, the King’s Lock refers to the arch through which the monarch typically went when travelling by river. 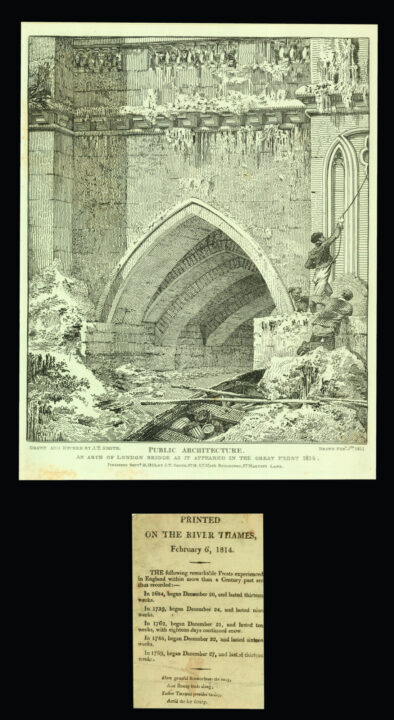