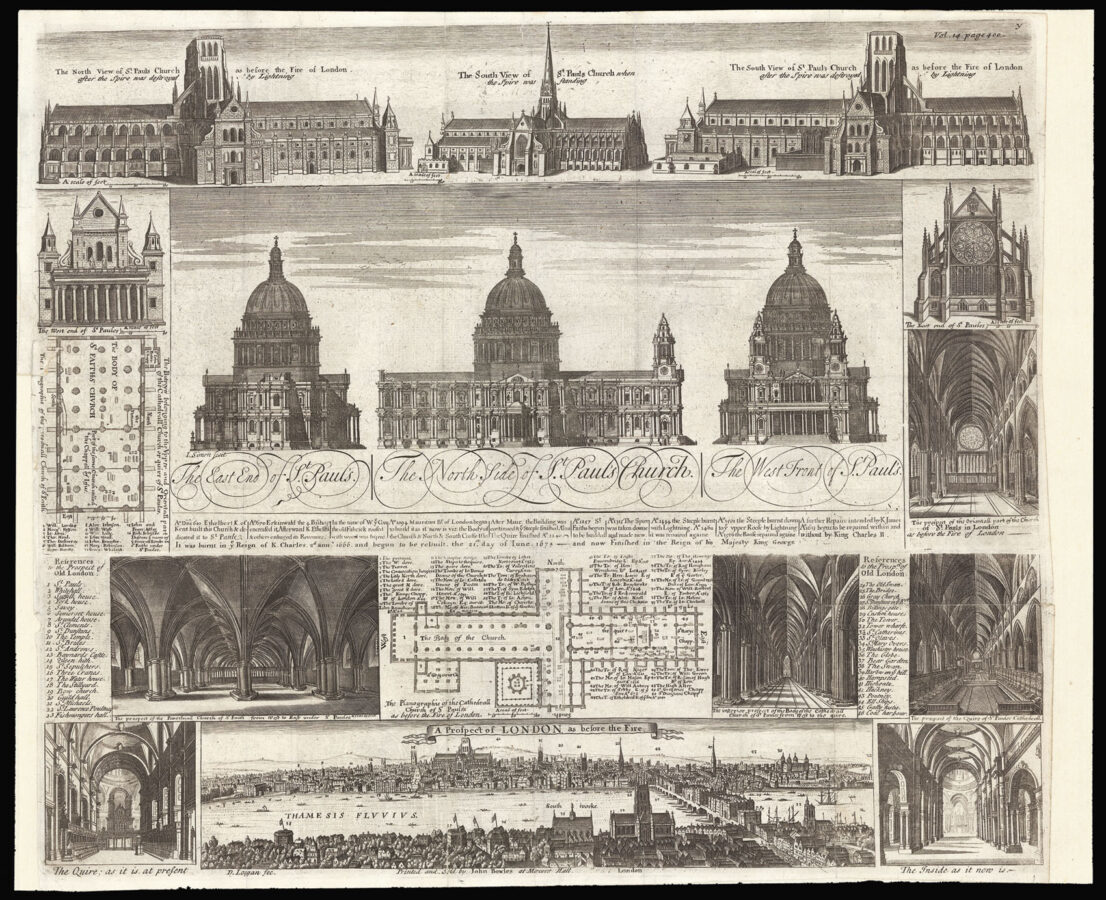 The history of St Paul’s

[Views of St Paul’s Cathedral before and after the fire, with a prospect of London before the Fire].

A broadsheet with different views of St Paul’s Cathedral, from its first incarnation as a medieval structure to Christopher Wren’s new creation. At the top are three representations of the old St Paul’s, including one with the spire still standing, before it was hit by lightning in 1561, causing a fire hot enough to melt the cathedral’s bells. Underneath are three views of the new St Paul’s, with the east and west ends of Old St Paul’s. There is also a floor plan of the old St Paul’s, and various views of the interior. At the lower edge is a prospect of London before the Fire of London, showing old St Paul’s.

The plate was originally published in 1658 by Daniel King as a broadside urging the restoration of St Paul’s. After the English Civil War and during the Protectorate of Oliver Cromwell, the Cathedral had been severely damaged: the lead was removed from the cathedral’s roof to use to make water pipes; the interior was used as a cavalry barracks; and coal smoke disintegrated the stonework. It was re-engraved ​“to make the plate saleable for a new market which saw King’s views as historical evidence of the old St. Paul’s, and no longer as a political statement about the neglect of the Cathedral by the Commonwealth” (BM). Construction of the second cathedral was only fully completed in the late 1720s, so it was a topic of contemporary interest. It was republished in 1731 as part of the series ​‘London Described’ by Bowles.