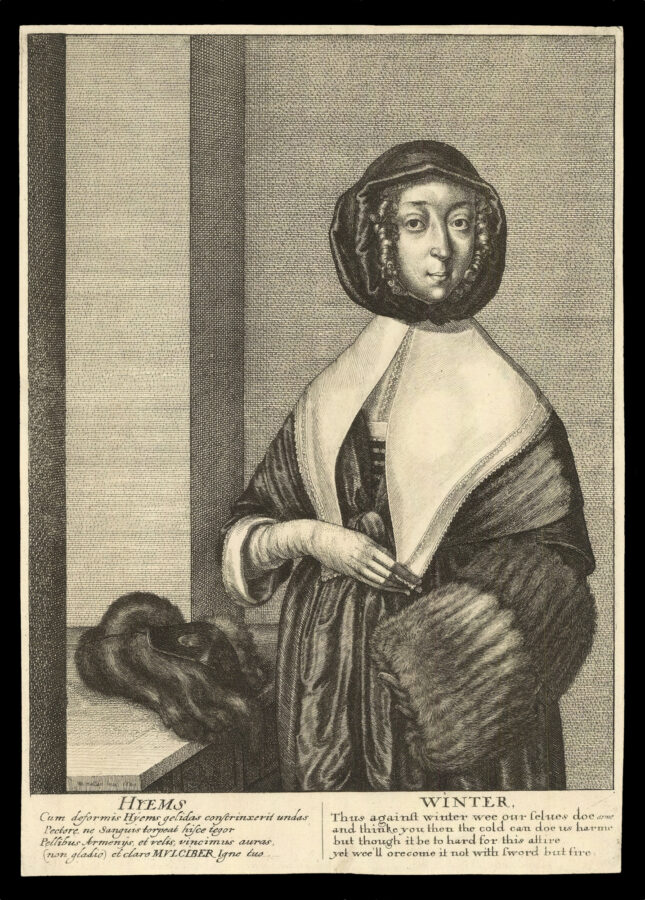 Wenceslaus Hollar produced six different series of prints representing the seasons. Three of these sets are comprised of female personifications, one of four full-length figures standing outside, and the other two of three-quarter-length portraits of women in interior settings. The present examples are of the second kind, with Autumn, Winter, Summer and Spring shown as luxurious attired ladies surrounded by symbolic objects and described in a short verse, printed below the image in both Latin and English.

Autumn is represented by a young woman with fair hair wearing a black scarf tied under her chin over a lace-trimmed white collar, which covers her shoulders. Her right hand rests on plate with fruit, with an apple held in her left. The background is notably plain. The verse describing the season reads:

​“Our joy and sorrow now come both together
Autumne brings freute, but Also cold weather
Here tast the first the last you’ll feele no doubt
Except attird like mee you kepe it out.“

Winter likewise stands in a plain room and is represented by young woman. A black hood surrounds her dark curls, and her voluminous black dress is ornamented with a large lace-trimmed white collar. She is holding a large fur muff in her left hand, while a fur stole and half mask lie on the table to her right. The season is described in verse below the image:

​“Thus against winter wee our selves doe
and thinke you then the cold can doe us harm
but though it be to hard for this attire
yet wee’ll orecome it not with sword but fire.“

In contrast to Autumn and Winter, the personification of summer stands against an open window draped with curtains, through which a bay is visible. Allthough her face is veiled, her attire is far more exposing than those of the former seasons. She holds a fan in her right hand, while resting the other on a light pair of gloves lying on the table, which also bears two pumpkins. The heat of summer is described in the verse:

​“In Summer when wee walke to take the aire
Wee thus are vayl’d to keepe our faces faire
And lest our beautie shoolld be soyl’d with sw[eat]
Wee with our ayne fannes depell the heate.“

Spring is portrayed as a fashionably dressed young woman in the most elaborate setting, as she stands beside a table covered with a cloth, on which there is an ornate vase holding a vast bouquet of flowers. A garden can be seen through the large window behind her. Her head uncovered, she wears a low cut dress veiled by a transparent collar trimmed with two lace borders. To her right the muff used during the winter is being stored in a case, as described in the accompanying verse:

​“Ffurs fare you well the Winter is quite gone
And beauty’s quarter is now coming on
When nature striveth most to show her pride,
Our beauty’s being the cheefe we must not hid[e]”

Stamp: G.A.C.: Col. George Ambrose Cardew (1865–1941), Army officer in WWI, after the war he became a dealer and collector of old master prints. 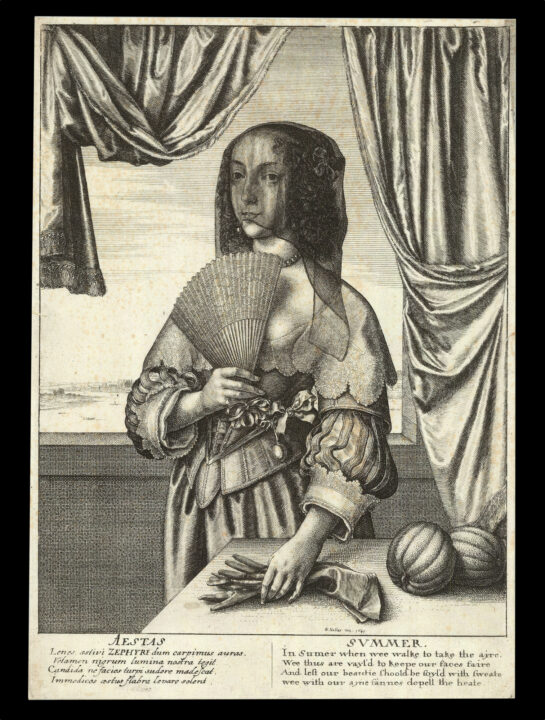 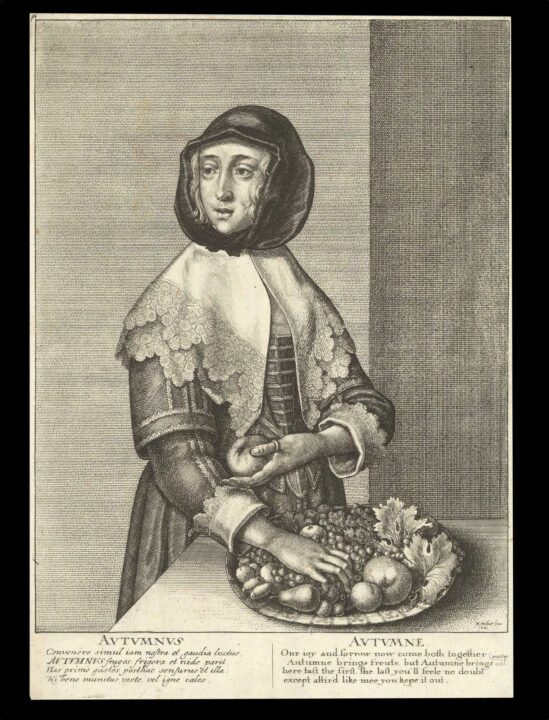 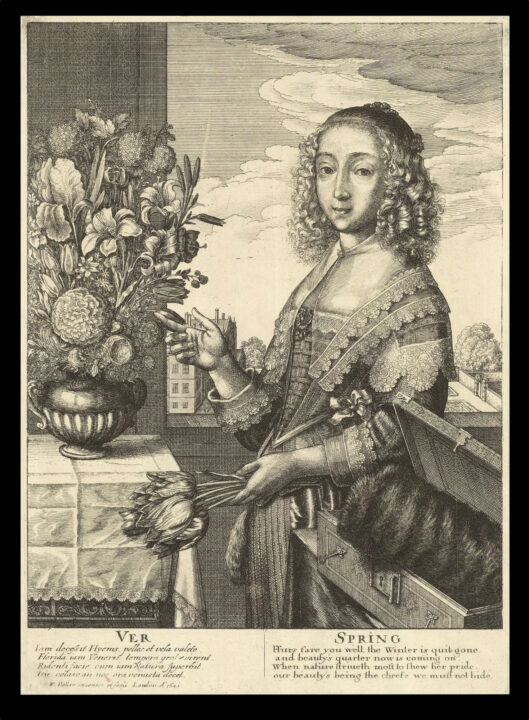