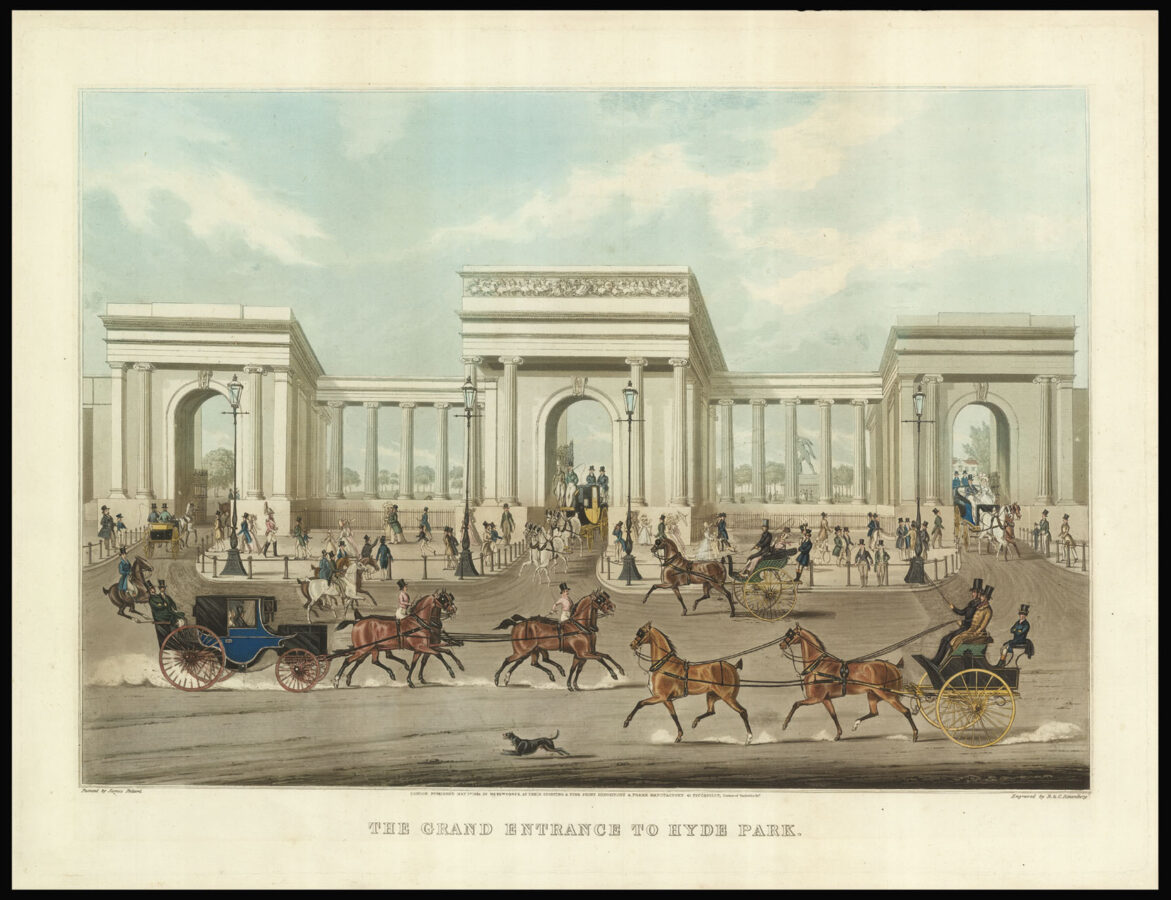 By ROSENBERG, R[ichard] and C[harles] after POLLARD, James, 1844

The Grand Entrance to Hyde Park.

A print of the new entrance to Hyde Park, commissioned by George III and designed by Decimus Burton. This is the second state of the print; the first was published in 1828.

James Pollard (1792–1867) was a sporting painter and engraver. He began his career engraving his father Robert’s pictures, and gained a reputation for his own sporting and coaching scenes after receiving a commission from Edward Orme, the royal printseller, for an inn signboard.