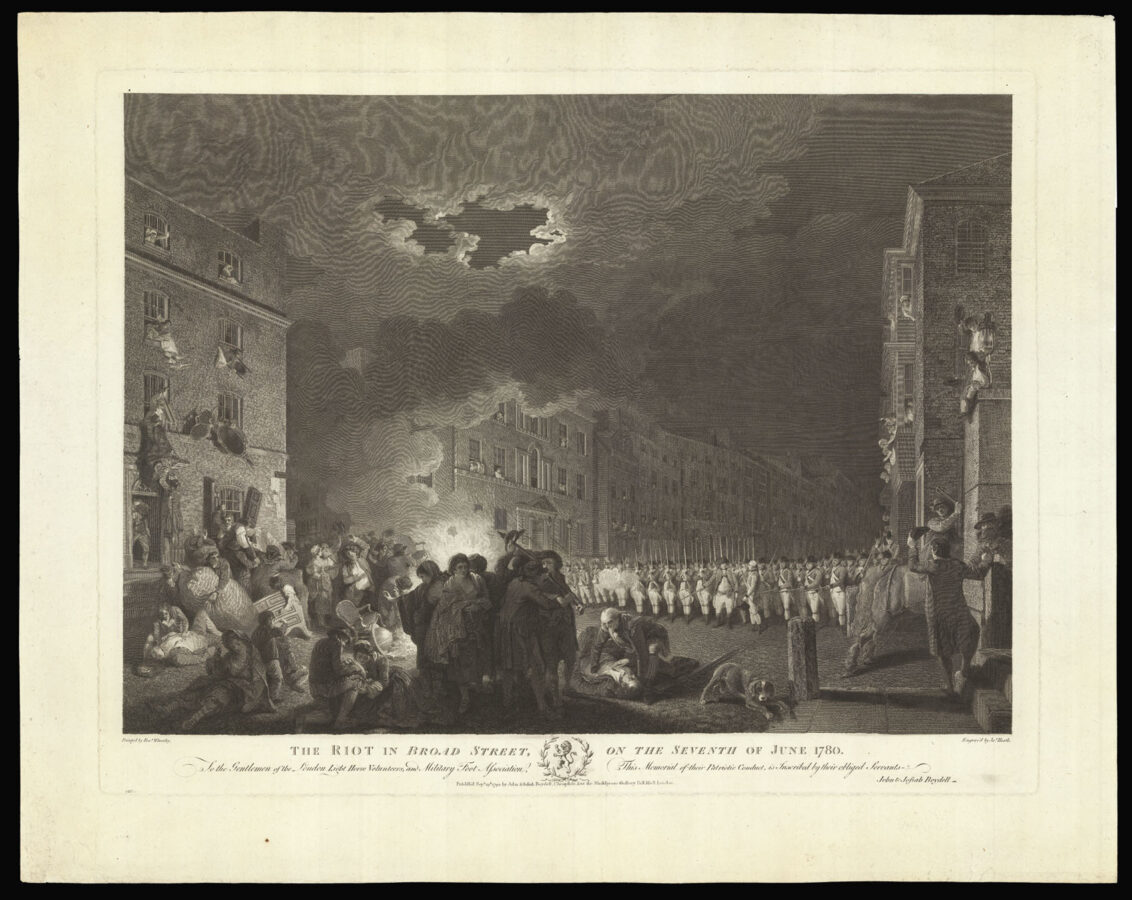 By HEATH, James after WHEATLEY, Francis, 1790

The Riot in Broad Street on the Seventh of June 1780.

The Gordon Riots broke out across London in June 1780 in protest at the Papists Act, passed two years before. The Papists Act had lifted a number of the Penal Laws in Britain, which discriminated against Roman Catholics. The Protestant Association in London, led by Lord George Gordon, marched on Parliament along with other protesters to present a petition against the Act. The disturbance spread, resulting in the destruction of Newgate Prison and the Clink, and the escape of the prisoners. After several days, troops were sent against the rioters.

The print was made after a painting by Francis Wheatley, commissioned by the publisher John Boydell. It shows a specific incident during the Riots, when the house of a rich Catholic Irishman, Mr Donovan, was attacked and looted. Troops arrived and fired on civilians after giving them several orders to disperse. The painting was destroyed while the engraving was being made from it, but the print was widely circulated. It is dedicated to the London Light Horse Volunteers, who helped during the riots, and was possibly commissioned to show the inadequacy of the authorities’ response.