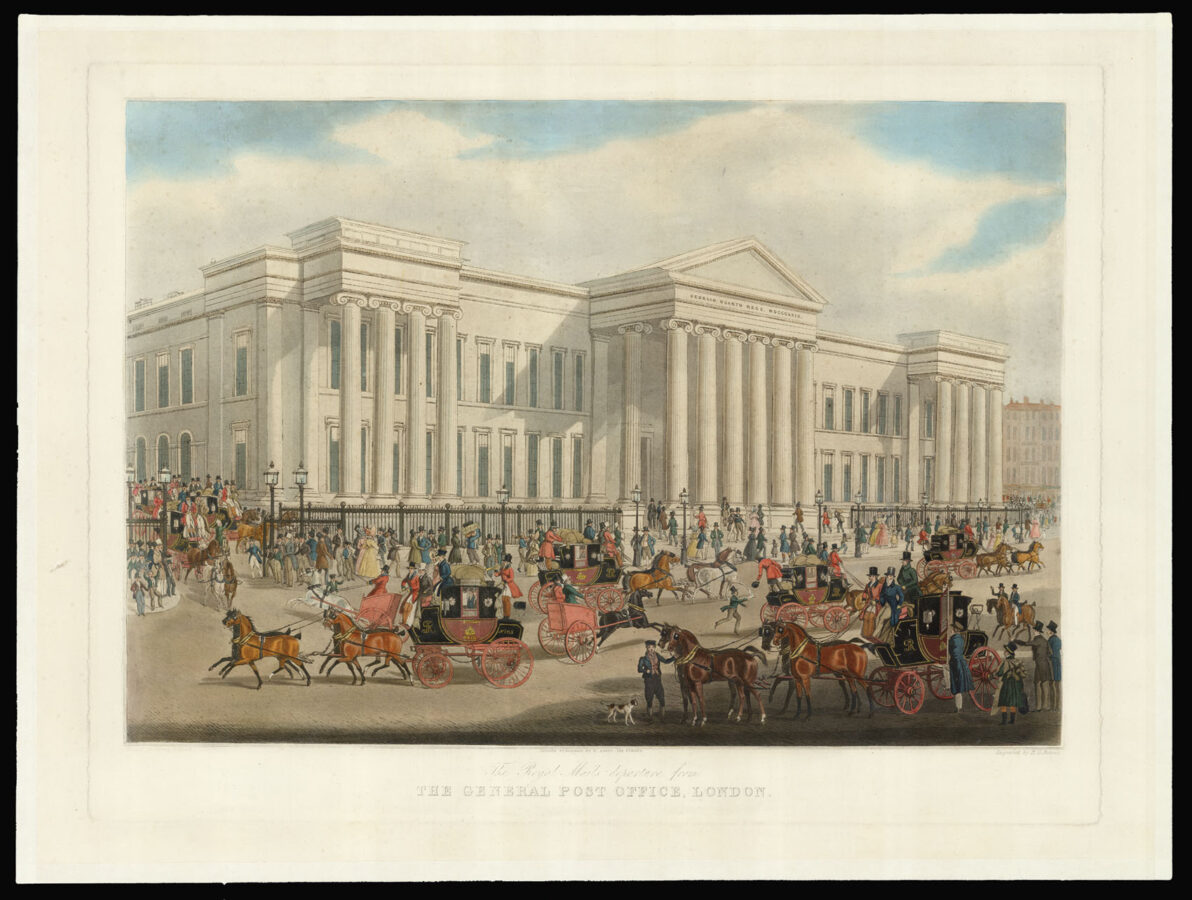 The Royal Mail’s Departure from the General Post Office, London

A view of the General Post Office in the City of London, showing the mail coaches departing. The Post Office was designed by Sir Robert Smirke and built between 1823 and 1829, suggesting that the print was made soon after to celebrate its opening. The British Library holds copies by a further two different publishers, suggesting that the print was popular.

James Pollard (1792–1867) was a British painter well known for his sporting and mail coach scenes.