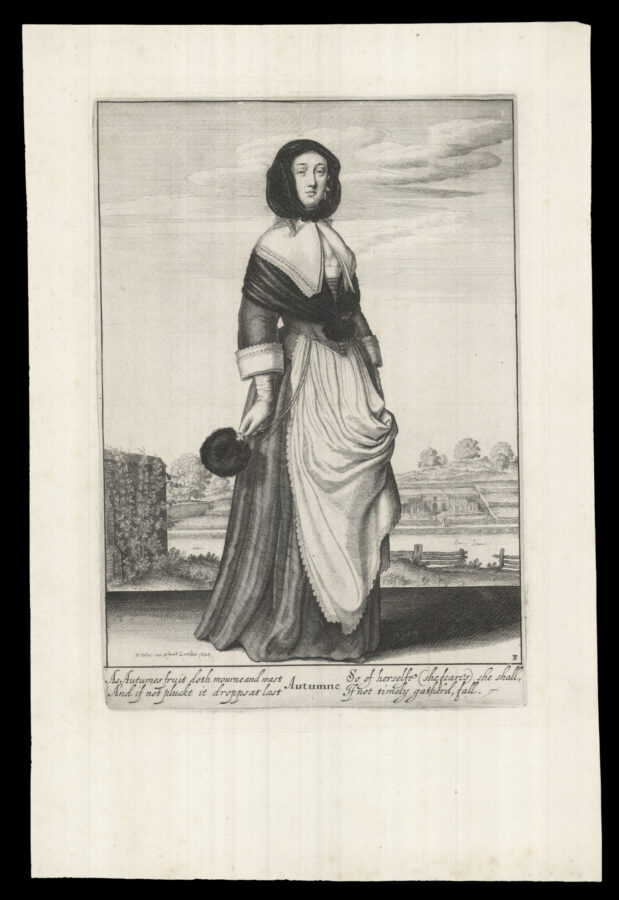 In the 1640s, Wenceslaus Hollar produced a series of personifications entitled ​‘Full-length Seasons’. His depiction of spring, a female figure, is set against the background of a large country house with an impeccably manicured garden. She wears an elaborate dress with a sheer, lace-trimmed collar, with an arrangement of flowers in her loose hair and a bouquet of flowers in her right hand. Below the image are four lines of verse describing the season:

​“Welcom sweet Lady you doe bring
Rich presents of a hopefull Spring
That makes the Earth to looke so greene
As when she first began to teeme.“

His depiction of summer stands in profile with her head and face covered by dark veil, wearing low-cut dress with puffed, slashed sleeves and white lace collar falling to her elbows. In her right hand she is holding an open fan with her right hand. In the background is a large park with tree lined avenues, open expanses of grass, and on the right hand-side a largely stately building. There are various figures wandering through the park. Below the image is a short verse describing the season:

​“How Phoebus, crowns our Summer days
With stronger heate and brighterrays;
Her lovely neck and brest bare,
whilst her fann cools the Ayre.“

Hollar’s personification of autumn is equally apt, with the female figure standing on the banks of a river with a large house in the background, wearing a long dress with collar and shawl, as well as a dark scarf wrapped around her head. In one gloved hand she holds a fur purse attached to her dress by a cord. The verse describing her reads:

​“As Autumnes fruit doth mourne and wast
And if not pluckt it dropps at last
So of herself she fears she shall,
If not timely gather’d fall.”

His depiction of winter is set in Cornhill against the background of the Royal Exchange, with people travelling along the street by foot, coach or horse. The woman representing winter stands wearing a black mask and long fur coat. Below the image are four lines of verse describing the season:

​“The cold, not cruelty makes her weare,
In Winter; furrs and wild beastshaire;
For a smoother skinn at night
Embraceth her with more delight.” 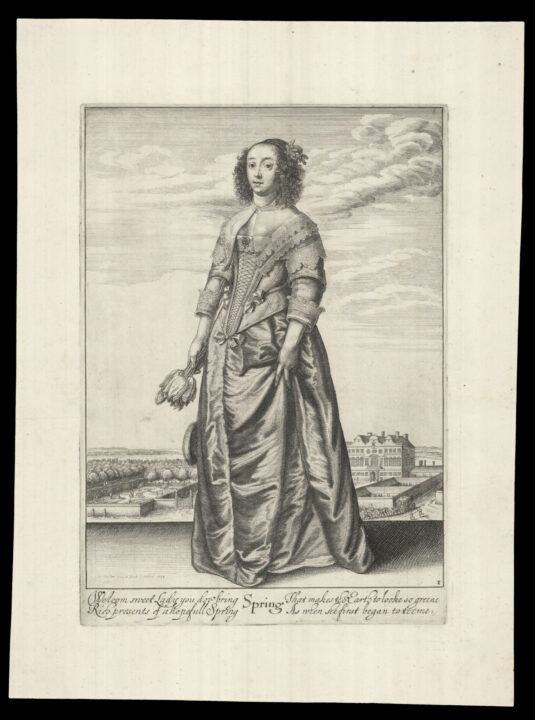 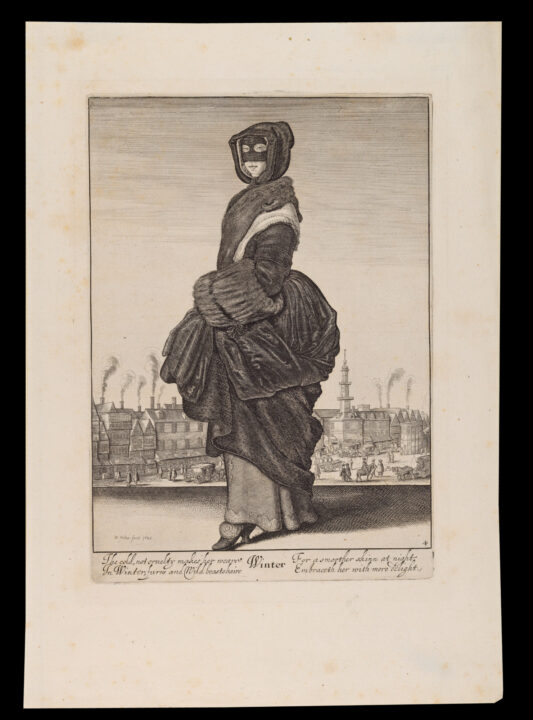 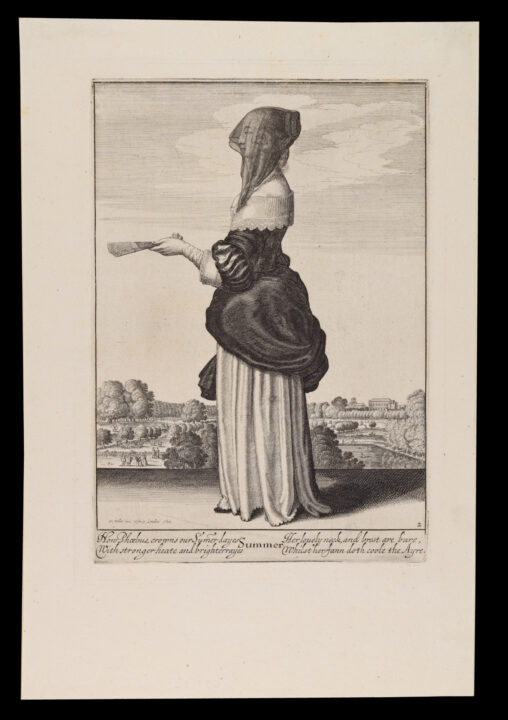