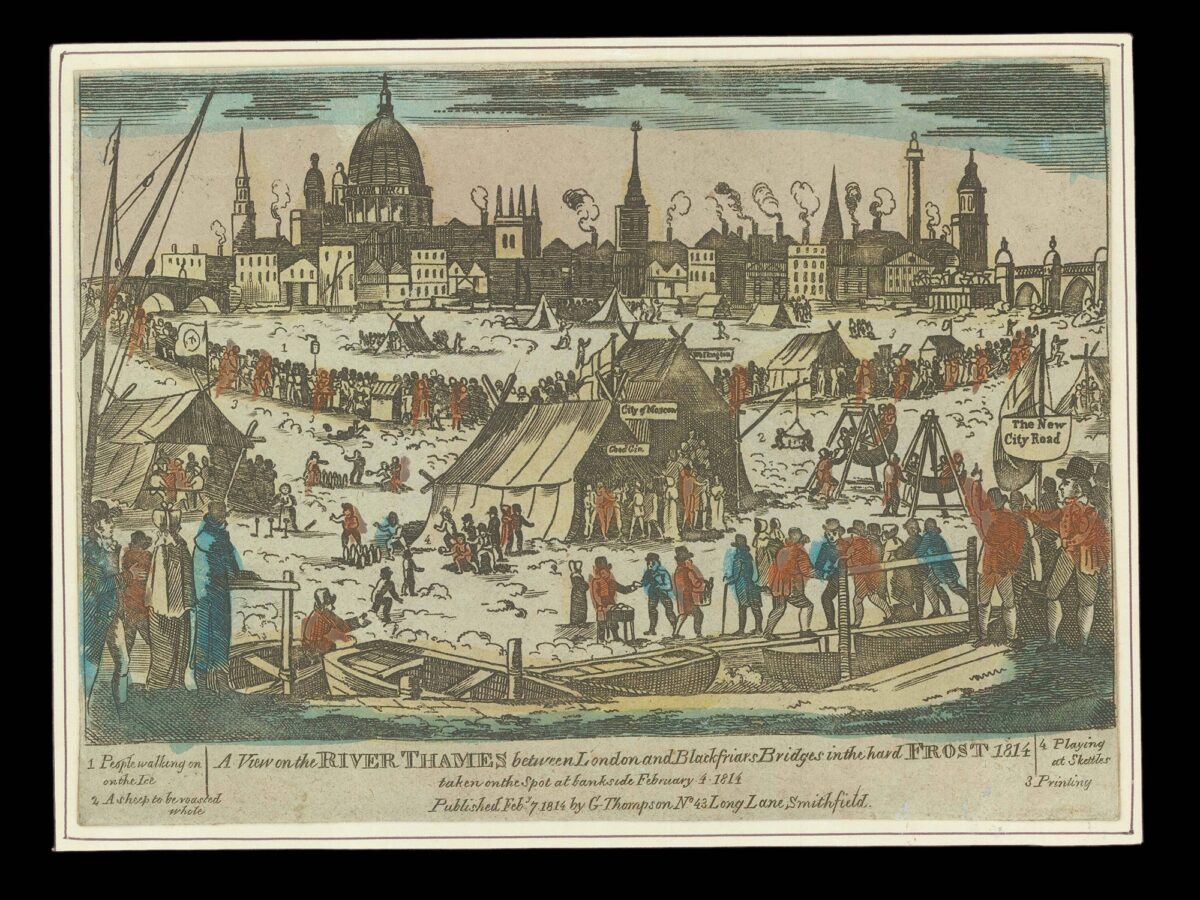 A View on the River Thames between London and Blackfriars Bridges in the hard Frost 1814 taken on the Spot at bankside February 4 1814.

George Thompson’s (d.1826) view of the Frost Fair on the frozen River Thames of 1814, is taken from Bankside, showing Blackfriars Bridge and St Paul’s on the left, London Bridge, the Monument and St Magnus on the right. As with other views of the fair in its final days, the ice is full of tents and stalls, and people. The latter are slipping, sliding, swinging, and according to the key, ​“walking on the ice”, ​“printing”, and ​“playing at skittles”. There is a tent offering ​“Good Gin”, another purporting to be the ​“City of Moscow”; and a ​“sheep to be roasted whole”.

Many of London’s printmakers capitalized on this carnival atmosphere by producing souvenirs of the great event. These included engraved scenes, portraits, poems and, perhaps most prolifically, personalized tickets, which gave attendees the opportunity to commemorate their trip onto the ice with a print bearing their own name. During the fair of 1814, multiple printmakers actually installed their presses on the ice; their souvenirs, ​“printed on the River Thames”, were extremely popular.

One such press appears in Thompson’s print, at a stall in the centre of the river where the printer is producing prints on demand for an eager queue of punters. 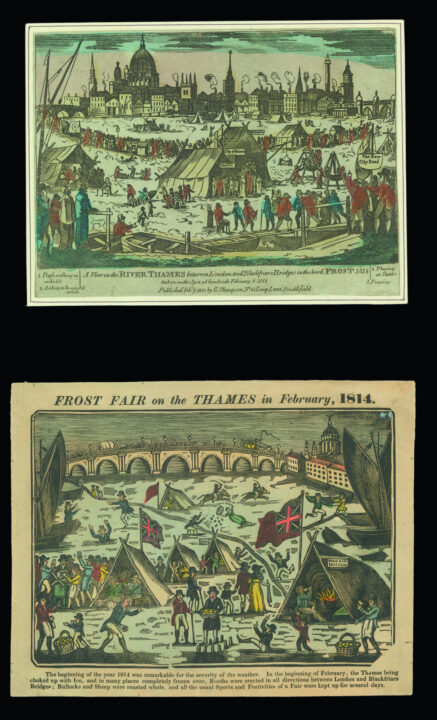