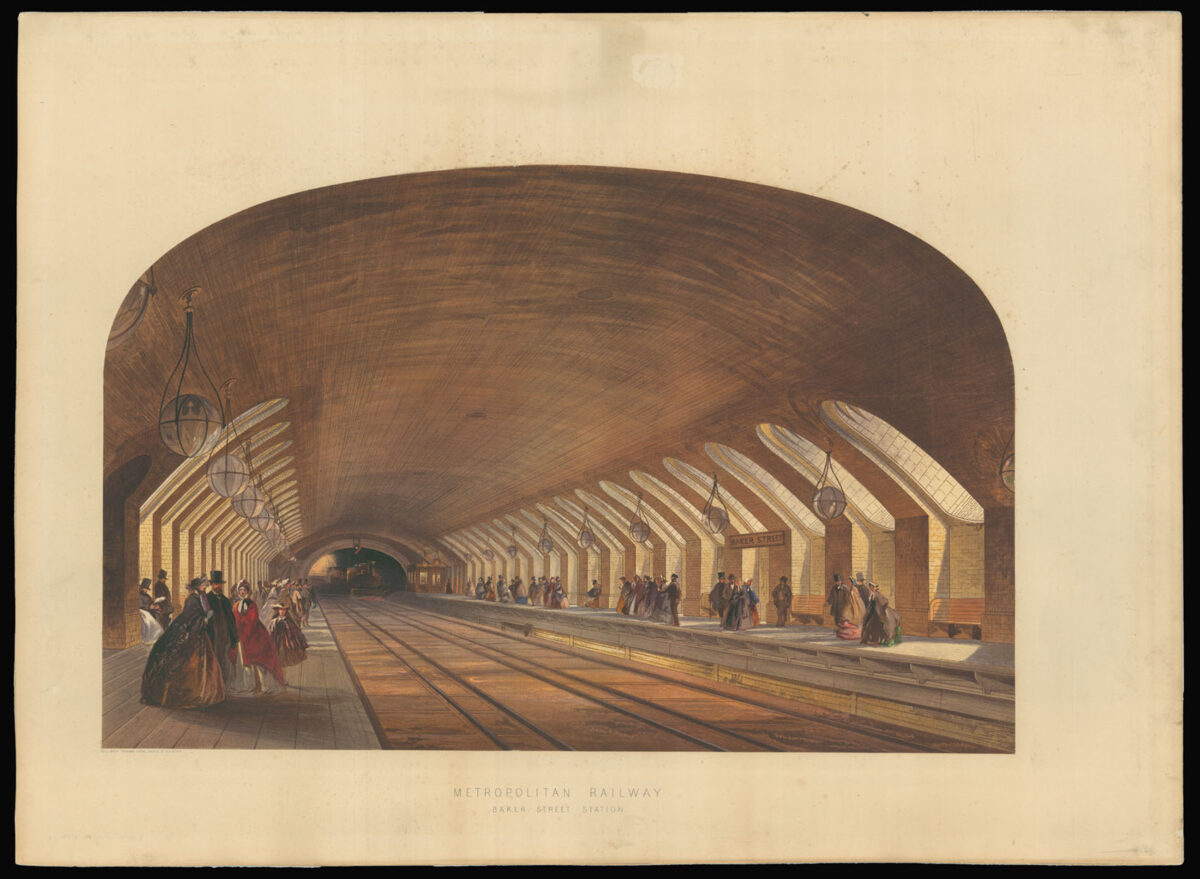 The first underground railway in the world

Baker Street is one of the oldest stations in London, and now has the most platforms of any station on the Underground network. It was part of the Metropolitan Railway, which opened in 1863, the first underground railway in the world. This innovative addition to the existing rail system in London was meant to ease the congestion in the city driven by an exploding population and high density building.

The print was presumably produced to celebrate the inauguration of the opening of the line.