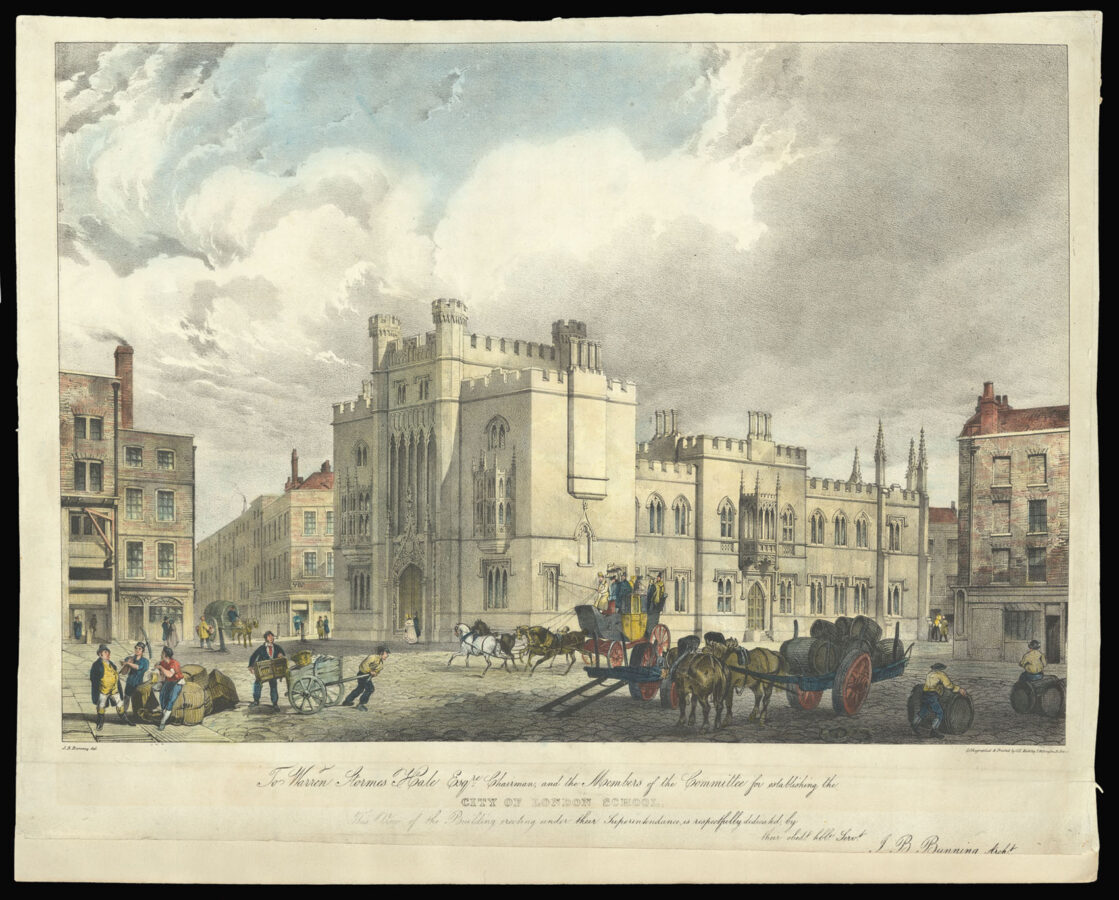 The first school to teach science

City of London School. The View of the Building erecting under their Superintendance is respectfully dedicated by their obedt. Hble. Servt. J.B. Bunning Archt.

City of London Boys’ School grew out of a fifteenth century bequest left to educate sons of London citizens. In 1823, the Corporation of the City decided that the excess income from the bequest should be used to found a permanent school. The original site, shown here, was in Milk Street near Cheapside, designed by James Bunstone Bunning and completed in 1837. The school was unusual in that it accepted non-Anglican and Jewish pupils, and was a day rather than boarding school. It was also the first school in England to include science on the curriculum.

James Bunstone Bunning (1802–63) was a British architect, and from 1843 acted as Clerk of the City’s Works to the City of London. He is best known for designing the Coal Exchange and remodeling Newgate Prison.