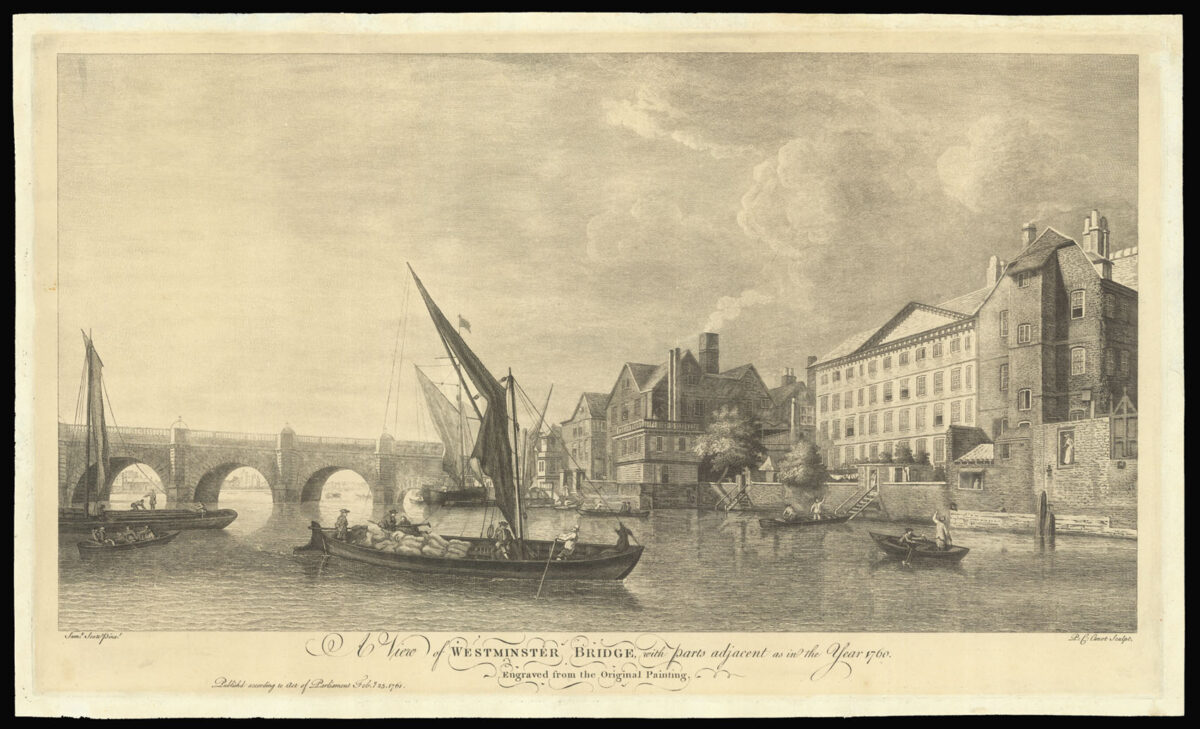 “the first painter of his own age”

A View of Westminster Bridge, with parts adjacent as in the Year 1760. Engraved from the Original Painting.

The completed Westminster Bridge, designed by Charles Labelye, based on a picture by the painter Samuel Scott (c1702-1772), and engraved by Pierre Charles Canot (c1710-77).

Samuel Scott was a great friend of William Hogarth, acting as a Governor to Hogarth’s pet project, the Foundling Hospital, and making up one of the party of four that Hogarth took with him on a journey around Kent, later recorded by Ebenezer Forest and illustrated by Scott and Hogarth. After focusing mainly on purely maritime themes, the arrival and success of Canaletto in London inspired Scott to start painting more city views along the Thames, which were very successful. He was popular with his contemporaries, and was praised by Horace Walpole as ​“the first painter of his own age” (Baetjer).