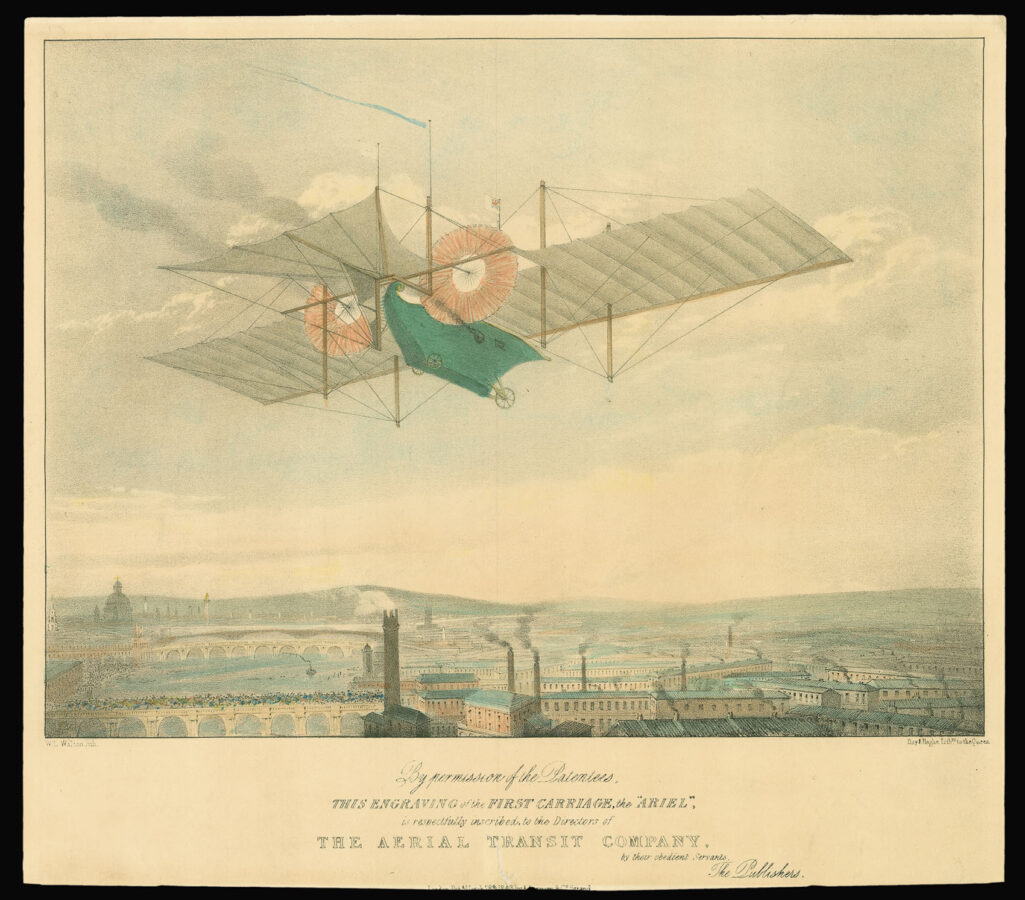 The Engraving of the First Carriage, the ​“Ariel” is respectfully inscribed to the Directors of the Aerial Transit Company, by their obedient Servants, The Publishers.

The ​‘Ariel’ was a flying machine patented in 1842 by William Henson and John Stringfellow, an early type of aeroplane and an important step in the transition from glider-type aircraft to ones powered by engines. Together with Frederick Marriott and D.E. Columbine, they formed the Aerial Transit Company to raise money for its construction. They foresaw a glorious future for their invention: they wanted ​“to convey letters, goods and passengers from place to place through the air”.

Unfortunately, however, the Ariel was incapable of sustained flight, since it had insufficient power from its heavy steam engine to fly. A more successful model was built in 1848 which was able to fly for small distances within a hangar. They were also plagued by public suspicions that the whole project was a hoax.