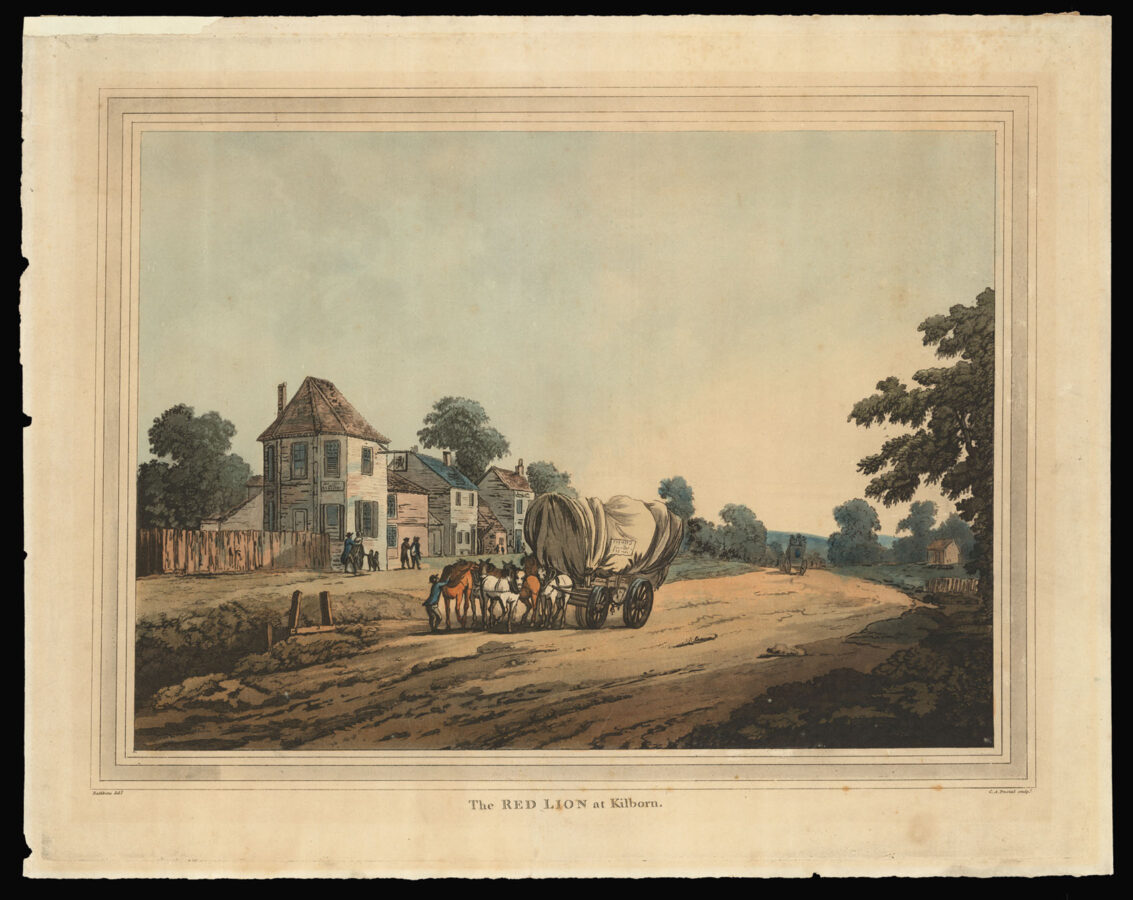 The Red Lion at Kilborn.

A view of The Red Lion, a roadside inn on the Edgware Road at Kilburn. The Edgware Road is a long straight road which runs from Oxford Street to St John’s Wood, following the course of the old Roman road heading north out of London to the Middlesex village of Edgware and beyond. There were a number of inns built to serve travellers along the road, including the Red Lion which dated back to the fifteenth century. An example of the print in the Crace Collection bears the imprint of John Cary, and is dated 15 January 1789.

John Rathbone (1750–1807) was a prolific painter of landscapes in oil and watercolour. Between 1785 and 1806 Rathbone exhibited 48 landscapes at the Royal Academy, and two at the Society of Artists.

Maria Catharina Prestel (1747–94) was an engraver, specialising in aquatint. Born in Nuremberg, she married Johann Gottlieb Prestel in 1772 and was a pupil of his. After separating from him, she moved to London in 1786, where she worked for John Boydell.