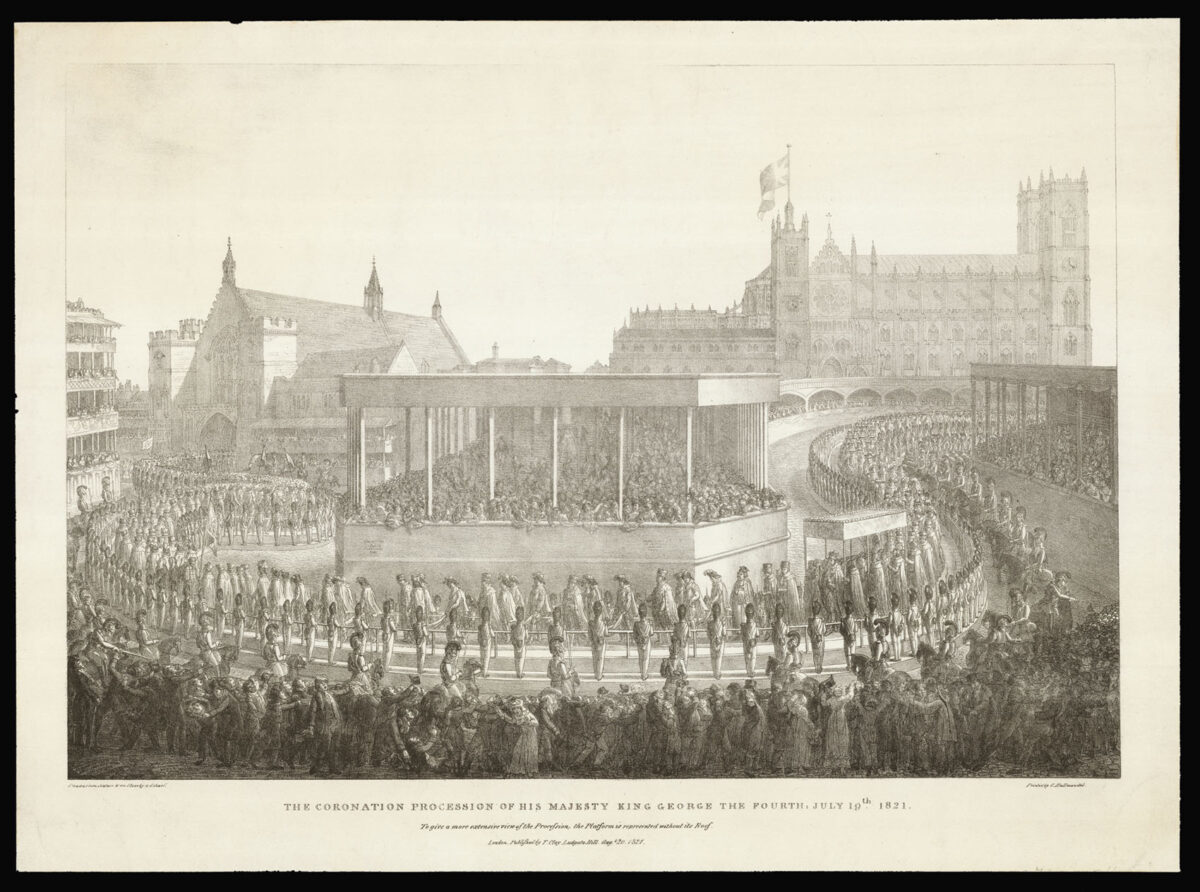 The Coronation of George IV

The Coronation Procession of His Majesty King George the Fourth, July 19th 1821 To give a more extensive view of the Procession, the Platform is represented without its Roof.

George IV came to the throne in 1820 when he was 57, after serving intermittently as regent for 22 years. His long wait for the throne had seen him grow old and ill, and his father’s refusal to give him power while he was crown prince saw him take interest in fashion and art, building the neo-Mughal Brighton Pavilion. When his reign finally began, he was determined that his coronation should be splendid, rivalling the lavish ceremony in which Napoleon had crowned himself Emperor. It took a year and a half to plan, and was the most expensive coronation ever held in Britain.

George IV is visible on the right, underneath a canopy held by his attendants. He is wearing the crimson velvet robe and crown he commissioned especially for the ceremony; Parliament refused to purchase the crown afterwards, and he was forced to give it back. He also chose Tudor-inspired costumes for the lords in the procession. Notably absent is the Queen, Caroline of Brunswick, who had spent most of George’s regency in exile: the couple hated each other.

Charles Joseph Hullmandel (1789–1850) was a lithographic printer and publisher working in London, he trained as an artist, and opened up his first press in London in 1818. He was responsible for numerous technical developments, including lithotint and colour printing. He would later form a partnership with Joseph Fowell Walton, with the company being known as Hullmandel & Walton from 1845 to 1860.

George Johann Scharf (1788–1860) was a water color painter, draughtsman and lithographer, and father of Sir George Scharf and Henry Scharf. He exhibited his paintings at the Royal Academy from 1817 to 1850, and was a member of the New Society of Painters in Water Colours.