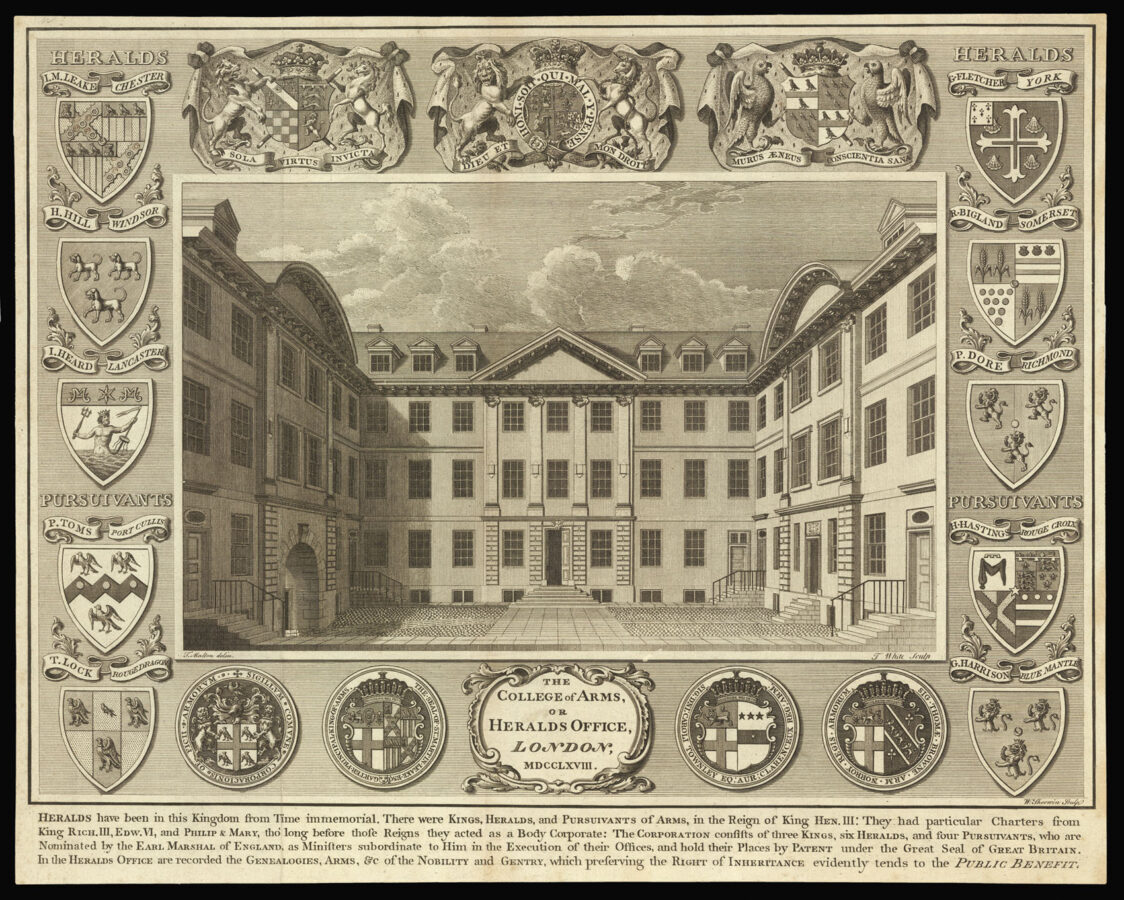 The College of Arms

The College of Arms, or Heralds Office, London, MDCCLXVIII.

Although the ceremonial role of the College declined during the eighteenth century, it retained a crucial role in recording genealogy.

The print is made after a drawing by Thomas Malton the Elder (1726–1801), an architectural draughtsman known best for the first commercially produced pop-up book.