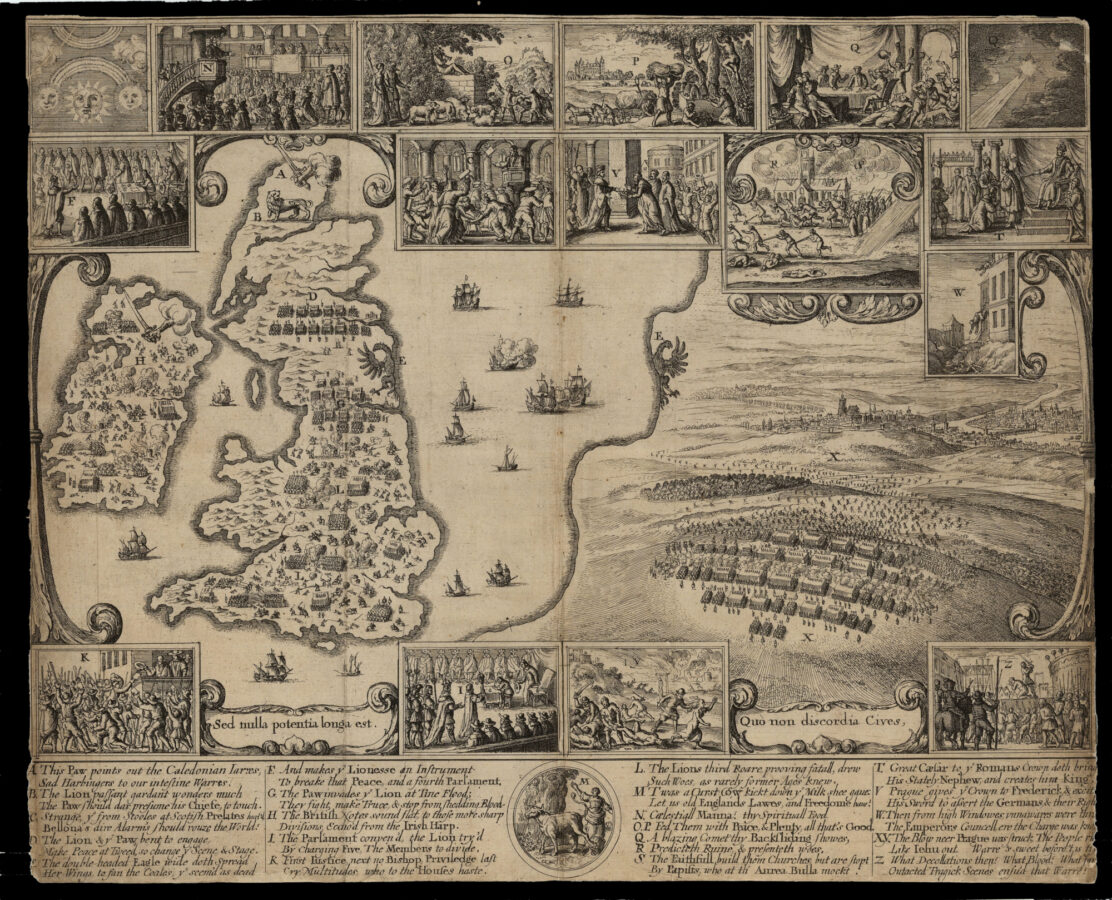 The Civil Wars in England and Prague

Hollar’s detailed print is not simply a map of the British Isles but also a political commentary comparing the English Civil War and the Bohemian Civil War of a few decades earlier.

The Thirty Years War, which lasted from 1618 to 1648, provided the training field for many English and Scottish soldiers who became members of Swedish mercenary forces, before later fighting in their own civil war at home. The English Civil War took place alongside the end of the longer, more widespread and bloodier conflict in mainland Europe, in which the Bohemian Civil War, or Hussite Wars, which was fought 1619 to 1634, played a significant role in the early developments. For this reason Hollar, who was Czech but spent much of his career in England, presents the conflicts together on a single sheet. The central portion of the print is taken up on the left with a map of the British Isles, with armies drawn up on the land and battle ships assembled in the North Sea, and on the right with a view of Hollar’s native Prague and the Battle of the White Mountain, which occurred in 1620.

Surrounding these two images are sixteen vignettes presenting notable historical events, identified along the lower edge in four columns of text. Among these are a scene showing Jenny Geddes throwing her stool at Mr Hannay, the Dean of St Giles, Edinburgh, when he began to read from the new prayer book ©; the King dissolving his fourth Parliament in 1640 (F) and also confronting Speaker Lenthall as he attempts to arrest five members (I); peaceful bucolic scenes reflecting on life before the wars (O; P); Emperor Matthias making Ferdinand King of Hungary (T); the citizens of Prague presenting Frederick of the Palatinate with the crown of Bohemia (V); the Defenestration of Prague when the Barons’ secretary was ejected from a castle window, and remarkably survived (W); the execution of Protestant prisoners after the Battle of the White Mountain (Z). In the centre of these columns in a roundel (M), captioned ​“Twas a Curst Cow, kickt down ye Milk shee gave: Let us old Englands Lawes and Freedome have”. The cow kicking over milk-pail had become an emblem of civil war. 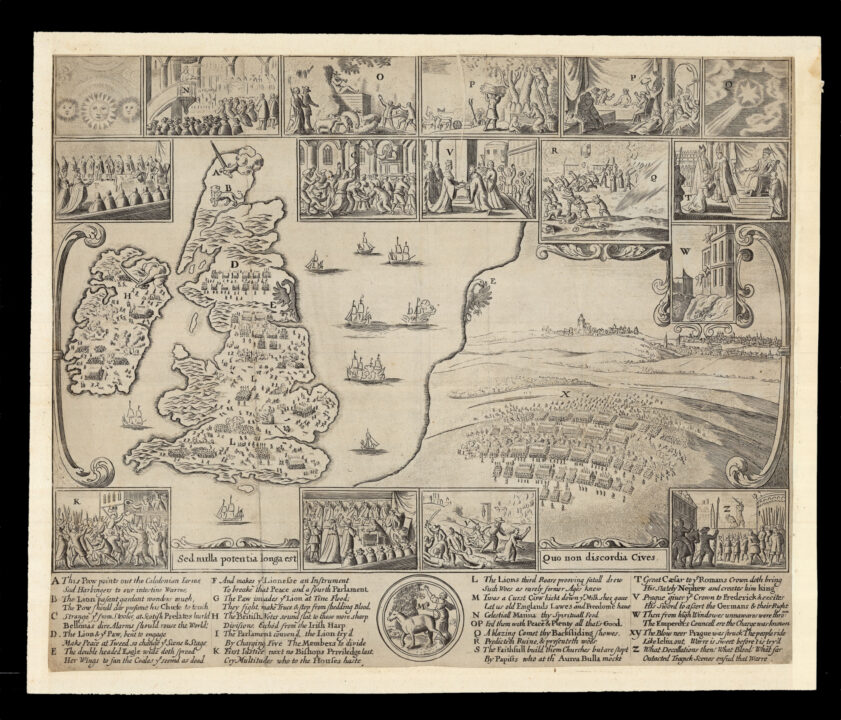