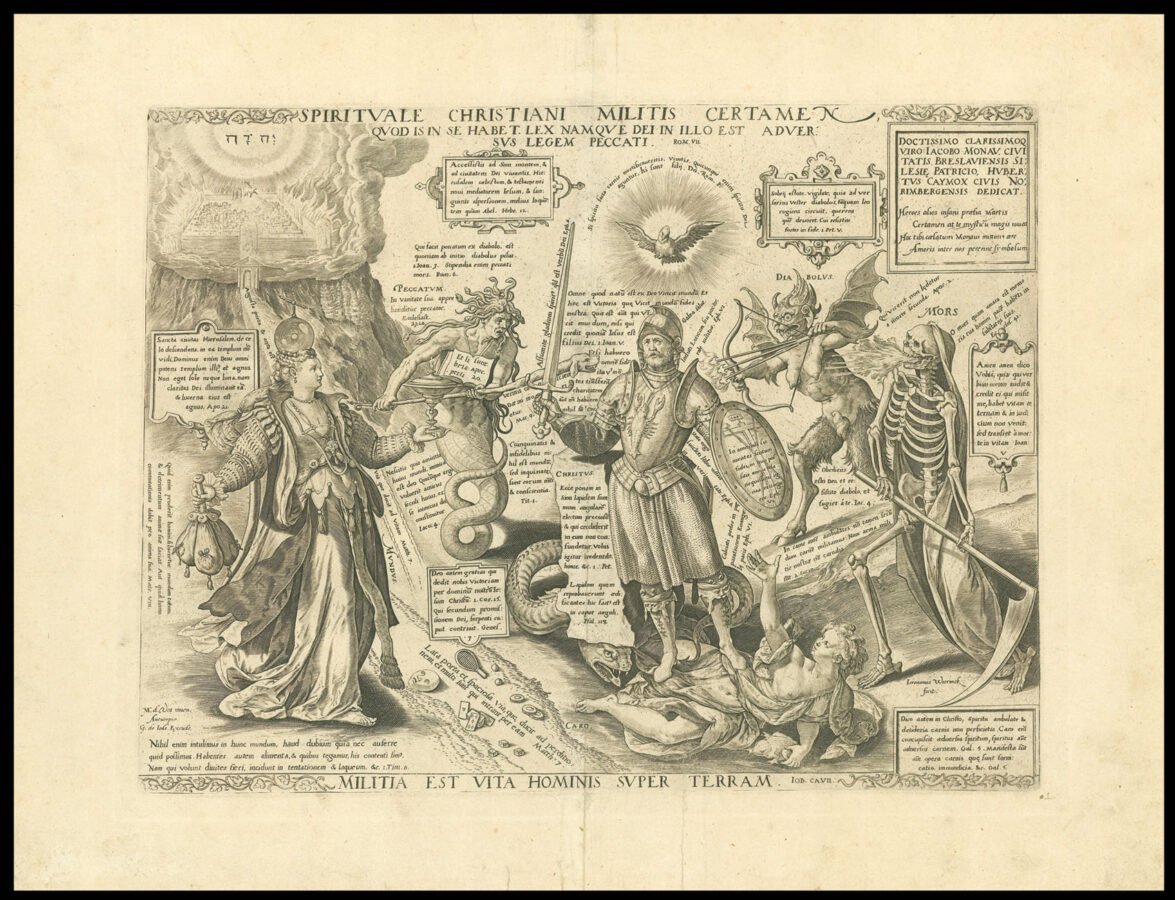 The source of the figures depicted upon the famous ​‘Christian Knight’ Map.

The human figures illustrate the battle between Catholics and Protestants. The armoured ​‘Christian’ knight represents King Henry IV of France, a Protestant ally. The figures fighting him symbolize Catholicism: (left to right) Worldly Vanity, Sin, Carnal Weakness, the Devil, and Death. To the upper left is a path that leads to the New Jerusalem. The engraving was in used by Jodocus Hondius for his famous map of the world, published in 1596 — the first map of the world upon Mercator’s projection.

The prints purpose was to rally Protestants in Holland and throughout Europe to the side of Henry IV of France at the moment of crisis in his struggle against Spain and the Catholic powers of Europe.