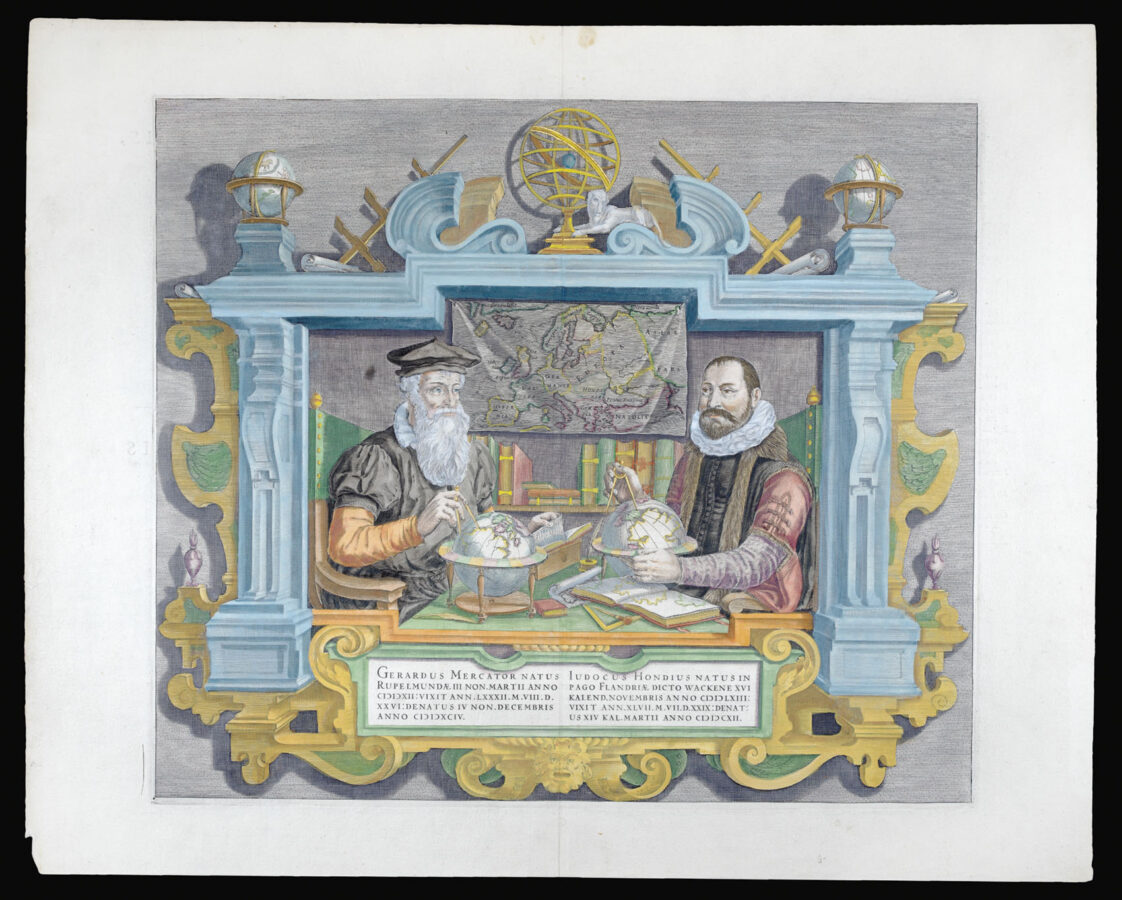 By MERCATOR, Gerardus; and Henricus HONDIUS, 1613

This double portrait shows two of the sixteenth century’s great cartographers, Gerard Mercator and Jodocus Hondius, engraved by the latter’s widow shortly after his death in 1612.

Mercator is best-known for having introduced a new cartographic projection, exhibited on his 1569 world map, which is still in use today on nautical charts. In his final years, he worked on an atlas, which his family posthumously published in 1595 under the title of ​‘Atlas Sive Cosmographicae Meditationes de Fabrica Mundi et Fabricati Figura’. This was not met with great enthusiasm by the public, and Mercator’s family found themselves in such financial difficulty that they were forced to his library and the copper plates from which the maps in the atlas had been printed. These were purchased by Hondius, whose subsequent work helped to re-establish Mercator’s reputation. Hondius included a further 36 maps in his edition of the atlas, among which were the vital additions of Spain and Portgular. Many of these new maps were Hondius’ own creations, although he gave full credit to Mercator and listed himself only as publisher. Hondius died at the early age of 48, and his publishing work was taken over by his widow and sons, all of whom were also skilled engravers.

The present image first appears as the frontispiece in the 1613 edition of the ​‘Atlas sive Cosmographicae Meditationes’, which continued to be published by Hondius’ family until 1641. It was engraved by his widow, Colette, as a tribute to her late-husband, and shows him sitting alongside Mercator as his equal, even though the two never met. The men, poised over a pair of globes and consulting reference books, are surrounded by the tools of their trade. A large wall map of Europe is hung behind them, suspended from the elaborate cartouche in which they are pictured. It is surmounted by globes, scrolls, cross-staffs and a grand golden armillary sphere, recreating a style often employed in their own work. Colette herself died shortly after completing this engraving, but the image continued to be reissued for many decades and is often considered one of the finest illustrations of the early cartographers. 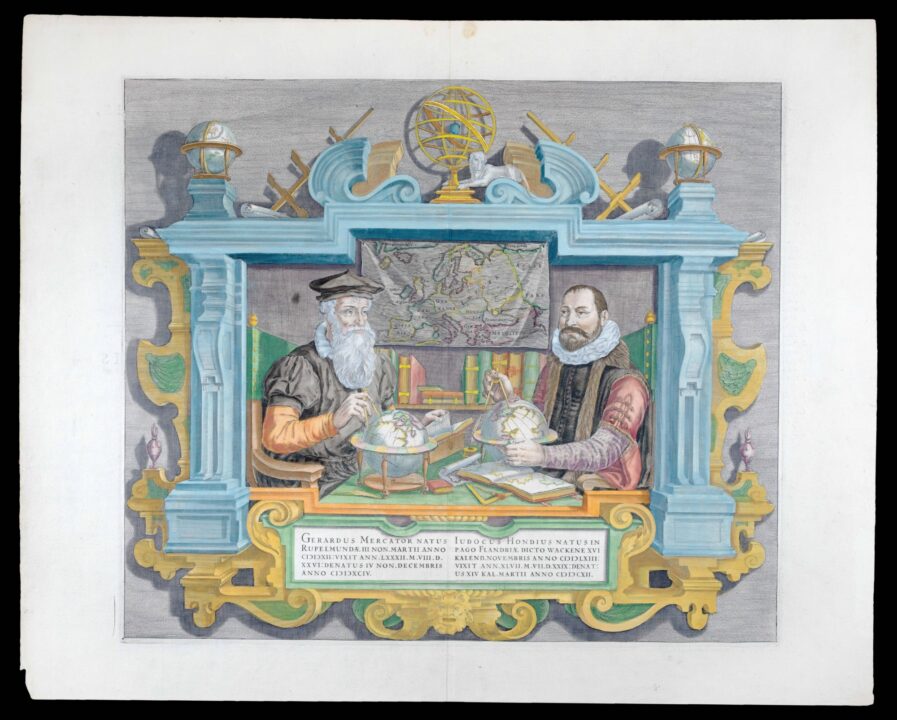 W is for Watchmaker

D is for Distiller: ​“Drop as Rain Distill as Dew” 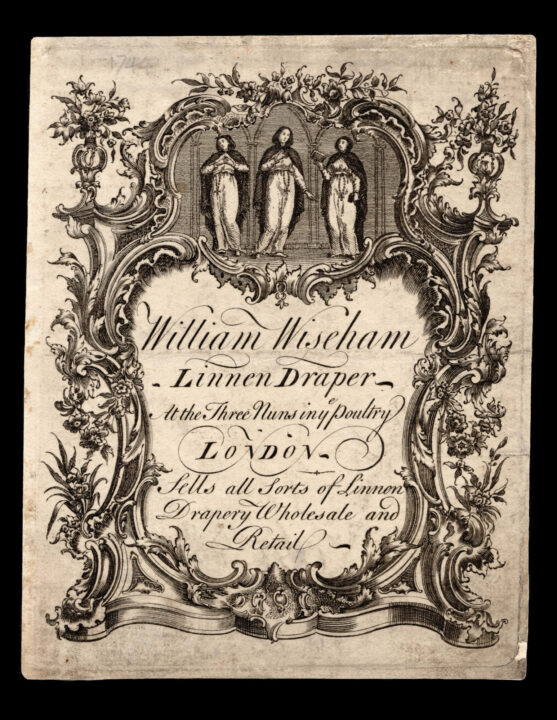 L is for Linnen Draper