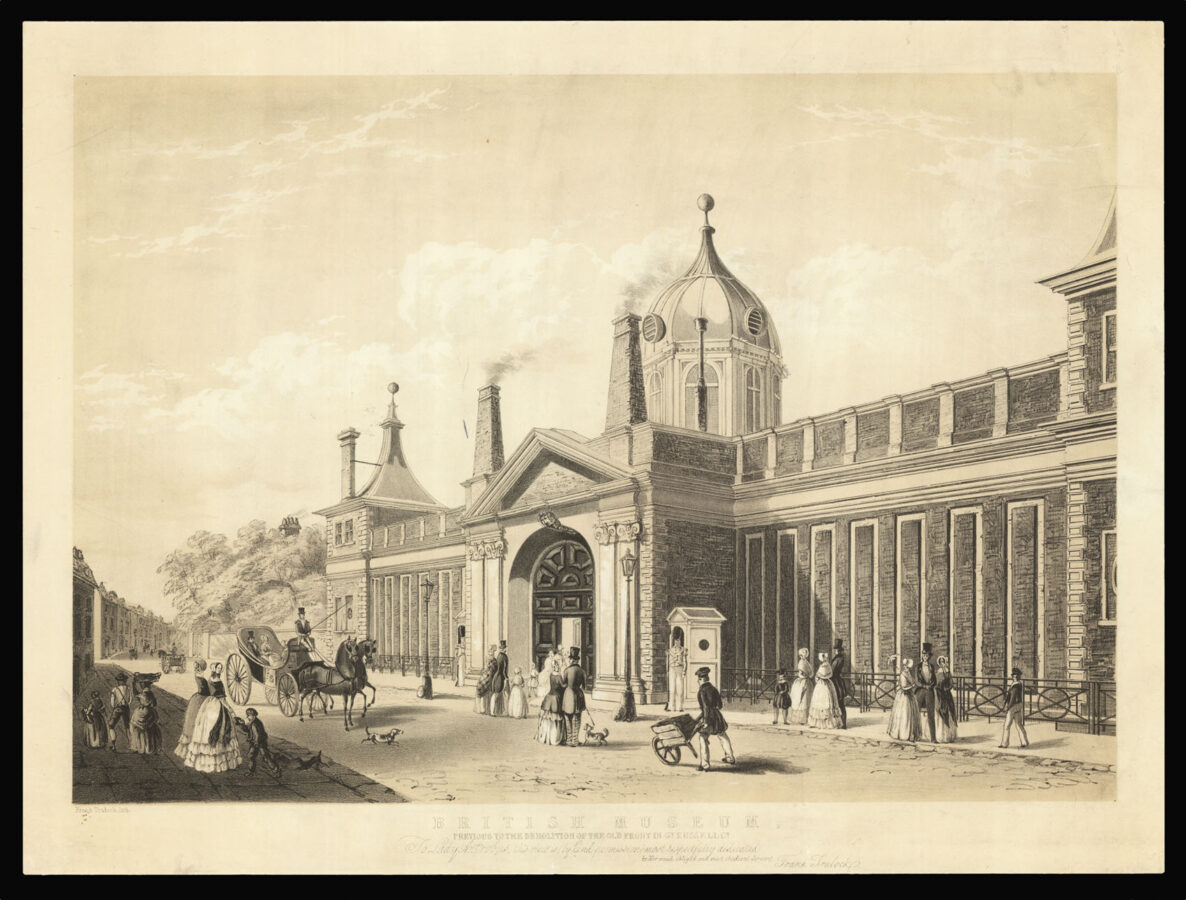 British Museum, Previous to the Demolition of the Old Front in Gt. Russell St. To Lady Abtrobus, this view is by kind permission most respectfully dedicated by Her much obliged and most obedient Servant Frank Trulock.

An intriguing view of The British Museum’s facade (Montagu House) on Great Russell Street, prior to its demolition and the construction of Sir Robert Smirke’s grand neo-classical building.

Montagu House in Bloomsbury was sold to the Trustees of the British Museum in 1759 and was the home of that institution until it was demolished in the 1840s to make way for Smirke’s design.