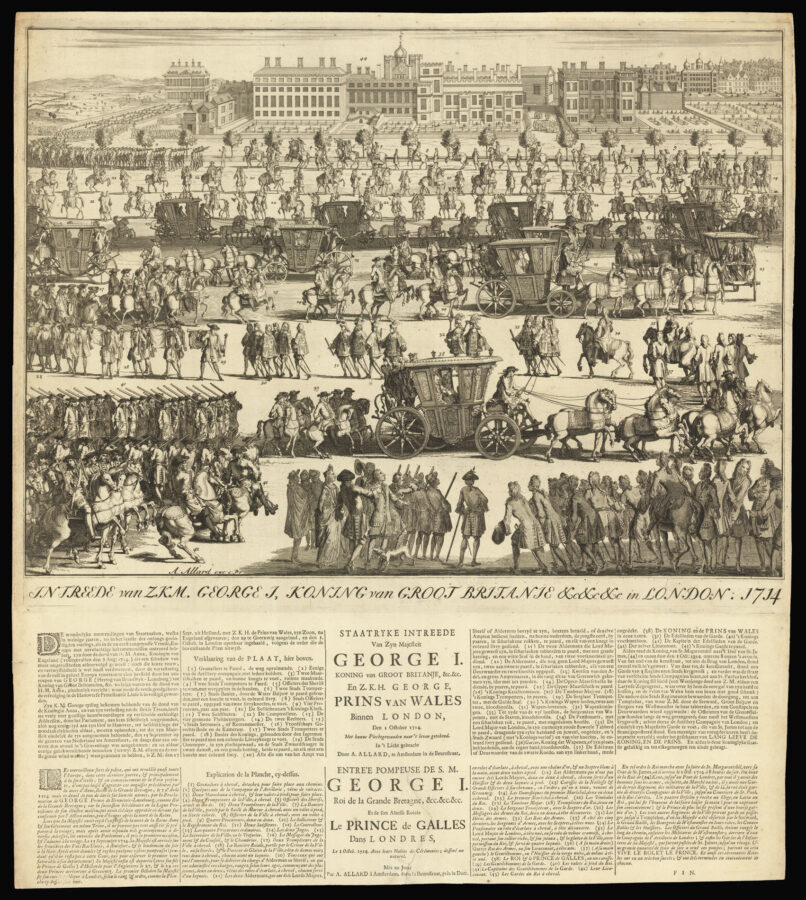 The beginning of Georgian London

A broadside showing the entrance of George I and the Prince of Wales into London. George I came to the throne after the death of the last Stuart monarch, Anne. Despite 17 pregnancies, none of Anne’s children survived, and the British parliament looked to her relatives in Germany for a successor. George I’s mother, Sophia, was the granddaughter of James I, and when she died he was first in line to the throne. Anne’s nearer relatives were overlooked because they were Catholic, and therefore barred from the line of succession.

Below the plan is an extensive numbered key (1–43) providing information on all the participants in the procession.

Abraham Allard (?1676–1726) was a Dutch printer and printmaker working in Amsterdam. Abraham was the son of Carel Allard, one of the major publishers during the Dutch Golden Age. Abraham took over the business on his father’s death in 1709. Both father and son had a reputation for copyright infringement and the publication of obscene images.