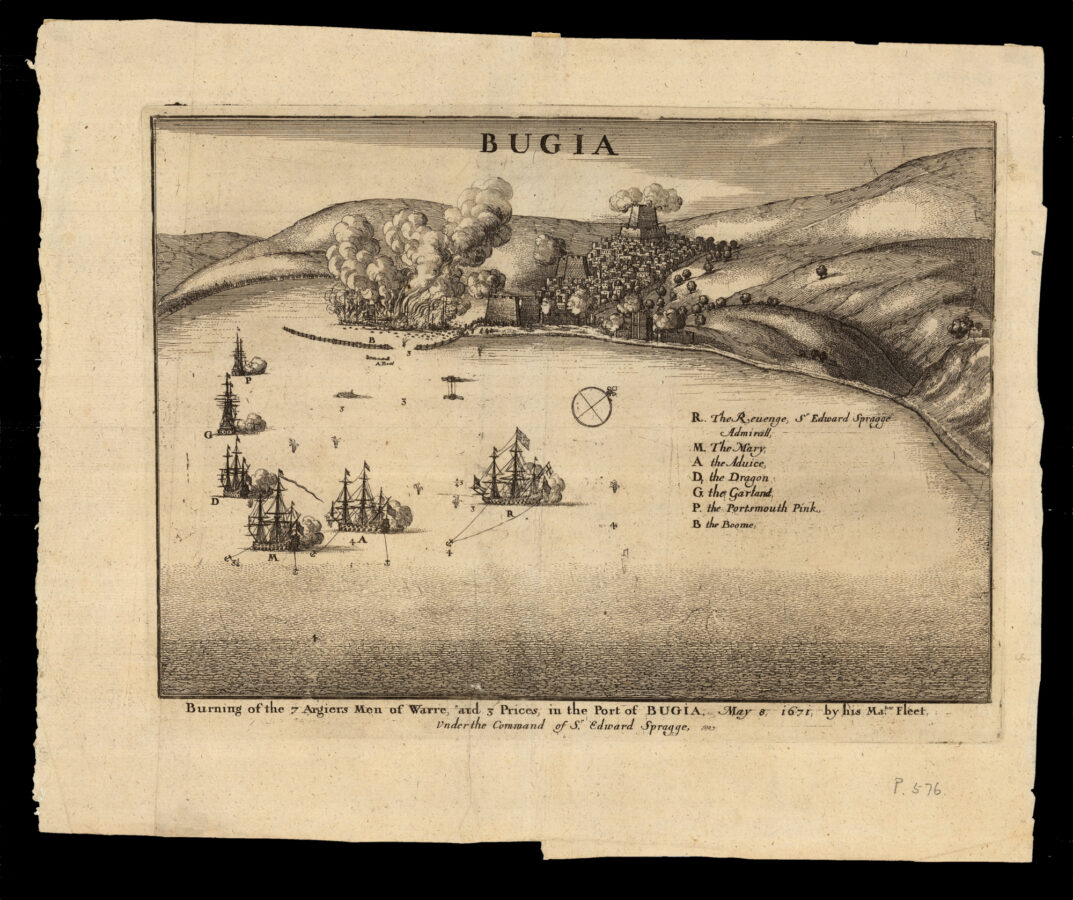 Bugia Burning of the 7 Argiers Men of Warre and 3 Prices in the Port of Bugia, May 8, 1671, by his Masties Fleet, Under the Command of Sr Edward Spragge

The Barbary Corsairs, or Barbary Pirates, was the collective name given to the Muslim privateers who operated from the so-called Barbary Coast of North Africa, primarily in the ports of Algiers, Tunis and Tripoli, from the sixteenth to the nineteenth centuries. Over this period the Corsairs captured and enslaved over one million people, and raided many European towns and coastal villages as far north as Iceland.

During the various international conflicts that characterised this period, the European sea-powers had often co-operated with the Corsairs against their opponents, thus encouraging the enterprise until in the mid-seventeenth century their activities had reached such a height that Charles II ordered the Royal Navy to launch a systematic campaign against the Corsairs. One of the most significant English defeats of the Corsairs was at the port of Béjaïa in Algeria, led by Sir Edward Spragge. A letter sent to Paris on June 10 describes the conflict:

​“We have advice, that Sir Edward Spragge, Admiral of the English fleet in the Mediterranean, having met with nine Argiers men of war, and three merchant ships belonging to the same place, near Bugia, they immediately betook themselves under the shelter of the Castles there, carrying their richest things ashore, and putting themselves in the best posture of defence they could; in the meantime the English prepared to attacque them with their Fireships, which they did with that success, as to set most of them on fire, in which the Christian slaves that were on board were not wanting in what they could to contribute their assistance; the rest of the ships that escaped the fire, were seized on by the English, who have likewise received some damage in the action; and that Sir Edward Spragge was returned with his fleet before Argiers again.“

Wenceslaus Hollar’s depiction of the battle shows the bay with the burning town extending all the way down to the water’s edge. Two men-of-war are shown anchored in the shallows firing on the fleet in the harbour, while three further vessels form a line ahead, led by the ​‘Portsmouth Pink’ and also firing. A seven-point alphabetical key identifies elements the ships shown: ​“R. The Revenge, S.r Edward Spragge Admirall, M. The Mary, A. The Advice, D. The Dragon, G. The Garland, P. the Portsmouth Pink, B. The Boome”. The numbers 3 and 4 also appear in the waters, perhaps indicating depth. 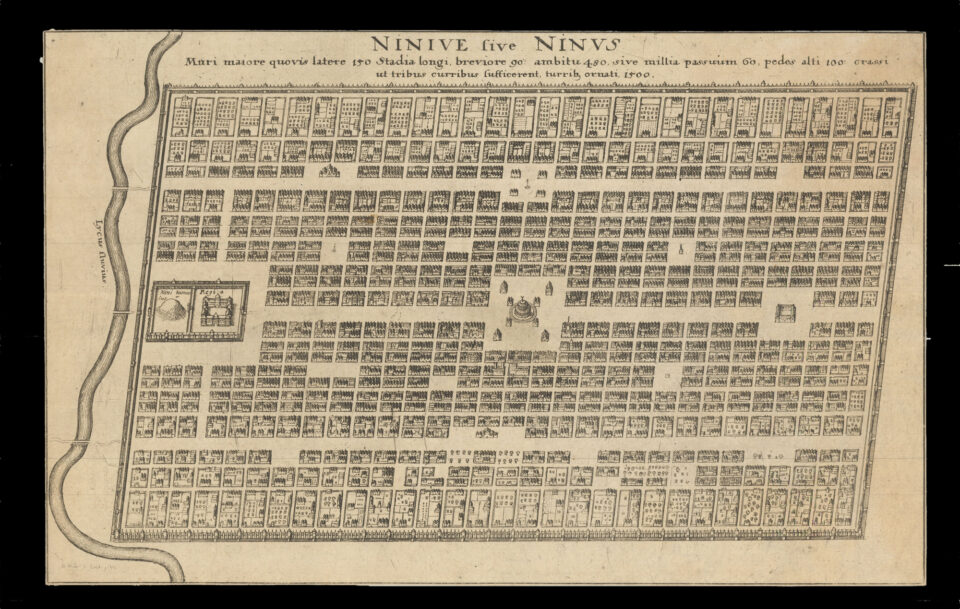 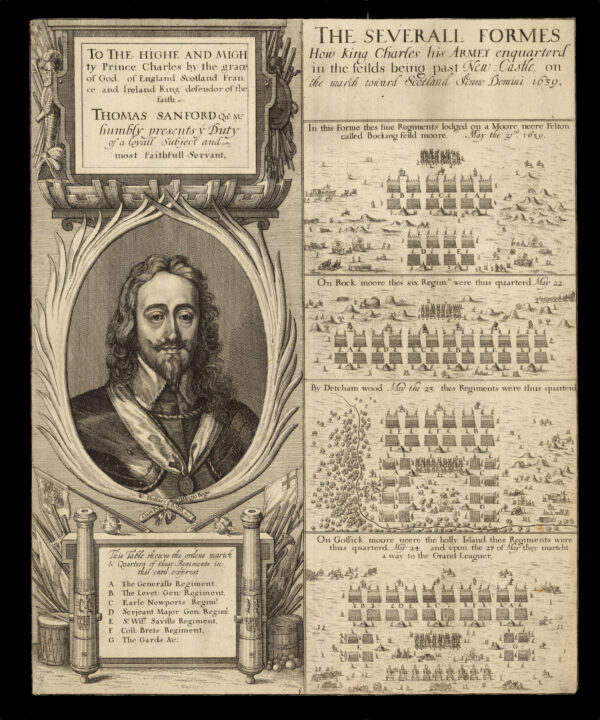 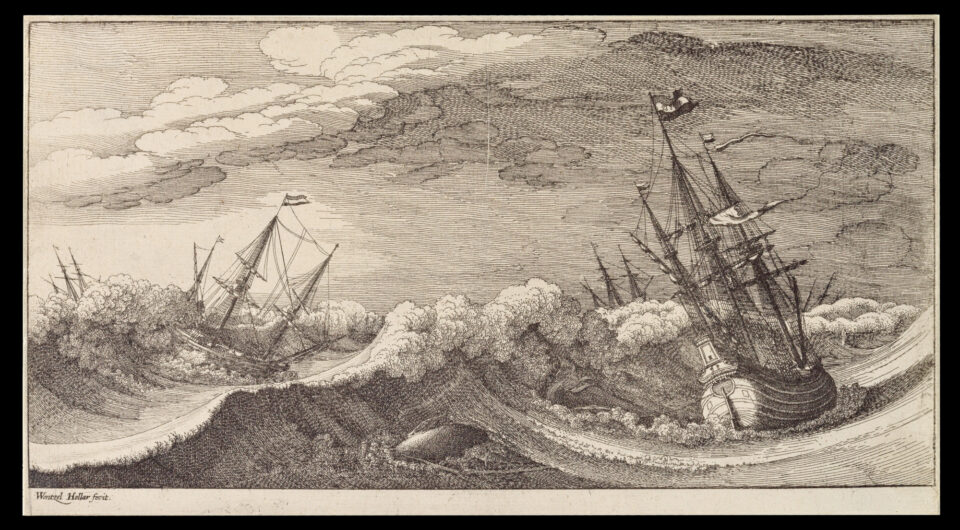