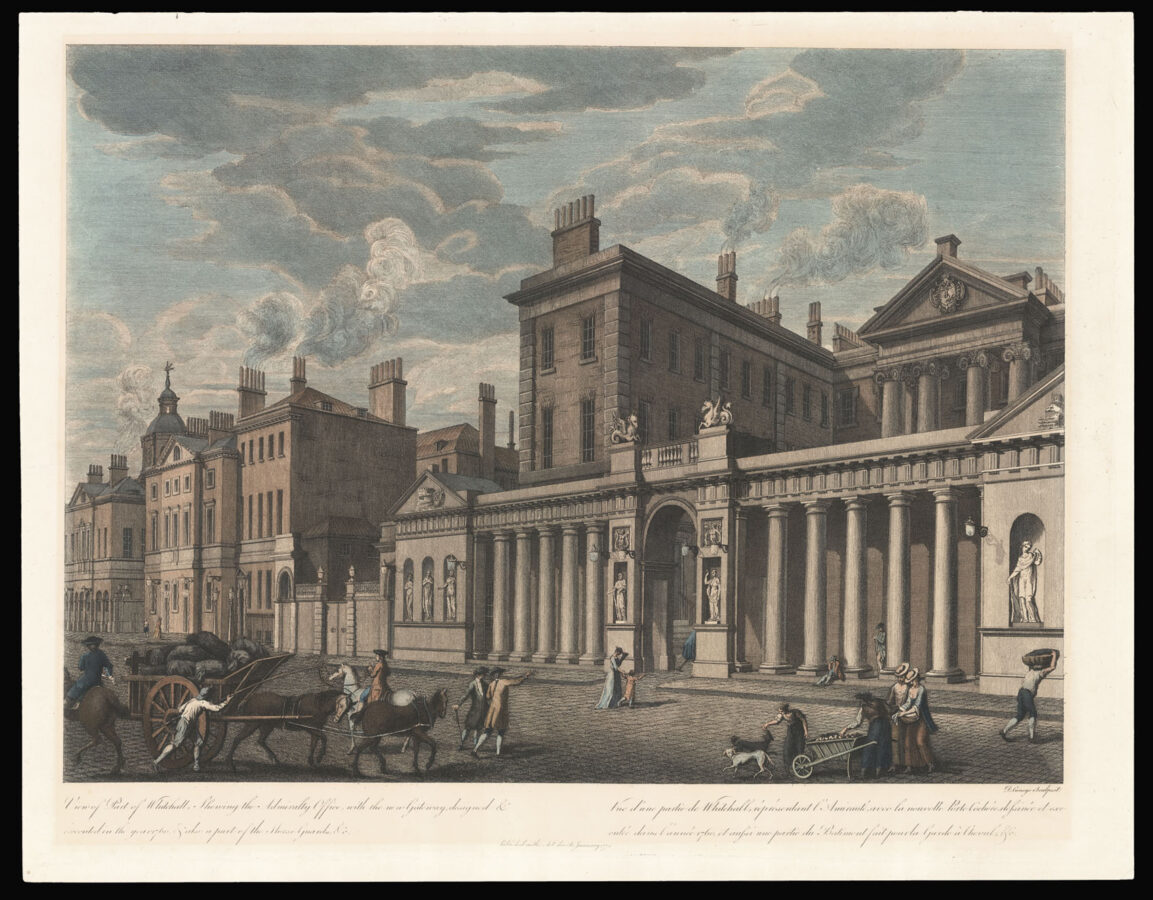 View of Part of Whitehall, Shewing the Admiralty Office, with the new Gateway designed & executed in the year 1760 & also a part of the Horse Guards, &c.

A view of the newly built gateway over the front of the Admiralty Office in Whitehall. The Admiralty Office was originally Wallingford House, bought by George Villiers, Duke of Buckingham and favourite of James I, while he was Lord High Admiral in 1622. Christopher Wren recommended the building as the Admiralty Office in 1695. It was rebuilt by the Master Carpenter, Thomas Ripley. The work was finished in 1726 and the screen wall facing Whitehall was designed in 1760 by Robert Adam.

Domenico Cunego (1727–1803), an Italian artist, trained initially as a painter before specialising in prints.