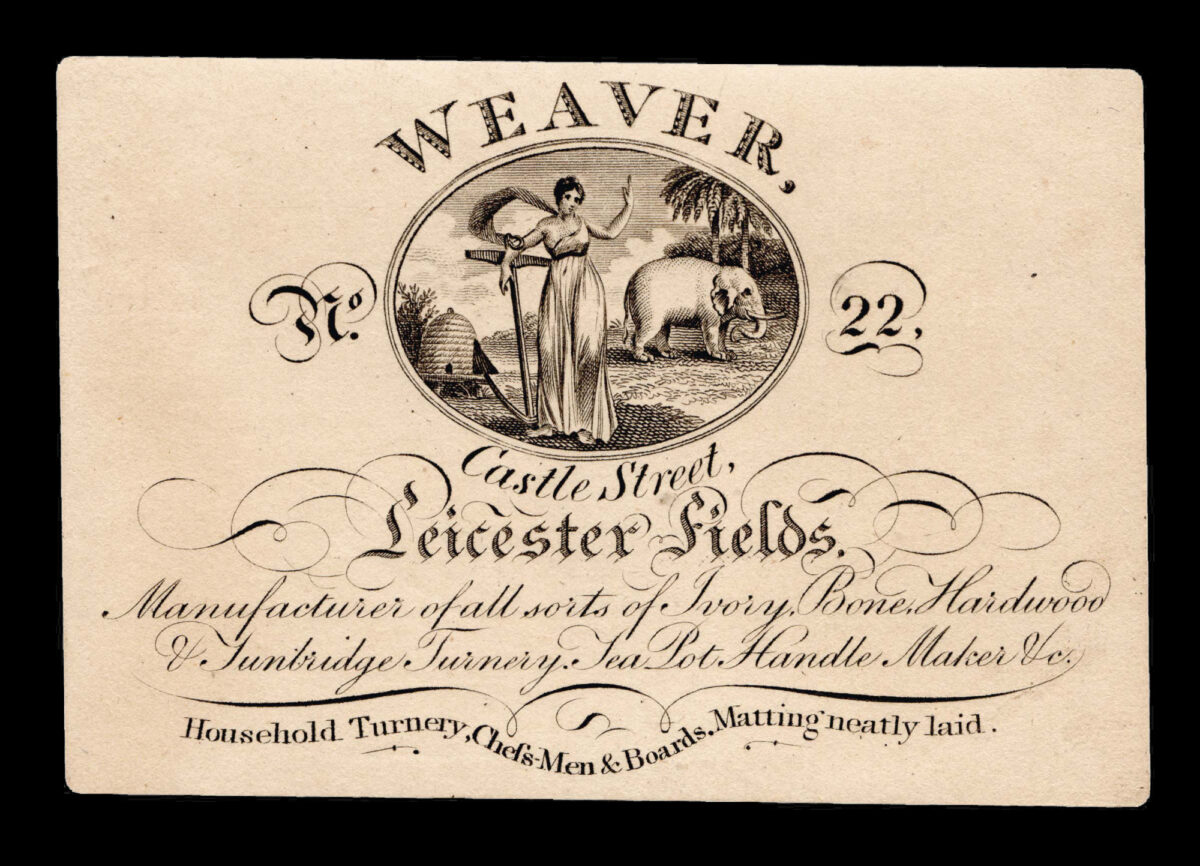 T is for Tunbridge Turner

Trade card for James Weaver, whom ​‘Kent’s Original London Directory’ of 1823 lists as an ivory turner active at 22 Castle Street, Leicester Square. He refers to the area on his trade card by the traditional name of ​“Leicester Fields”.

The card advertises a range of goods and services beyond ivory, including Tunbridge Turnery. The method had been invented in the eponymous town by a turner named Jordon, who created intricate patterns by inlaying an item with different coloured wood, and had become sought-after early in the eighteenth century. Over the decades the technique became more refined, and artisan turners could even produce detailed images using the various shades of wood. Weaver also worked with a number of other materials including bone, and manufactured and sold common household items such as tea pot handles. 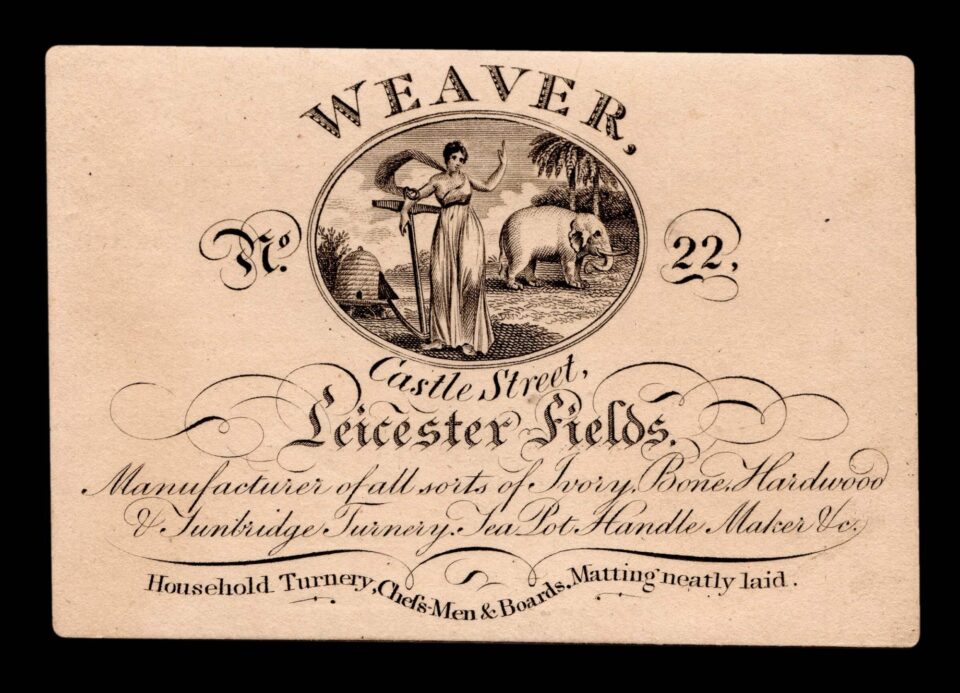