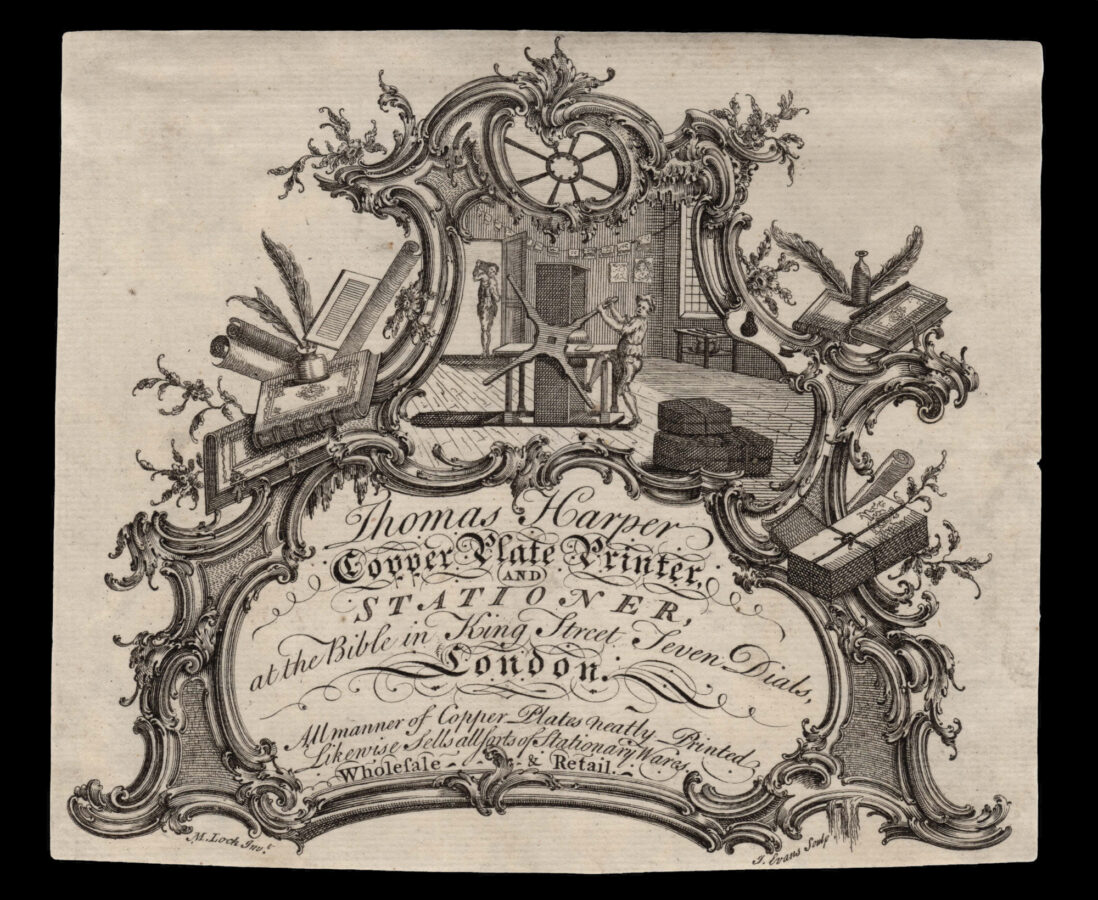 T is for Transatlantic Printer

Harper’s trade card includes a vignette of a printer’s workshop surrounded by an elaborate array of books, quills and inkwells, all set within an asymmetrical rococo cartouche. Engraved by J. Evans, who produced a number of trade cards of the period, after a design by Matthias Lock (fl1740-1769) who published a book of ornaments in 1740.

Quite possibly the Thomas Harper (1744–1832) who was to become a prominent London goldsmith, Councillor, Freemason, and master of The Turners Company for the years 1813 and 1829. Harper emigrated to America in the late 1760s, and is recorded as being in Charleston, South Carolina from about 1767. Loyal to the Crown he was court martialed, banished and fled America, to St. Eustatius in the Caribbean, at the outbreak of the Revolutionary War in 1778. In the early 1780s he returned to England and set up shop as a goldsmith in Fleet Street. An active Freemason, Harper published several editions of the ​‘Ahiman Rezon’ from 1800, the same year that he became Deputy Grand Master of his Lodge. 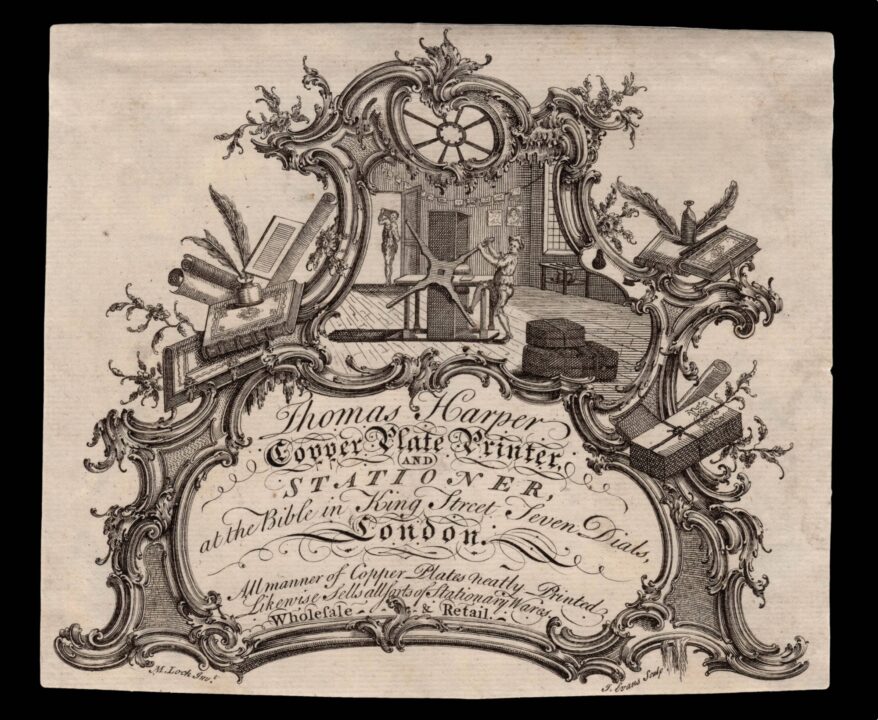