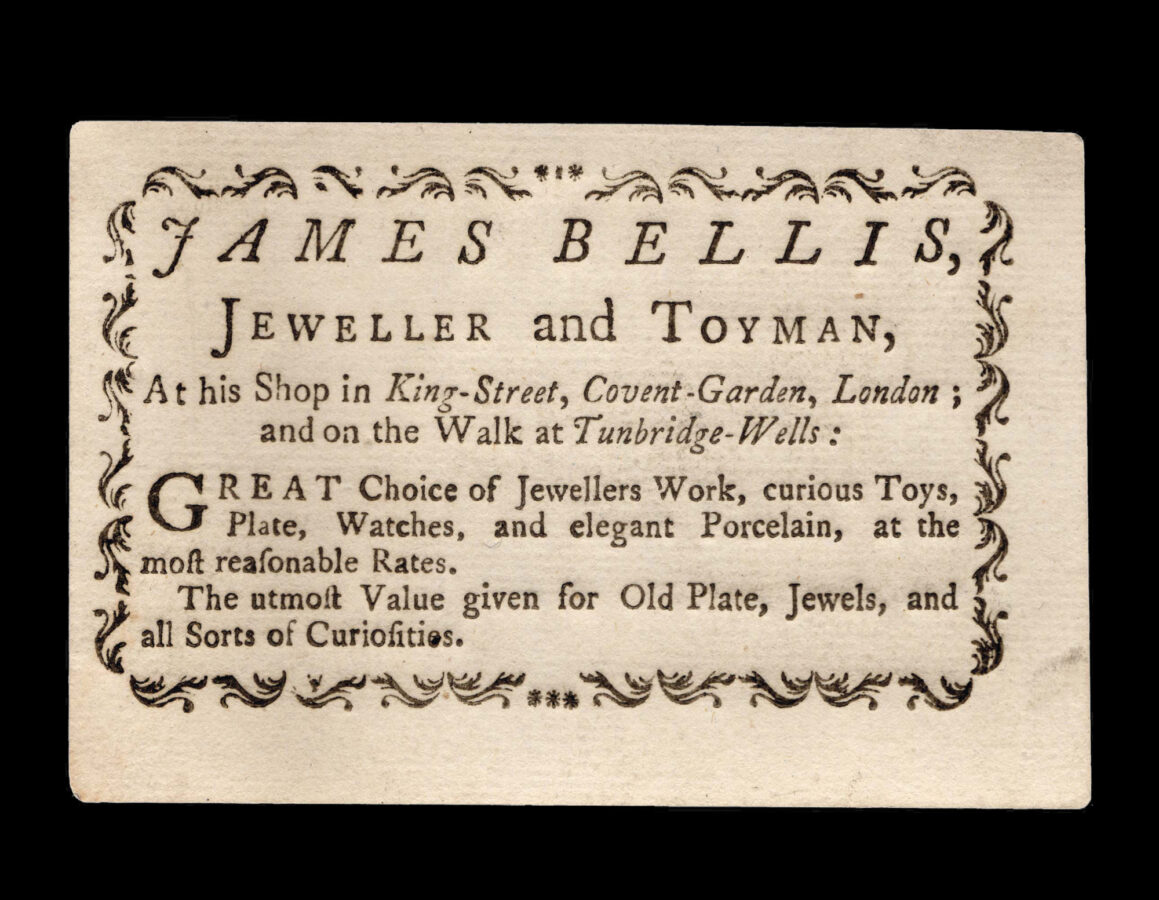 T is for Toymaker

James Bellis, Jeweller and Toyman, … Great Choice of Jewellers Work, curious Toys, Plate, Watches, and elegant Porcelain, at the most reasonable Rates. The. Utmost Value given for Old Plate, Jewels, and all Sorts of Curiosities

Born in 1721 in Manchester, James Bellis was by trade a ​“jeweller and toyman”, however the ​“curious Toys” available ​“at his shop in King-Street, Covent-Garden” were not teddy bears and jack-in-the-boxes but instead luxury goods and trinkets. He supplied not only from his own shops in London and Tunbridge Wells, but also through the trade to the famous Bertrand’s Toyshop in Bath, which supplied all manner of wealthy, famous and aristocratic Georgians. As well as being a retailer, Bellis was also registered as a goldsmith and his hallmark can be found on several surviving pieces of metalwork.

Sadly, Bellis’ premises at King Street were partially destroyed in a serious fire in 1759, after which he published a notice in The Public Advertiser offering to ​“handsomely reward for their Trouble” anyone who could recover any of his collection of ​“sundry Toys, as Smelling Bottles, Snuff-boxes and other Trinkets”. Following the fire, he relocated to a large shop at Number 9 Pall Mall. He died at home of an asthma attack on November 1, 1788, after a career spanning many decades.

The present trade card is sparsely decorated with a flourished frame presenting his address and a selection of his wares. Finally, he announces that he is willing to pay high prices ​“for Old Plate, Jewels, and all Sorts of Curiosities. 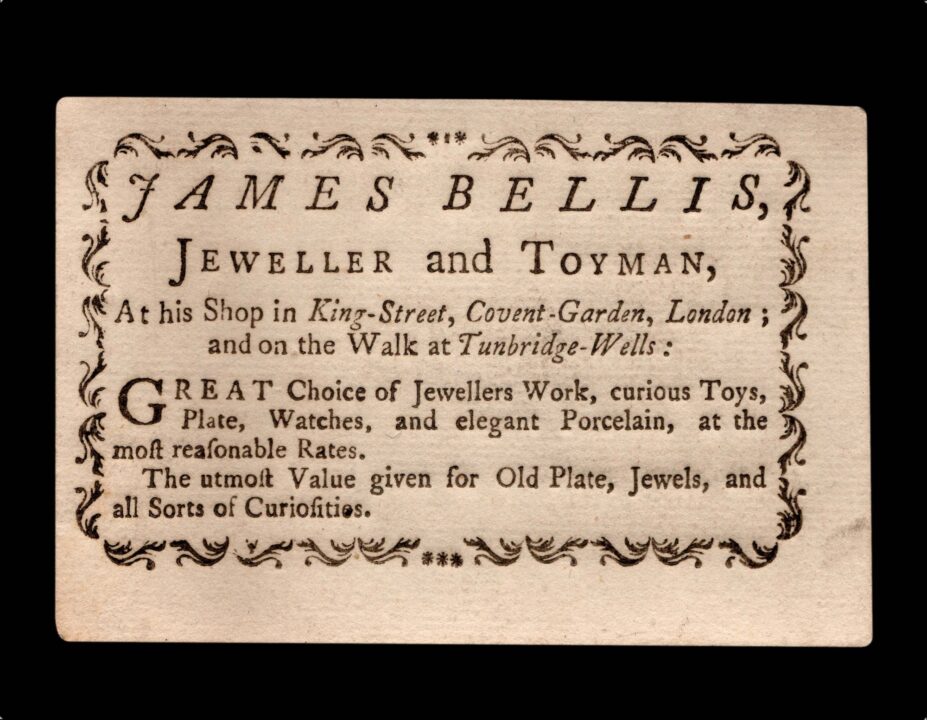