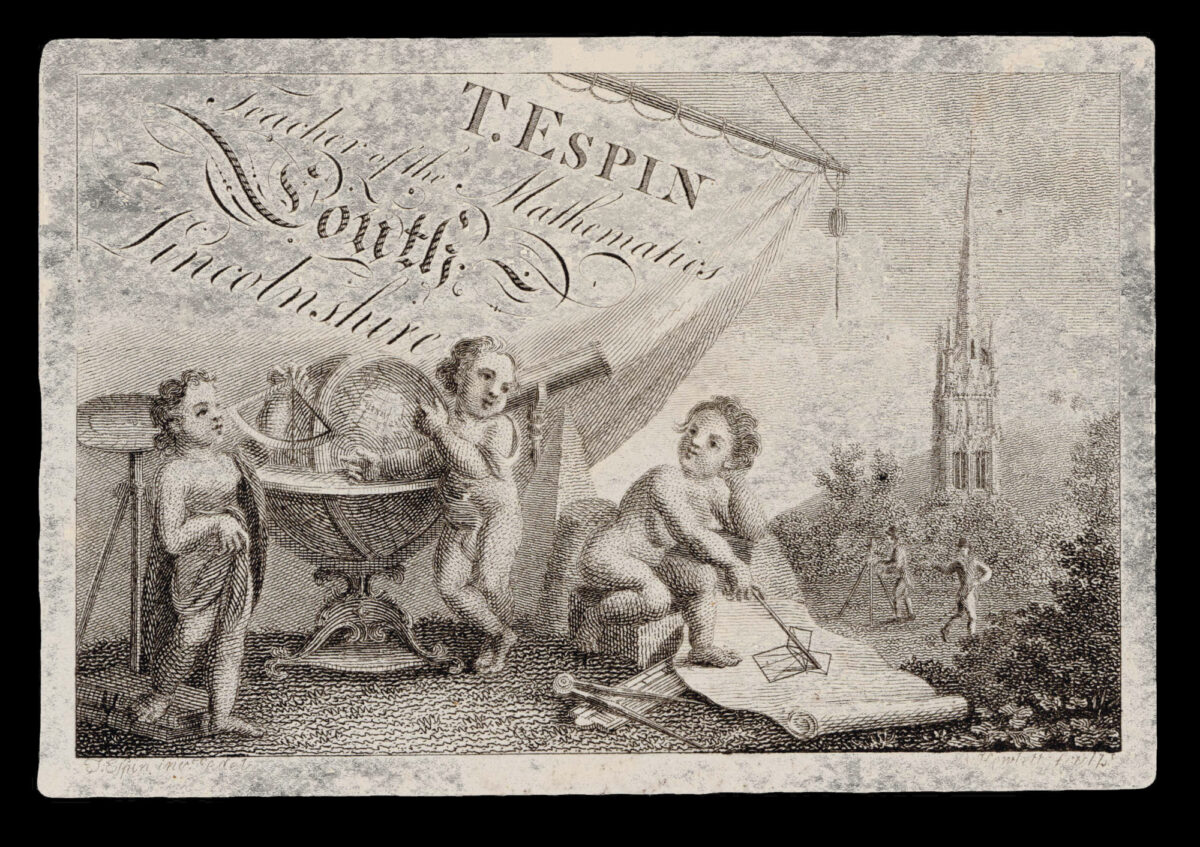 T is for Topographical Artist

Engraved by Bartholomew Howlett after a drawing by Espin, this card depicts putti making good use of a globe, quadrant, and other mathematical instruments and drawings, while two young men, possibly Espin and Howlett, survey an estate.

Espin (1767–1822) and Howlett (1767–1827) were direct contemporaries, both from Louth in Lincolnshire, and worked on many projects together. In 1790, Espin was appointed Master of Mapletoft School in Louth. By 1818, he had his own established, Priory Cottage, a ​“Mathematical, Nautical, Architectural and Commercial Academy”. ​“He was an accomplished topographical artist and draughtsman, and travelled Lincolnshire with his younger brother John (1773–1822) making sketches and drawings, particularly in June 1800, when they visited Stow, Somerton Castle and Temple Bruer” (Robinson). At about this time, Howlett published his ​‘A Selection of Views of the County of Lincoln’. 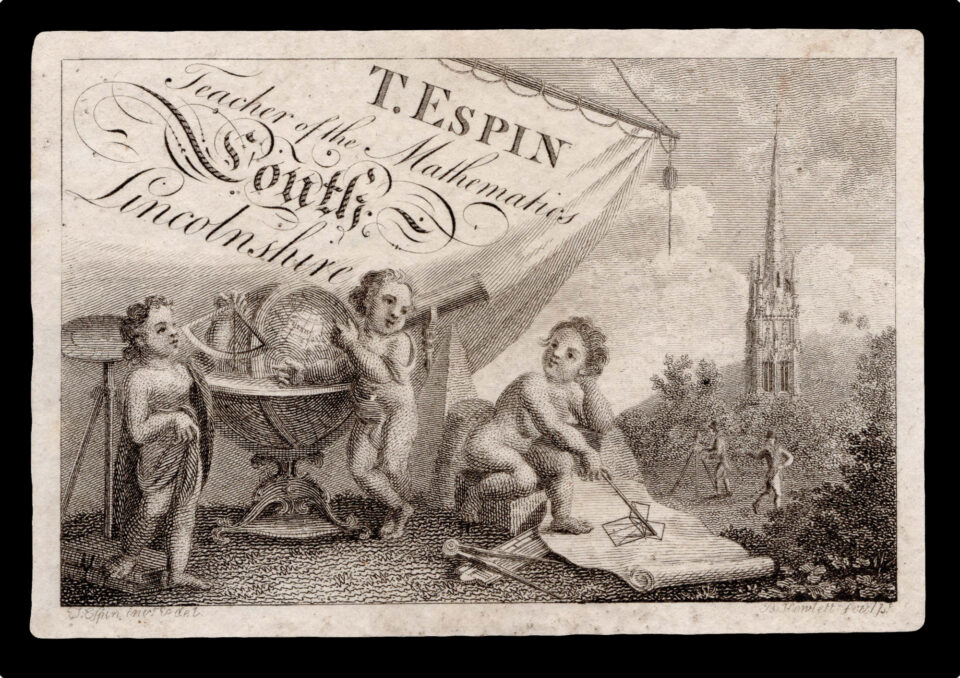