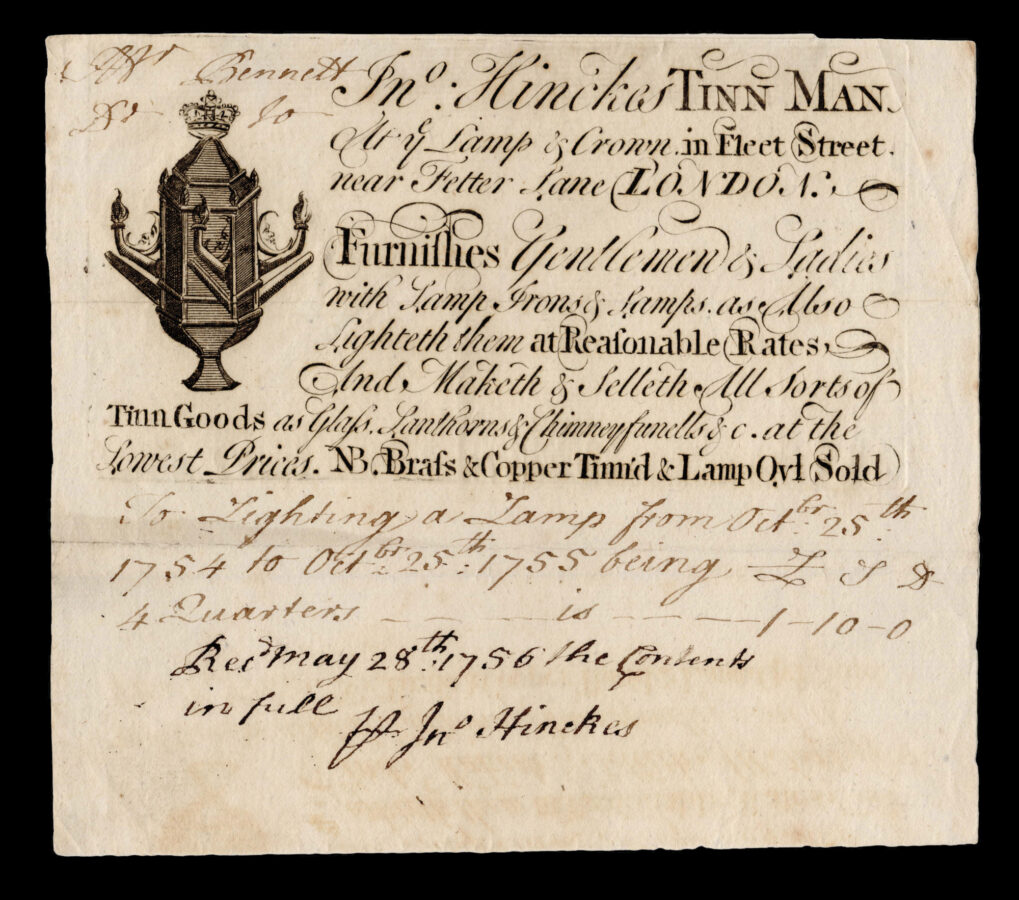 T is for Tin Man

Working under the sign of lamp and crown on Fleet Street, the only other records that remain of John Hinckes’ tin business are found in the 1768 ​‘Poll of the Livery of London’, which listed him as a tin plate worker at the same address, and his will from 1779, at which time he was recorded as living in Hackney.

The present trade card advertises that he ​“Furnishes Gentlemen & Ladies with Lamp Irons & Lamps as Also Lighteth them at Reasonable Rates, And Maketh & Selleth All Sorts of Tinn Goods as Glass Lanthorns & Chimneyfunells &c. at the Lowest Prices. N.B. Brass & Copper Tinn’d & Lamp Oyl Sold”. It is simply illustrated with an engraving of Hinckes’ shop sign in the upper left-hand corner. The card does, however, display extensive manuscript notes, which seem to be noting the details of a sale and include the signature of Hinckes himself. It appears that Hinckes is charging a Mr Bennett for the service of lighting a lamp from October 25, 1754 to October 25, 1754, and demanding payment by May 28, 1756. Other examples of Hinckes’ trade cards are similarly dated to 1747, 1750, 1751 and. 1756, indicating that his lamp and lighting business was at its peak during the mid-eighteenth century. 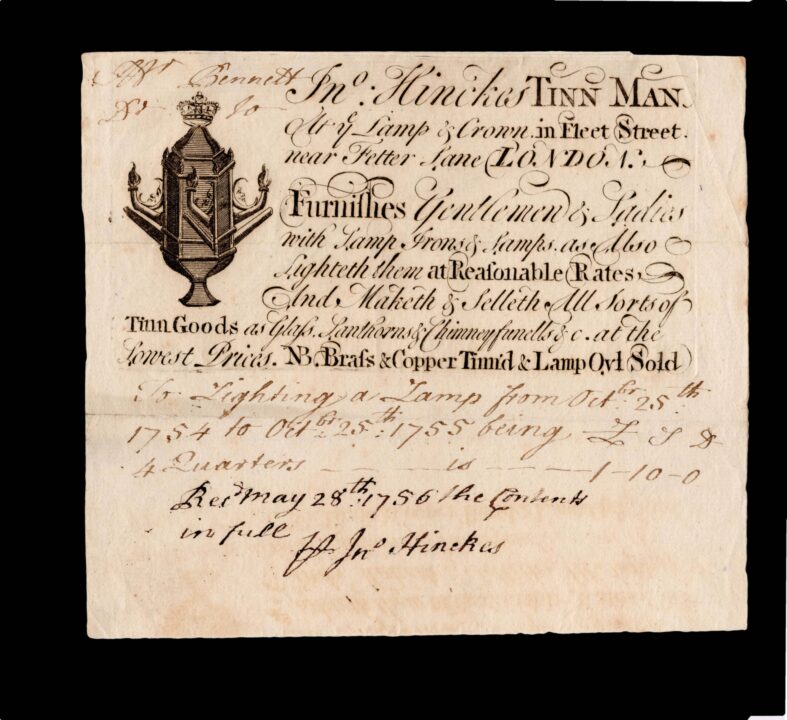