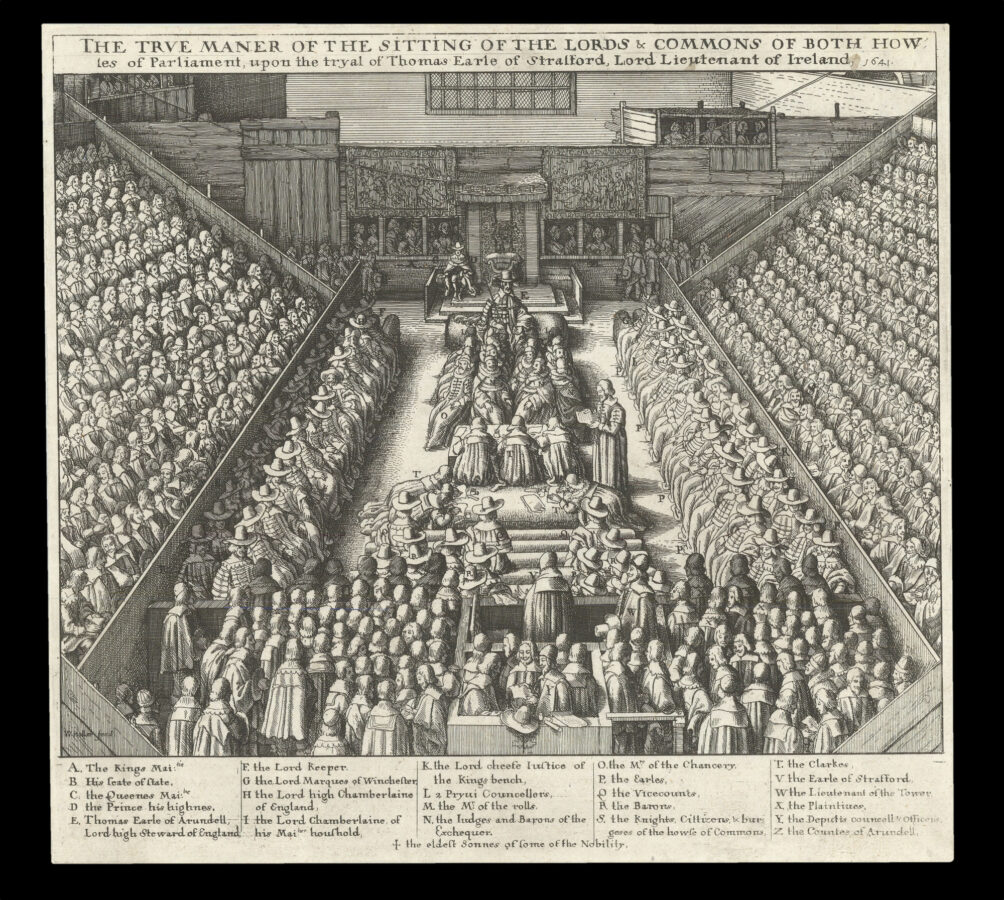 The True Maner of the Sitting of the Lords & Commons of Both Howses of Parliament, upon the tryal of Thomas Earle of Stratford, lord Lieutenant of Ireland