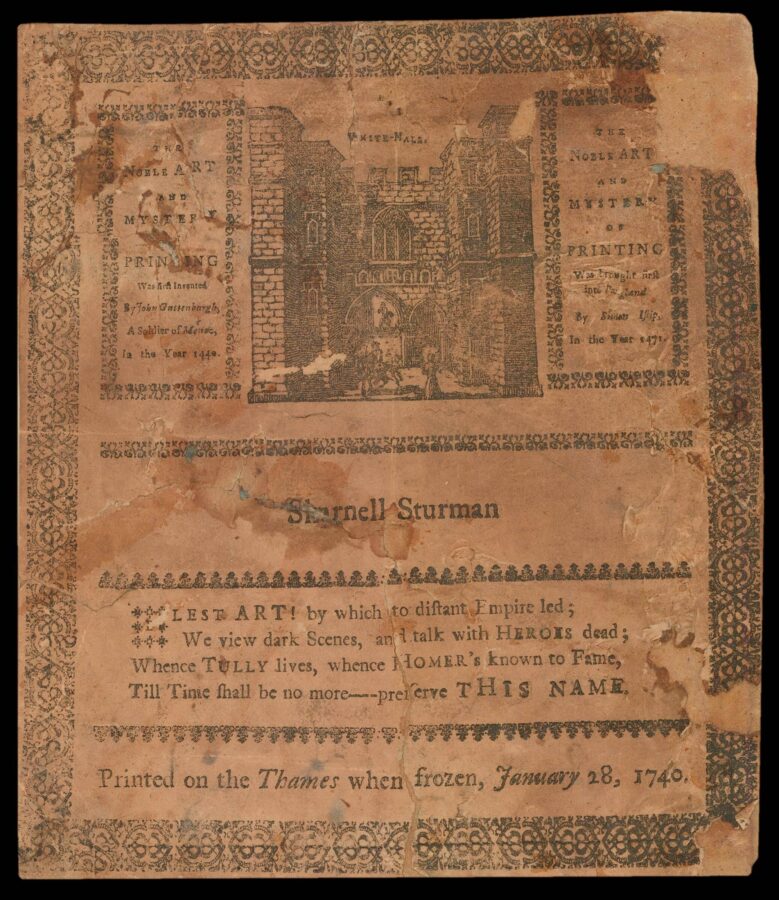 “Starnell Sturman” — their souvenir nameplate from the 1740 Frost Fair

In London, the winter of 1739 had started in October when easterly winds spread frosts across the British Isles. A more intense cold set-in on Christmas Eve, with severe frosts persisting day and night until February 17, 1740. Over the new year, temperatures reached ‑10 degrees centigrade in London. The diary of George Smith, one of Queen Anne’s proctors, from 1740 records that the ​“Thames froze over in 4 days, storm of wind 48 hours (30th Dec) Some people walked over the Thames (1st Jan) Frost continued till February 1st, when a thaw began in day, frost returning each night. Ice all gone in Thames upward but not broke about London (Feb 11th) Ice beings to run in Thames (13th Feb) Ice broke in Thames (17th) Ice gone at London (23rd)”.

Despite Smith’s claims that ​“some people walked over” the frozen river, there are many records of a large and popular fair having taken place atop the ice. During January, London’s entertainers, peddlers and merrymakers took to the frozen Thames to enjoy the food stalls, temporary pubs and printing presses that had been installed on it. The latter offered eager punters the chance to have a personalized print made for them, ​“printed on the Thames”. This generally meant the customer’s name – in this case ​“Starnell Sturman” — printed in a pre-set decorative border, often accompanied by some lines of verse or a small vignette.

This souvenir, with an engraving of St. John’s Gate in Clerkenwell, labelled ​“White-hall”, had appeared as the title-page of the ​‘Gentleman’s Magazine’ in 1733, and is here flanked by some information about the history of printing. The edges have a simple border, and along the lower edge, an imprint states that the print was made on ​“January 28, 1740”. 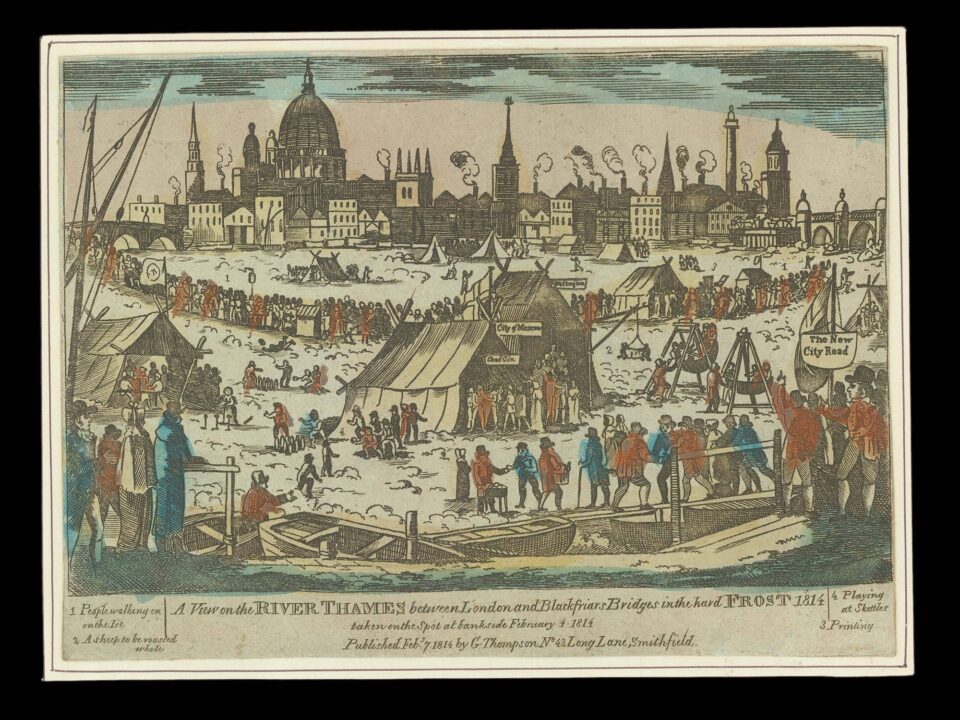