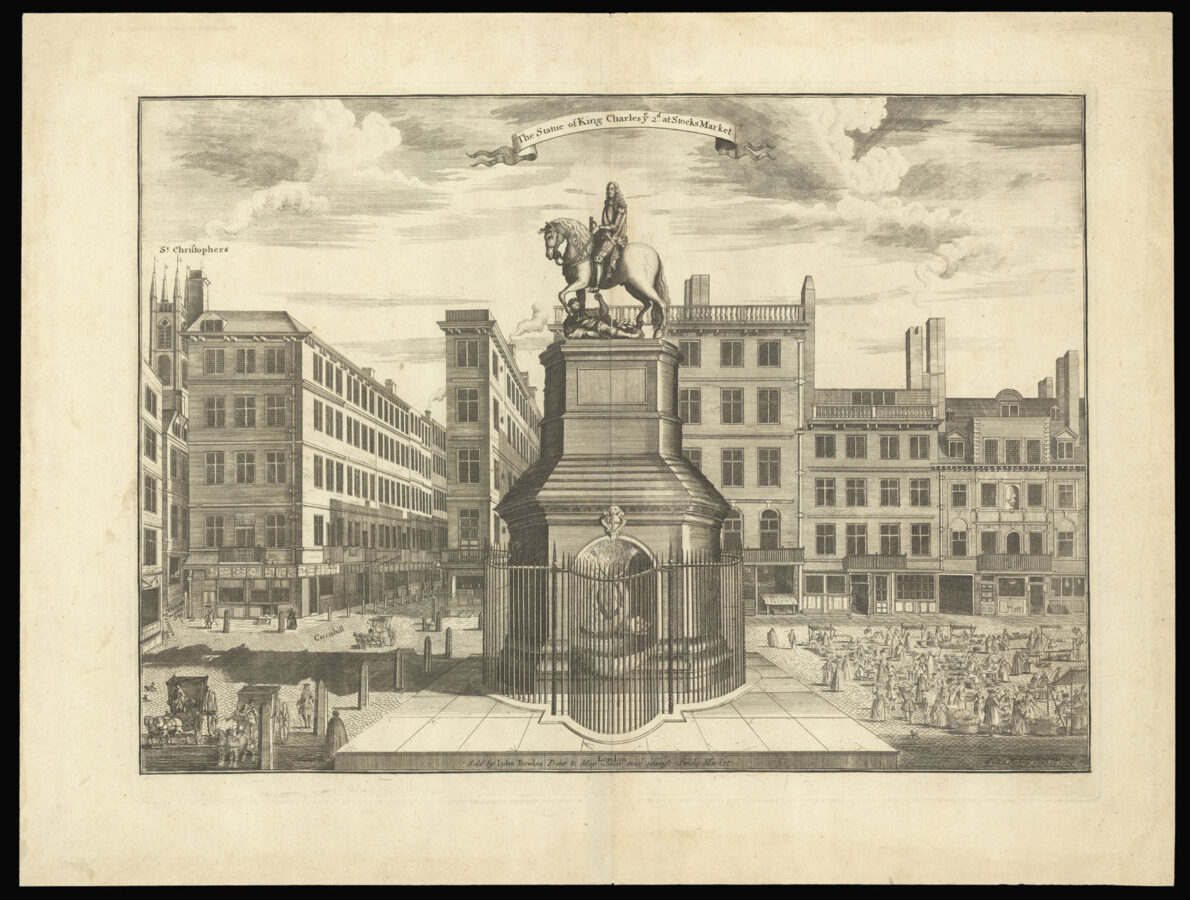 The Statue of King Charles ye 2nd at Stocks Market.

A view of the equestrian statue of Charles II, donated by Sir Robert Vyner. Sir Robert Vyner (1631–88) was a goldsmith and banker. He made the crown and orb for Charles II’s coronation in 1661, after the original Crown Jewels had been lost while his father Charles I was fleeing the country. Vyner was made goldsmith to the King and knighted as a reward, and became Lord Mayor of London in 1674.

In 1668 St Mary Woolchurch was demolished to make way for the construction of a new market, rebuilt as a fruit and vegetable market. The years after Vyner became Mayor, he erected the statue in the centre. The statue had in fact been bought from Europe as an unfinished statue of John Sobieski, King of Poland, trampling on a Turk. Vyner had the statue altered so that Sobieski’s head was replaced by Charles’s, and the Turk turned into Oliver Cromwell. The figure trampled under the horse’s hooves is dressed in flowing Eastern robes. The statue was moved to make way for the construction of Mansion House.