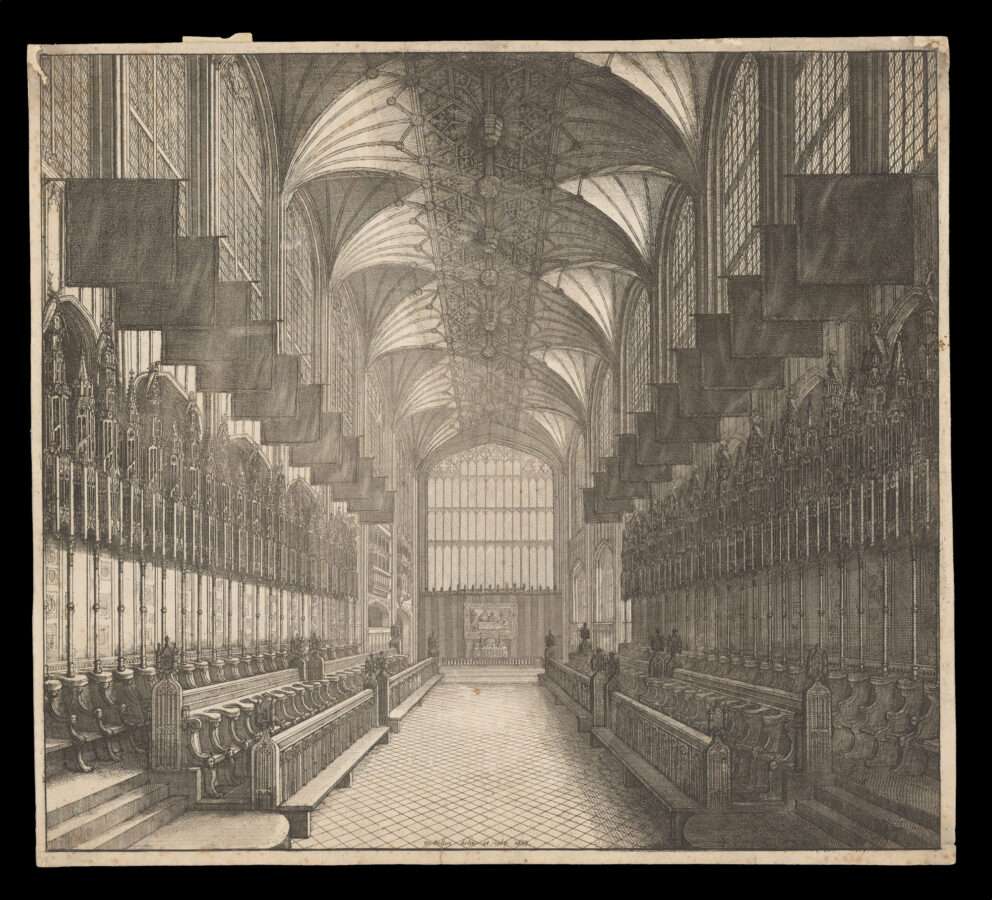 Originally founded by King Edward III in the fourteenth century and greatly extended during the following century, St. George’s Chapel at Windsor Castle served as the stage for numerous royal services, weddings and burials throughout history. As well as the bodies of kings, the chapel was also home to a fragment of the True Cross which attracted pilgrims during the late medieval period. Two decades before Hollar made the present print, the chapel had been plundered by Parliamentarian forces during the Civil War; in 1643 the lead was stripped from the roof and parts of Henry VIII’s funeral monument were stolen. Following his execution in 1649, Charles I was buried in a small vault in the centre of the choir. Following the restoration, St. George’s Chapel underwent a programme of repairs and reconstruction.

Hollar’s print shows the chapel from the west, facing the choir. All the walls have tall windows, and the north and south sides have flags hanging above the seats. The vaulted ceiling is just as detailed as the walls and seating. Executed in 1663, the print was later included in Elias Ashmole’s ​“The Order of the Garter” (1672), a detailed history of the order which has its spiritual headquarters at the chapel.