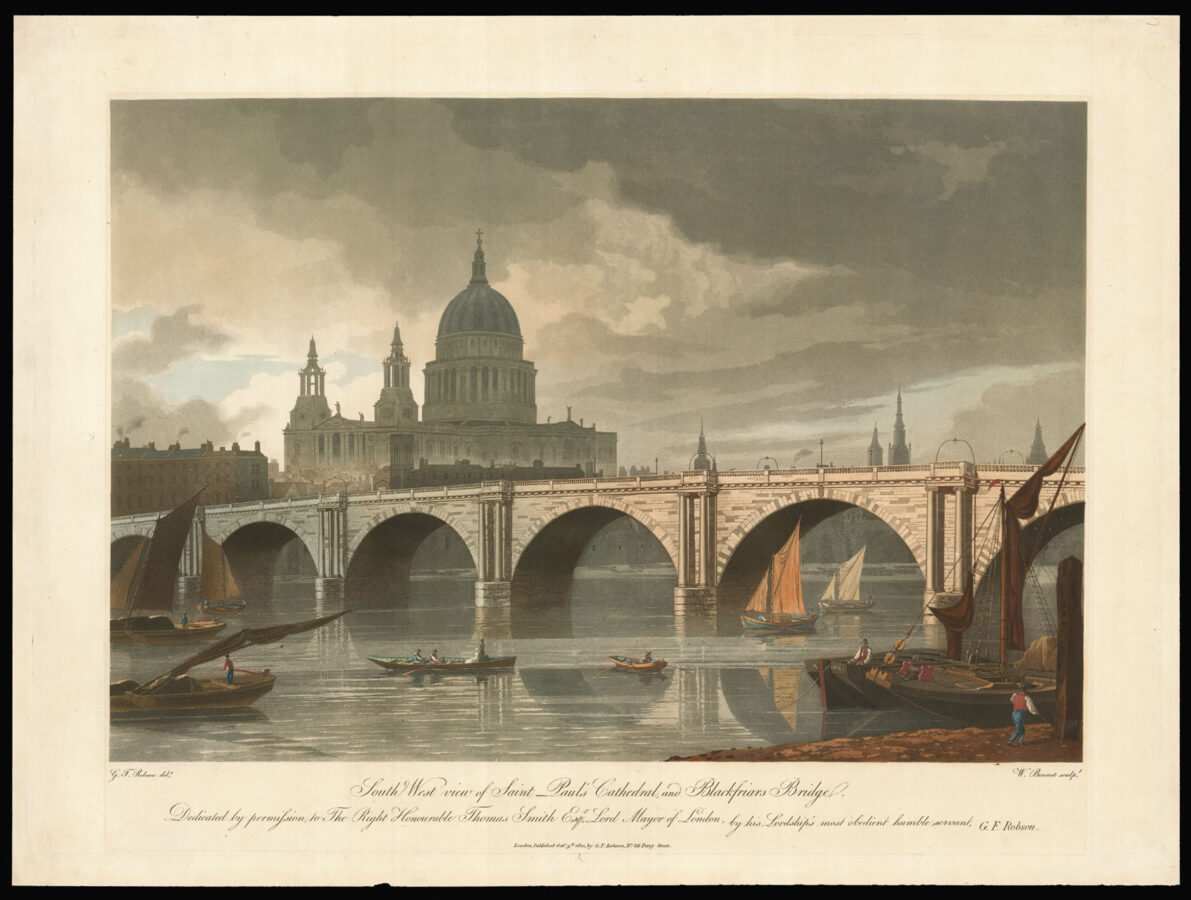 A view of St Paul’s Cathedral and Blackfriars Bridge. The cathedral is in shadow, but the bridge and river are bathed in sunlight.

The view is dedicated to Thomas Smith, the Lord Mayor of London for the year 1809, from the Worshipful Company of Leathersellers.

William James Bennett (1787−1844) was a British painter and engraver, active in the United States from 1816. He was a founder member of the Associated Artists in Watercolour in 1808, and twelve years later was elected an Associate of the Water Colour Society.

George Fennel Robson (1788–1833) was an English watercolour painter, exhibited at the Royal Academy in 1807. He was a member of the Society of Painters in Oil and Watercolour, and was elected president in 1819 for a year.