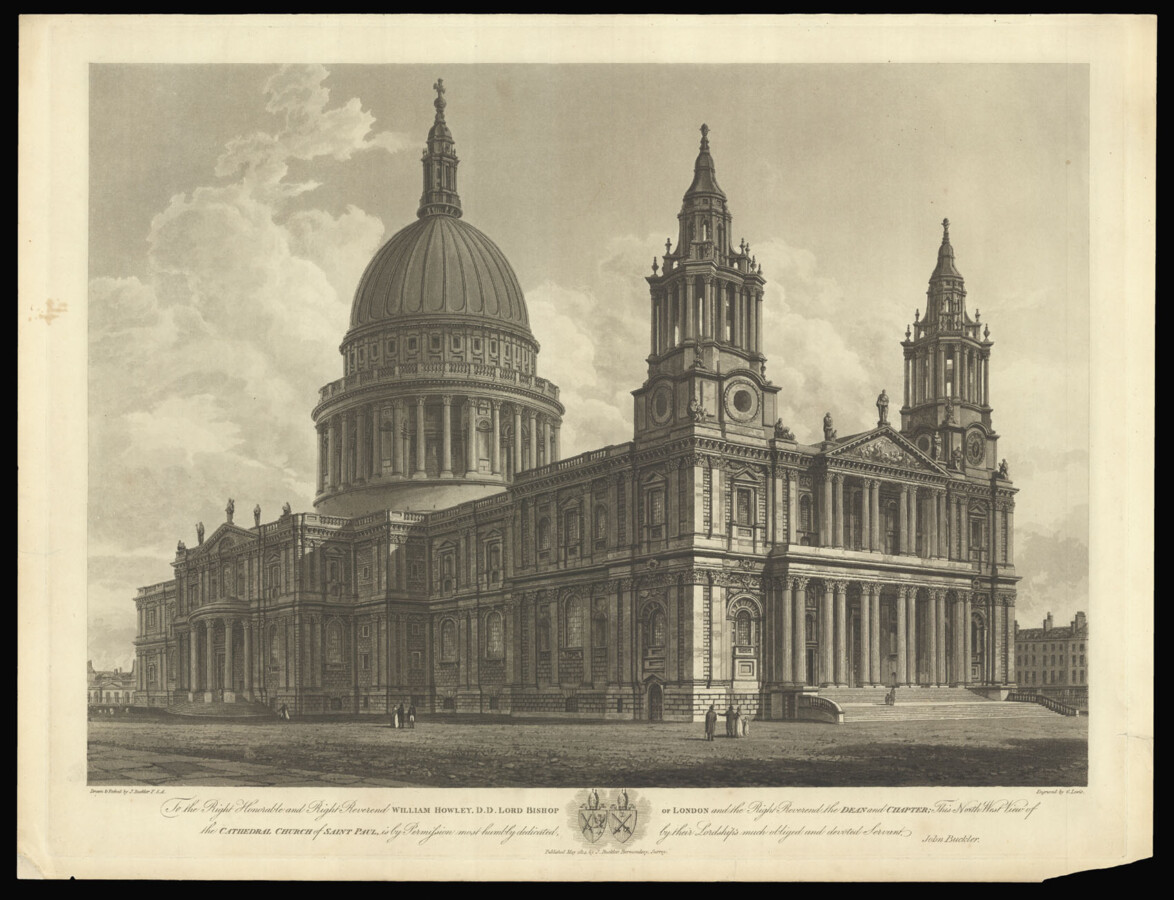 To the Right Honourable and Right Reverend William Howley, D.D. Lord Bishop of London and the Right Reverend the Dean and Chapter; This North West View of the Cathedral Church of Saint Paul, is by Permission most humbly dedicated, by their Lordship’s much obliged and devoted servant, John Buckler.

A view of the west front of St Paul’s Cathedral. John Buckler (1770–1851) was an estate manager and bailiff for Magdalene College, Oxford. He occasionally practised as an architect, designing Halkyn Castle, but was a much more prolific producer of architectural engravings. Around 1800 he began a series which was intended to encompass all the cathedrals in the country: this print of St Paul’s was produced near the completion of the series, which also included many college and parish churches. He was helped by his son John Chessel Buckler (1793–1894), who later published the ​‘Views of the Cathedral Churches of England and Wales’, using his own text and his father’s engravings.