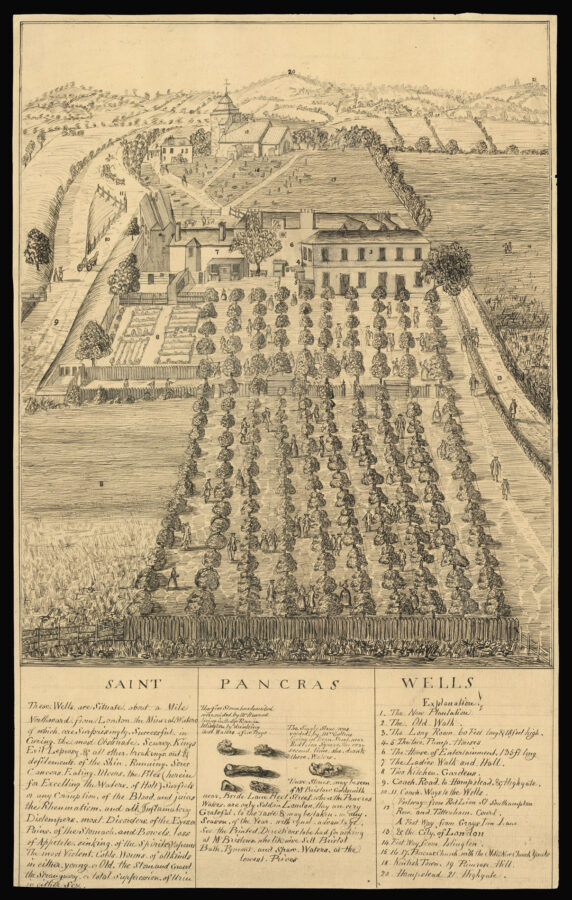 A drawing of Saint Pancras Wells. The area around what is now King’s Cross was famous for its medicinal springs, and there were several wells in the area where Londoners could go to take the waters. The stones illustrated in the caption below the image were supposedly voided by people who had drunk the waters at St Pancras: they were also claimed as a cure for scrofula, leprosy and scurvy. The wells were named after the church, thought to be one of the oldest in England, which is visible in the background. The Wells grew into a destination for daytrippers as well as invalids: there were two pump rooms, tree-lined avenues for walking and a dining hall that could seat 200 people. A public house, the Adam and Eve, was built next to the church itself, visible in the print.

This drawing, or one similar, was amongst those reproduced by the forger Peter Thompson. The British Museum holds two variants, but the present copy has most in common with the earlier variant.