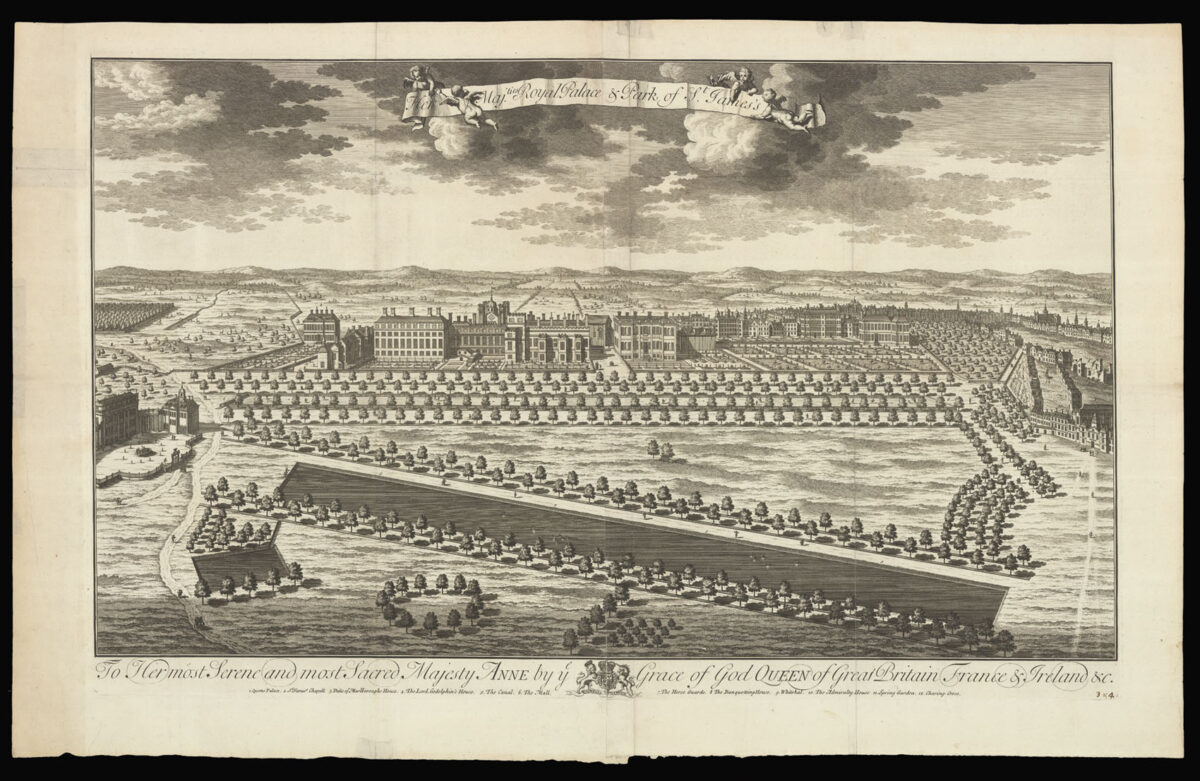 Her Maj[es]ties Royal Palace & Park of St. James’s. To Her most Serene and most Sacred Majesty Anne by ye Grace of God Queen of Great Britain France and Ireland &c.

A view of St James’s Park from ​‘Britannia Illustrata’, one of the most famous topographical series of the eighteenth century. ​‘Britannia Illustrata’ was conceived by David Mortier as a survey of the most important buildings in the country, drawn by Leonard Knyff and engraved by Johannes Kip. It was first published in 1707, then reissued and expanded with a French title in 1708–1713. The lack of French title indicates the date of the present example. The view is taken from south of St James’s Park looking north. To the far left is Buckingham House (later Buckingham Palace); other buildings depicted include St James’s Palace, Marlborough House, Banqueting House, and Whitehall. There is a numbered key to the buildings at the lower edge of the print.

The map’s dedication to Anne is worth noting because it refers to her as the Queen of Great Britain: Great Britain came into existence in 1707, the year the print was made, after the Act of Union between England and Scotland was ratified.

Johannes Kip (c1653-1722) was a Dutch draughtsman, dealer and engraver. He worked at the court of William, Prince of Orange in the Netherlands, and when William and his wife Queen Mary took the British throne he followed them to London. The artist Leonard Knyff (1650–1722), also from the Netherlands, came to London in 1681.