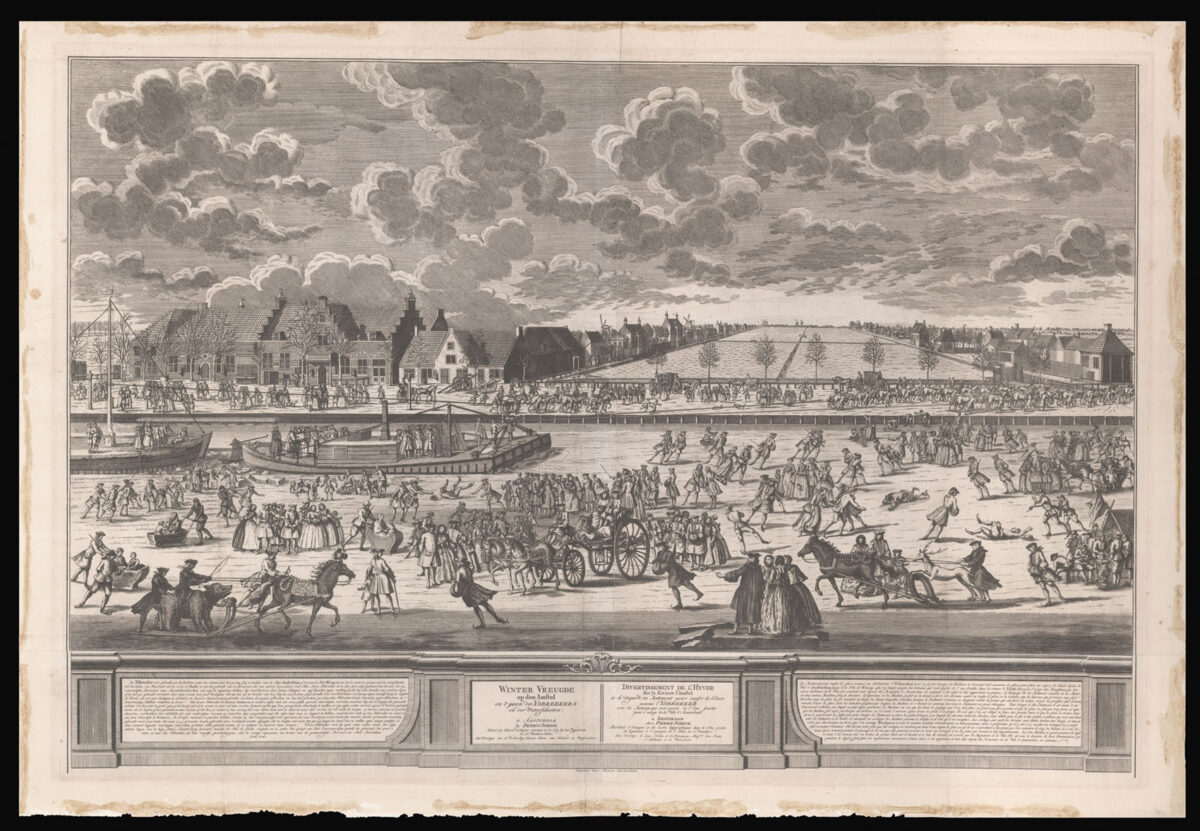 Skating on the Amstel

A large winter scene from the Amstel dike towards Weesp.

The scene is replete with a wealth of activity on the frozen water, with among other things skaters, carriages, sledges, a cafe on the ice, andmost notably a horse-drawn icebreaker. The icebreakers kept the Amstel open by order of the beer brewers to provide for fresh drinking water from the Vecht river.

At bottom left and right descriptions in Dutch and French about the icebreakers. On the far left is the entrance to the ​‘Oliphantspad’; to the right the ​‘Lokhorst’ and the tavern the ​‘Ysbreker”.