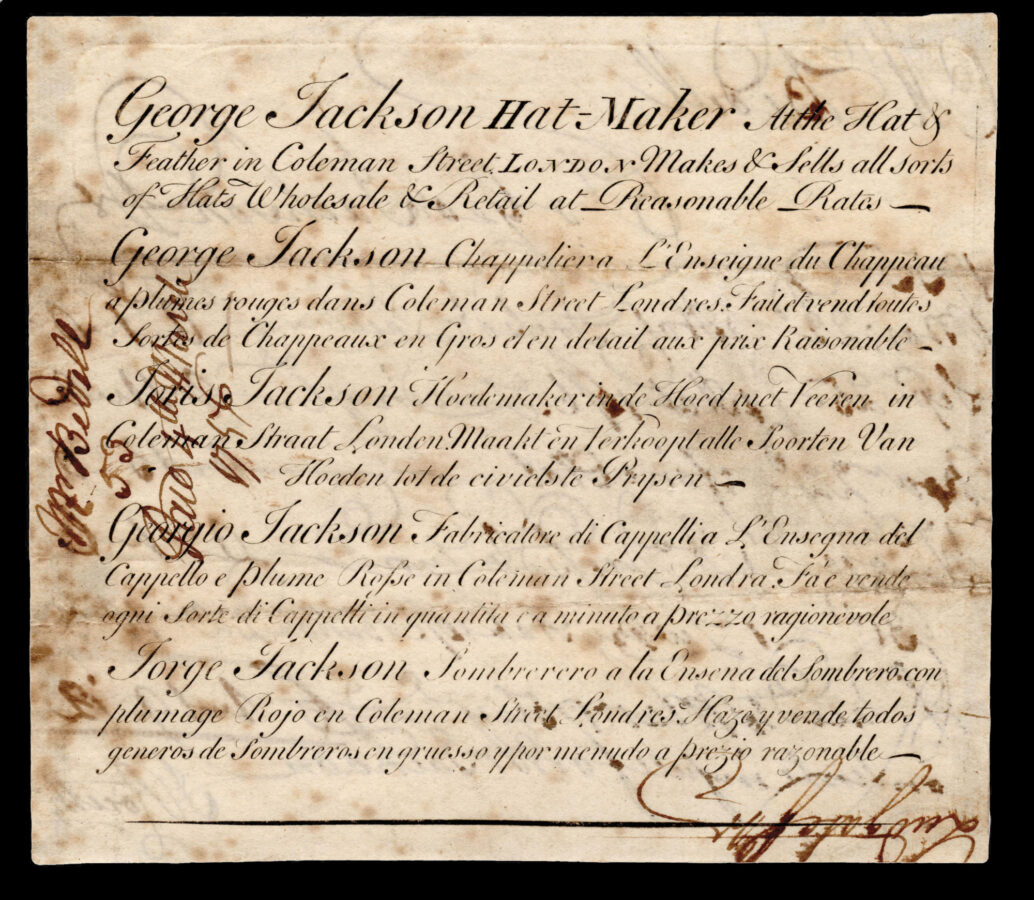 Trade card for the long-established hat-maker, George Jackson, who worked under the sign of the hat and feather in Coleman Street, London. Legal action taken by a large group including Jackson demonstrates that he was active as a hatter on Coleman Street in 1757. The records of the Sun Fire Office show that Jackson was still insured at Number 74 in 1788, and ​‘Kent’s Directory for the Year 1793’ and the ​‘Declaration of the Merchants, Bankers, Traders, and other inhabitants of London’ in 1795 both list Jackson in the same profession at the same address.

Jackson’s career not only spanned many decades but also appears to have attracted clients from far and wide. Rather than being decorated with an elaborate design or depiction of his shop sign, Jackson’s trade card uses every available bit of space to advertise his services in five different European languages. In French, ​“George Jackson hat-maker” becomes known as ​“George Jackson Chappelier”, in German he is ​“Joris Jackson Hoedemaker”, in Italian ​“Georgio Jackson Fabricatore di Cappellia” and in Spanish ​“Jorge Jackson Sombrerero”. 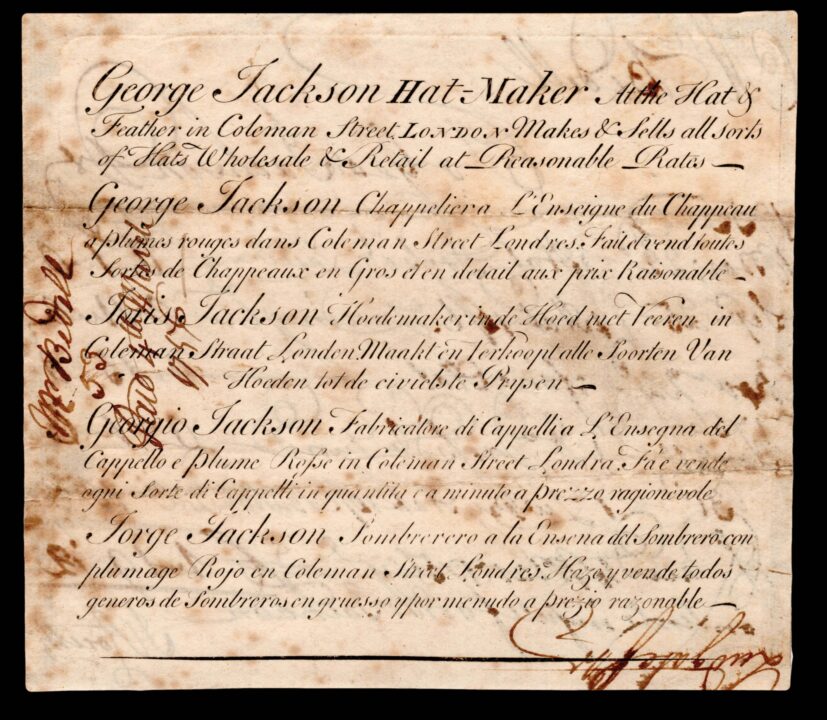