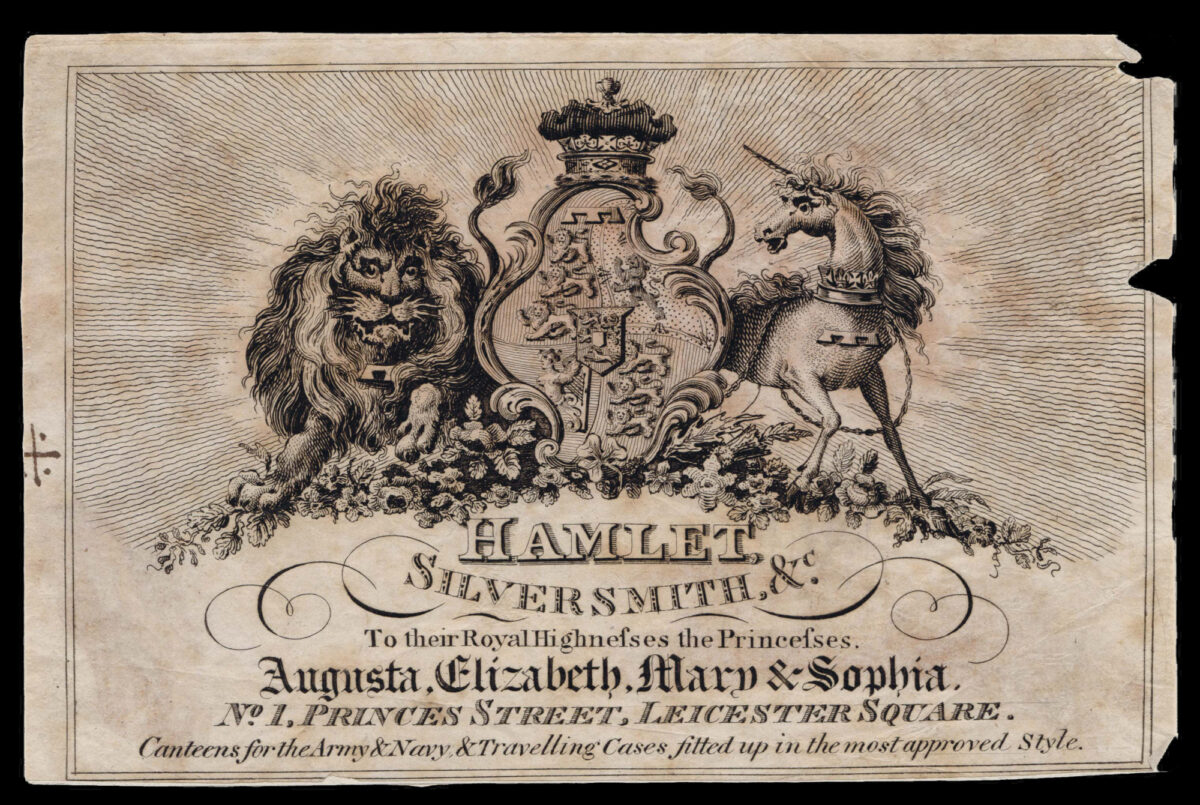 S is for Silversmith

Hamlet, Silversmith &c. To their Royal Highnesses the Princesses. Augusta, Elizabeth, Mary & Sophia… Canteens for the Army & Navy & Travelling Cases fitted up in the most approved Style.

Born in 1770, Thomas Hamlet launched his career in 1793 manufacturing and selling canes, sticks, whips and umbrellas from his premises at 2 St. Martin’s Court, Leicester Square, before going into partnership with a watchmaker named Francis Lambert around 1800. By 1808, he had moved to a shop at 1 Princes Street, which would be his abode until his retirement in 1849, although the London Directory of 1817 mistakenly lists Hamlet at 182 Princes Street.

In 1828 Hamlet launched an endeavour descripted in ​‘The Era Almanack’ as ““the Royal Bazaar, British Diorama, and Exhibition of Works of Art”…and was the first attempt every made to combine with other. attractions those stalls for the disposal of. fancy articles which had already been considered a novelty at the establishment. in Soho-square”. Apparently the diorama was not a success, and Hamlet soon declared his bankruptcy. This happened once again in 1842, with the London Gazette listing his appearance in court.


Numerous trade cards, billheads, advertisements, reports and, above all, examples of his work, remain today as evidence of Hamlet’s commercial success before the financial difficulties he experienced later in life. He counted among his many customers members of the British royal family, including the sisters of George IV listed on the present card: Princesses Augusta, Elizabeth, Mary and Sophia. Hamlet was, in fact, Goldsmith to the King, as indicated by the stylised royal crest dominating his trade card. 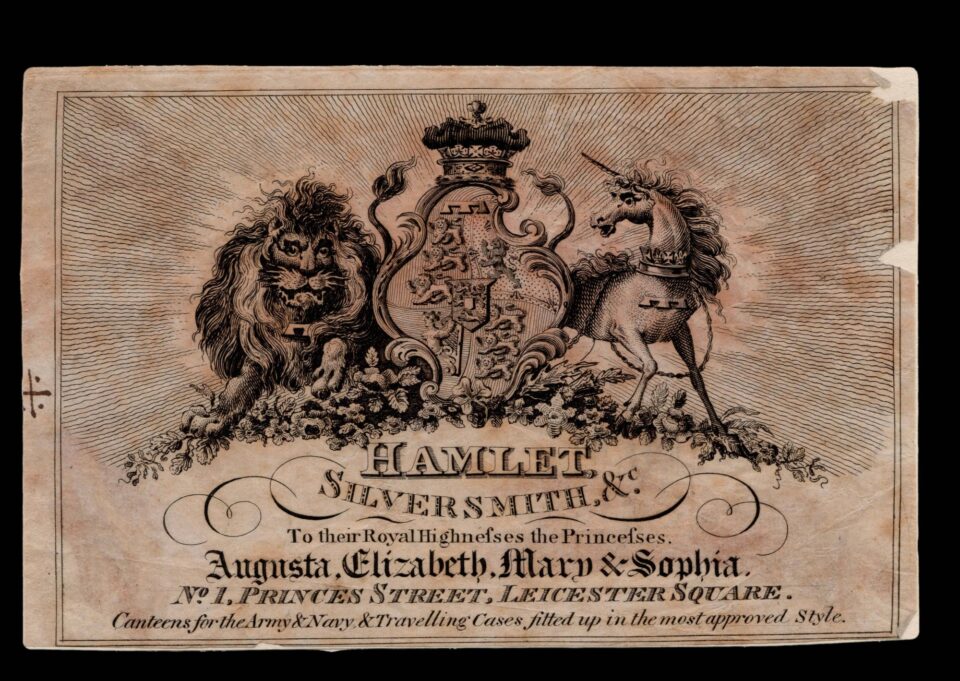