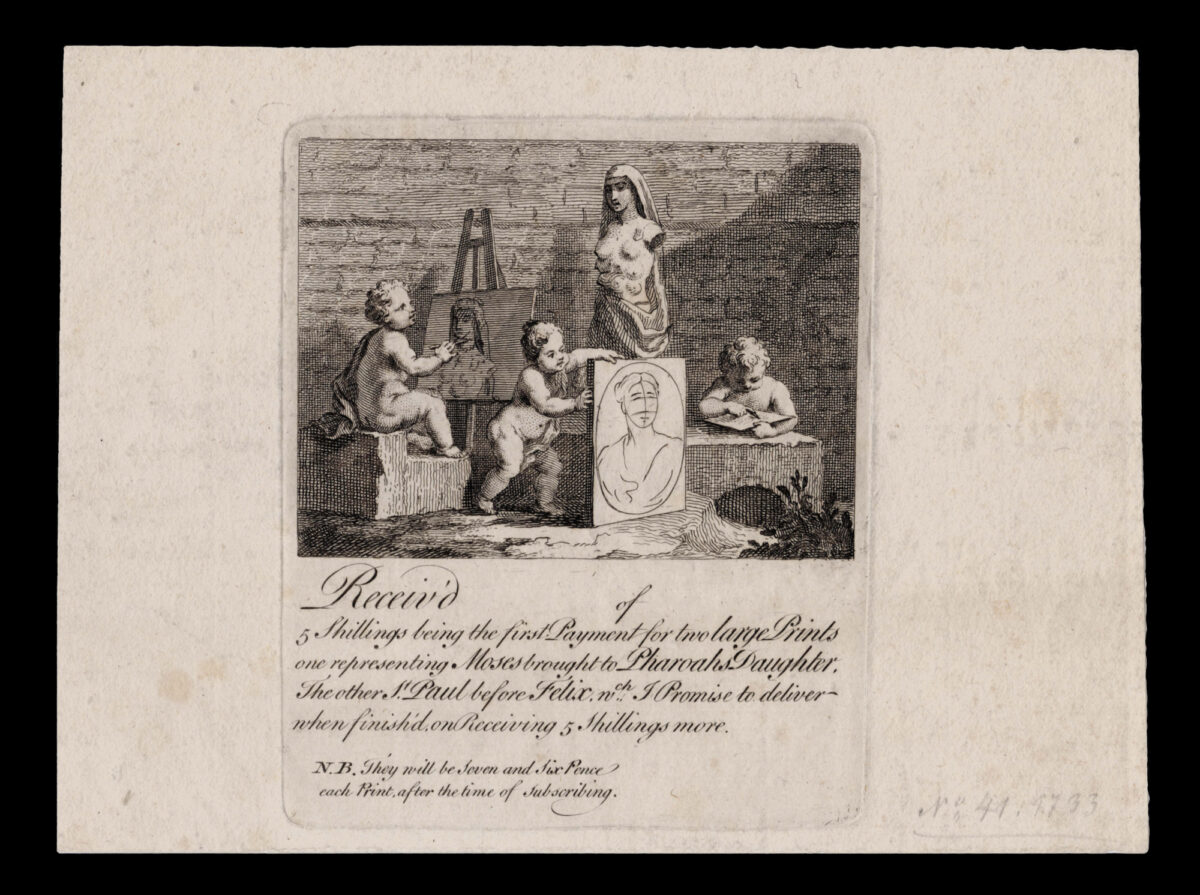 S is for Satirist

Unused subscription ticket for William Hogarth’s prints ​‘Moses brought to Pharaoh’s Daughter’ and ​‘St Paul before Felix’. Hogarth’s ​‘Boys Peeping at Nature’ is a pastiche of a ​“life class”, and shows three putti painting, drawing and etching the likeness of a statue of the many-breasted Diana of Ephesus. The image was first used to record subscriptions for Hogarth’s series ​‘A Harlot’s Progress’ in 1731, then for ​‘The Four Times of the Day’ and ​‘Strolling Actresses’. In the earlier iterations, the putti in the center of the image is sneaking a peek up Diana’s dress. This fourth state of ticket was reprinted on wove paper in 1822.

The ticket reads: ​“Receiv’d […] of […] 5 Shillings being the first Payment for two large Prints one representing Moses brought to Pharoah’s Daughter, The other St. Paul before Felix. wch. I Promise to Deliver when finish’d, on Receiving 5 Shillings more./N.B. They will be Seven and Six Pence each Print, after the time of subscribing”. 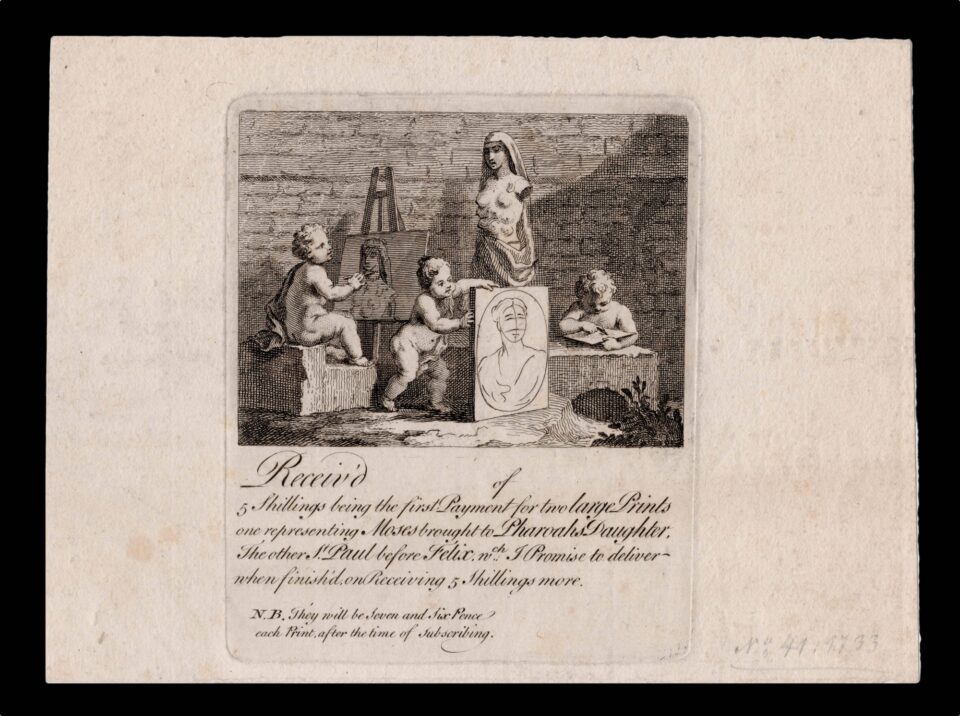