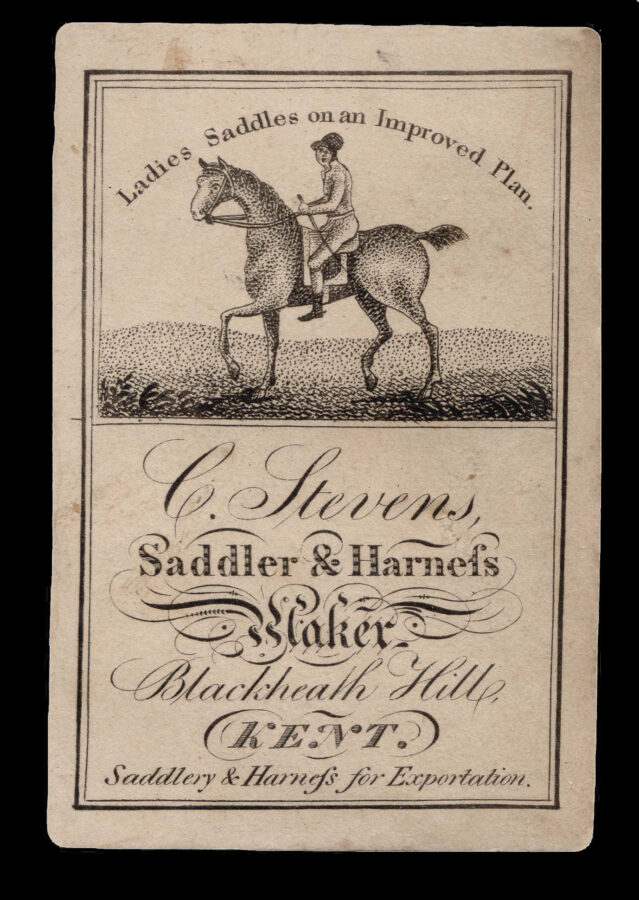 S is for Saddler

Trade card of Charles Kemball, manufacturer and merchant of sadldlers, harness and other equestrian accessories. The most remarkable thing about the card is that it advertises ​“Ladies Saddles on an Improved Plan”, illustrated by an engraving that appears to show a woman riding astride, rather than side-saddle. During the early nineteenth century, it was still considered uncouth and undignified for a woman to ride astride, although many undoubtedly did so, particularly for more intense equestrian activities.

It does not appear that Kemball ever took out a patent for his ​“improved plan”, however, nor is any innovation in design recorded to have come from him. In fact, The London Gazette of 1833 announced ​“a Meeting of the Creditors of Charles Kemball Steven (sued as Charles Stevens), late of Blackheath-Hill, in the County of Kent, Saddler and Harness-Maker, an Insolvent Debtor”. And yet in 1843 ​‘The Post Office London Directory’ listed Stevens as a saddler operating from 2 Clifton street north, Finsbury.

An interesting work, claimed to have been written and published in New York, but which was likely written under a pseudonym, entitled ​‘Kings, the Devil’s Viceroys and Representatives on Earth’ (1838) lists ​“Stevens Charles, Billericay, baker and saddler” in its long list of bankruptcies that occurred in 1810, illustrating the disastrous domestic economic impact of Britain’s recent wars abroad. Although it is not certain, this could be the same saddler who had relocated and reinvigorated his business after the bankruptcy of 1833. 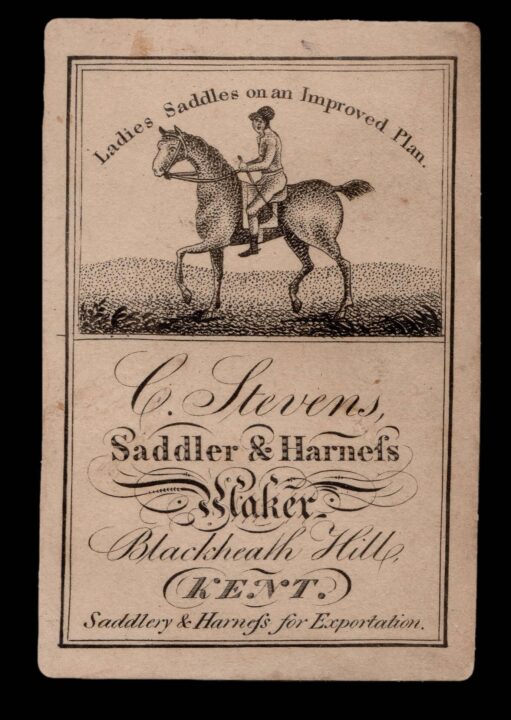