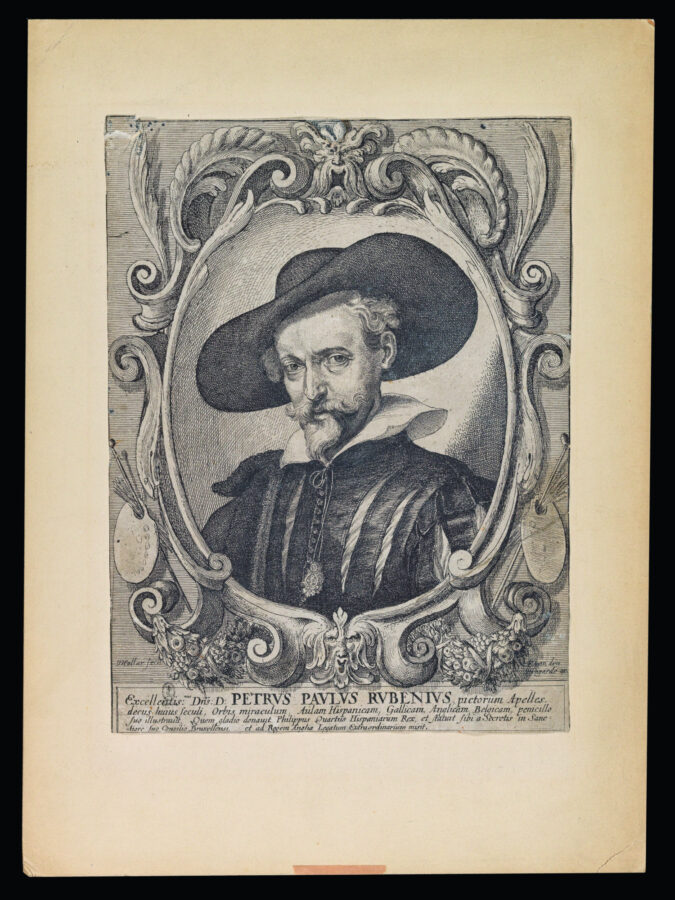 Flemish artist Peter Paul Rubens had executed a self-portrait when he was 50, which was subsequently re-engraved and published by numerous printmakers. Wenceslaus Hollar produced a version in the mid-seventeenth century, probably based on David Huatt’s from c1730. It shows the bust of Rubens wearing a wide-brimmed hat and slashed doublet with a floaty collar. The image is set within an ornate oval frame decorated paintbrushes and palettes. Beneath the portrait are lines that also appeared on Huatt’s print:

​‘The most excellent Sir Peter Paul Rubens, the Apelles of painters, the glory of this age; with his brush he illustrated the marvel of the world, the court of Spain, of France, of England, of Belgium. Philip the Fourth of Spain knighted him, and placed him as the private secretary of his honoured council at Brussels, and then sent him an special ambassador to the King of England.’