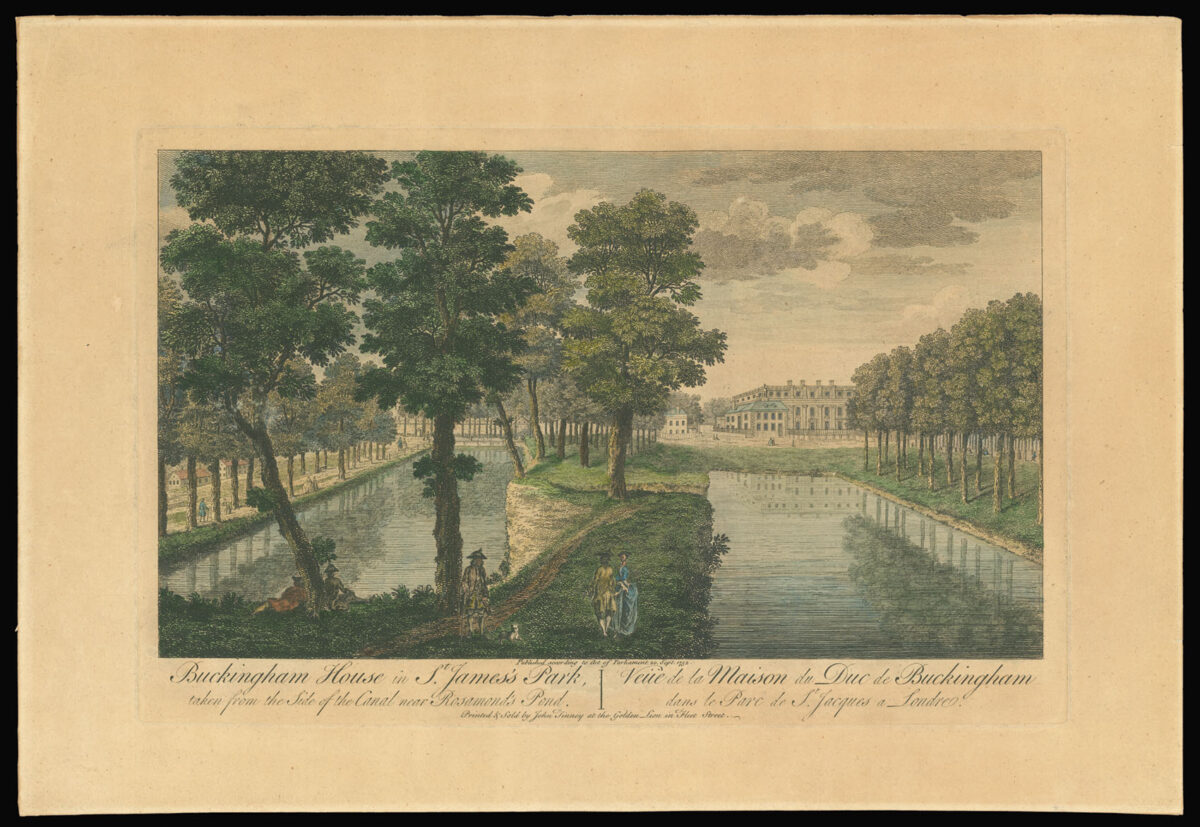 Buckingham House in St James’s Park taken from the Side of the Canal near Rosamond’s Pond.

A rare print of St James’s Park, showing visitors relaxing and flirting by the water.

Rosamond’s Pond was a large pool in the park, possibly named for Rosamund Clifford, the mistress of Henry II. Its association with thwarted love (Rosamund was supposedly killed by Henry’s wife Eleanor of Aquitaine as revenge for her husband’s infidelity) made it a favourite meeting place for lovers and duellists. Less appealingly, Alexander Pope mentioned it in ​‘The Rape of the Lock’ as a place for suicides. Fanny Burney joked in her memoirs that if a man whom she liked ever read her work and found himself in it she would ​“make a little trip to Rosamond’s Pond”. The pond was filled in by 1771.

John Tinney (1706–1761) was an engraver, printseller, mapseller, and publisher. He set up shop in 1734 in Cannon Street, and later moved to Fleet Street. He worked with many of the leading map and print publishers of the day; most notably John Rocque, for whom he published his monumental 24 sheet map of London.