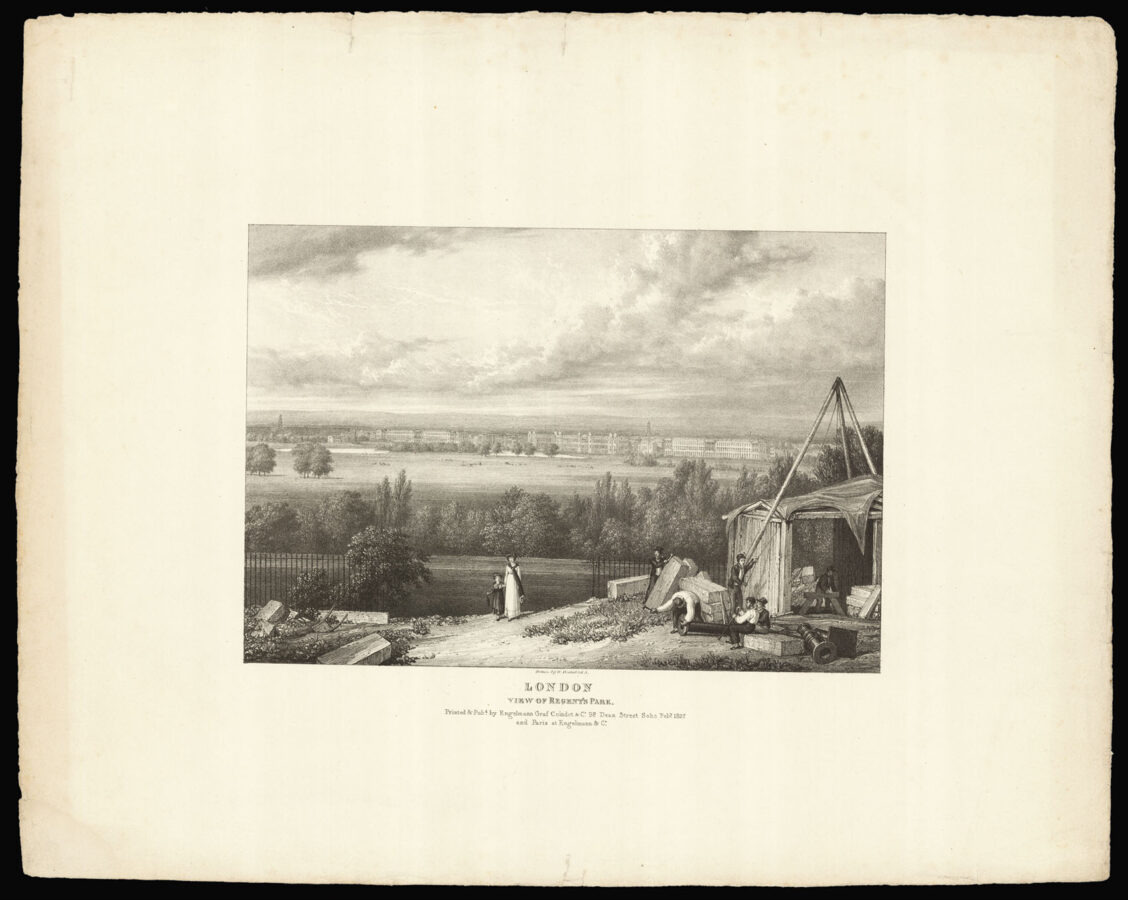 A view of Regent’s Park looking towards the south west and a view of London from Greenwich Park.

William Westall (1781–1850) was a British painter and engraver. Westall was in his first year at the Royal Academy when he was put forward to serve as official artist on the voyage of Matthew Flinders, the first recorded person to circumnavigate Australia and name it as a continent. He made drawings of the Australian landscape and people, and won a race to the highest mountain in Port Bowen and therefore the right to name it, which is why it is now called Mount Westall. After his return he worked mainly in illustration and landscape views. 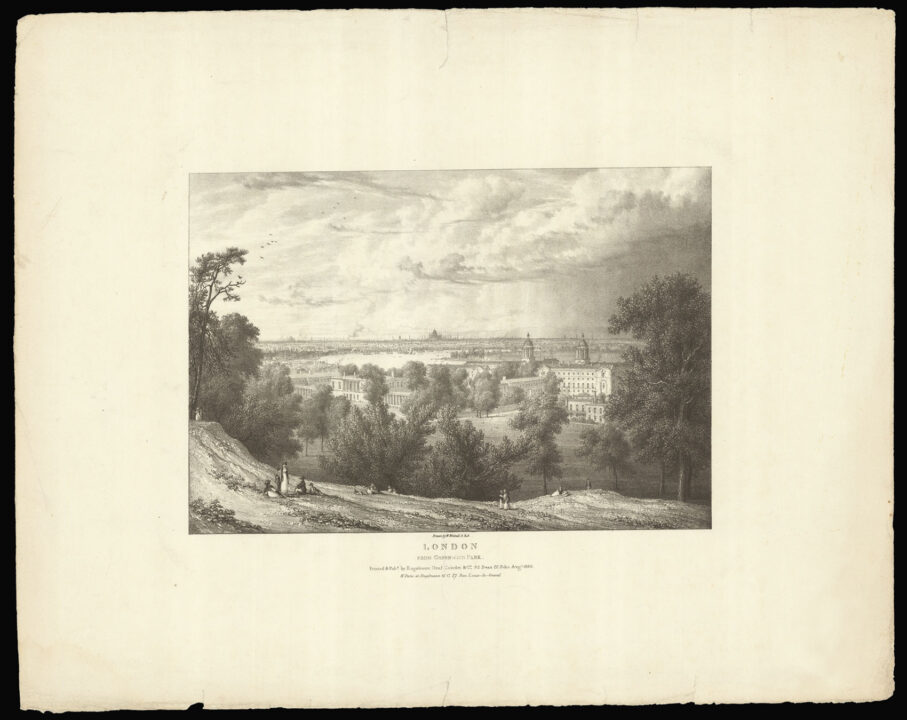