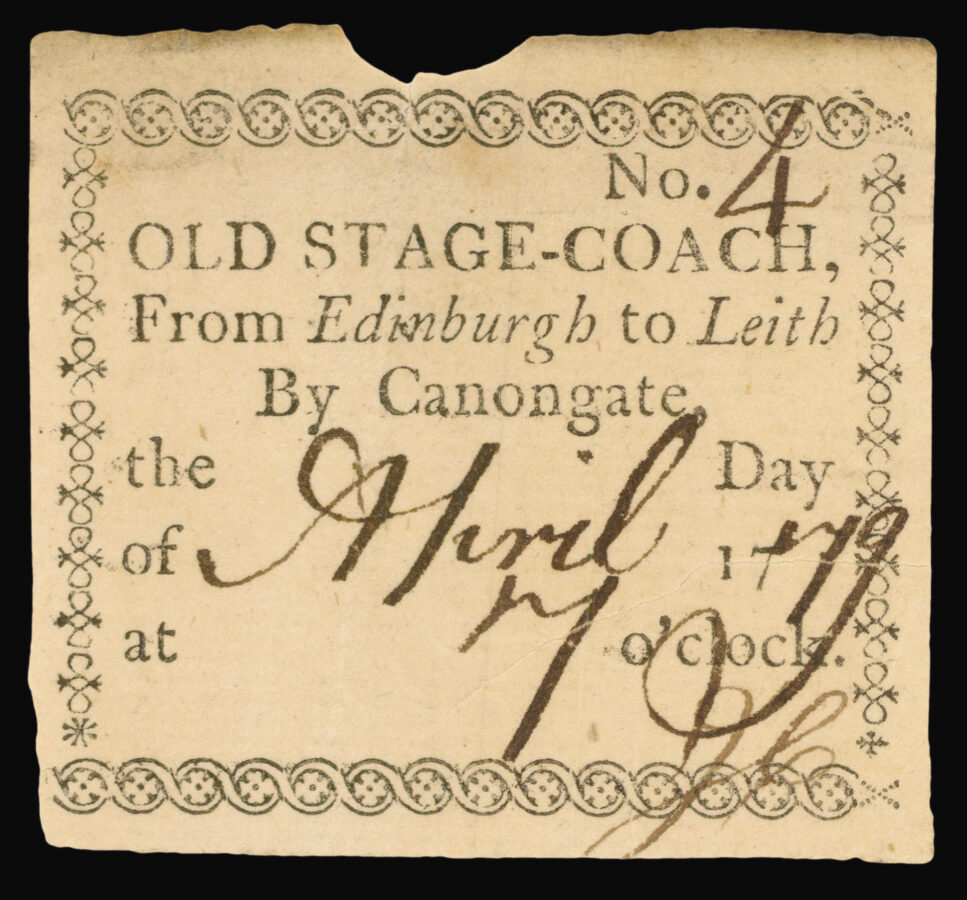 A stagecoach ticket for a journey from Edinburgh to Leith dated April 1779.

The stagecoach was a covered carriage for carrying passengers or goods. Strongly sprung and generally drawn by four horses, the coach would make make relatively short trips between ​‘stages’ (often inns or public houses), where the passengers could rest and the horses be changed or refreshed.

The first stagecoach route started in 1610 and ran from Edinburgh to Leith. This was followed by a steady proliferation of other routes around the country. Due to the poor condition of the roads the majority of journeys were slow, with the average speed being between 4–5 miles per hour; times would not improve considerably until the late eighteenth century, when improved road building technology were introduced.

​‘The Statistical Account of Scotland’, by John Sinclair, published between 1791 and 1799, provides some useful information regarding the Edinburgh to Leith route. In 1763, there were two stagecoaches, with three horses, a coachman, and postillion to each coach, which went to the port of Leith from Edinburgh (a mile and a half distant) every hour from eight in the morning, till eight at night, and consumed a full hour upon the road. In 1783, there were five or six stagecoaches to Leith every half-hour, which ran it in fifteen minutes.