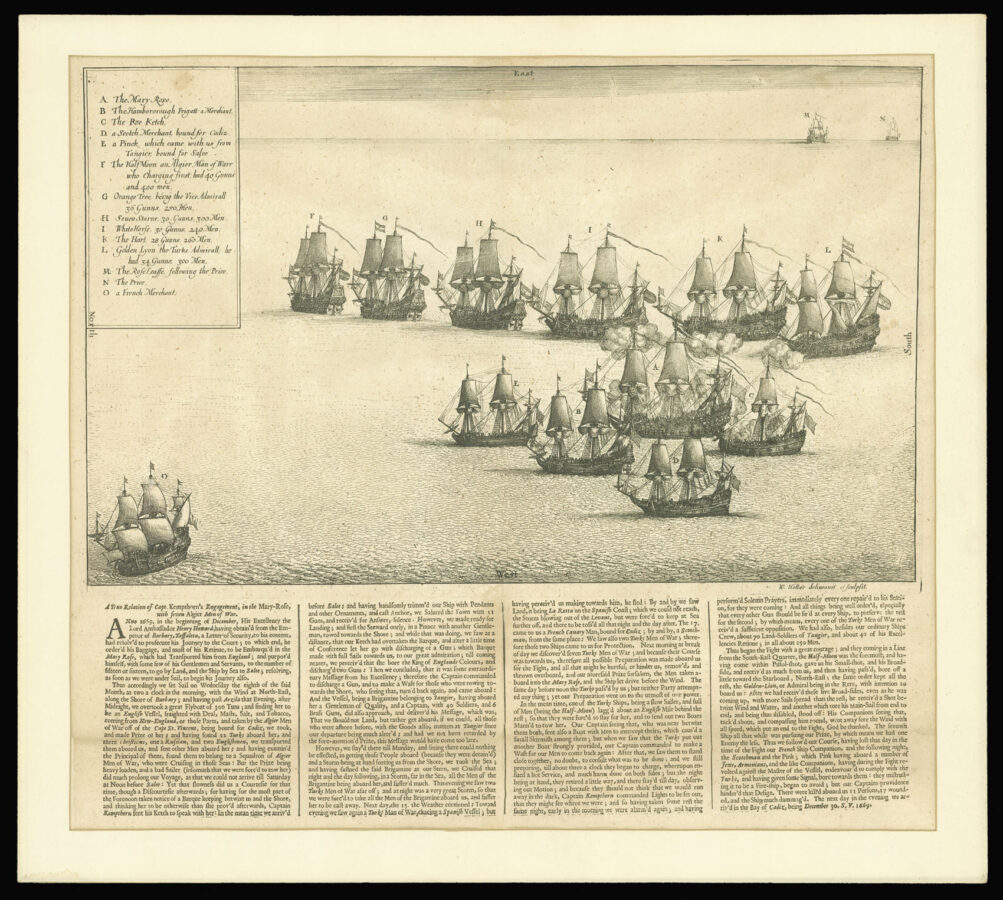 Rare depiction of the Battle of Cadiz

A True Relation of Capt. Kempthorn’s Engagement, in the Mary-Rose with seven Algier Men of War.

The battle of Cádiz of 1669, was a naval engagement fought 18–19 December 1669[1] in the waters near Cádiz between the English fourth-rate frigate Mary Rose under the command of Rear-Admiral John Kempthorne, escorting several merchantmen, and a group of seven pirate ships operating out of Algiers. The incident was recorded and drawn by the engraver Wenceslaus Hollar, with an engraving appearing in John Ogilby’s Africa.

​“On a calm sea six pirate ships in line are passing to windward of the two English warships and firing broadsides in turn. The English ships are protecting three merchantmen to leeward. In the lower left corner a French ship is sailing away, and on the horizon another pirate vessel pursues a solitary merchantman”.